Mom claims her daughter was called ‘busty’ by a teacher

A mom claims her 17-year-old daughter was branded ‘busty’ and ‘plus sized’ by a teacher and pulled out of class for wearing a blouse that ‘didn’t cover her cleavage properly’.

Melissa Barber says her daughter Kelsey Anderson was singled out in front of her peers at Joplin High School, in Joplin, Missouri, after the teacher claimed that her long-sleeved blouse and jeans violated the dress code.

When Kelsey asked why she had been reprimanded, the teacher reportedly told her that ‘bustier women need to wear clothing that covers their cleavage’ and ‘plus-sized women need to dress accordingly’.

‘Your boobs are bigger than most girls, and you are gonna have to try harder’: Melissa said her daughter was sent to the principal’s office after being ‘sexualized’ in front of her class 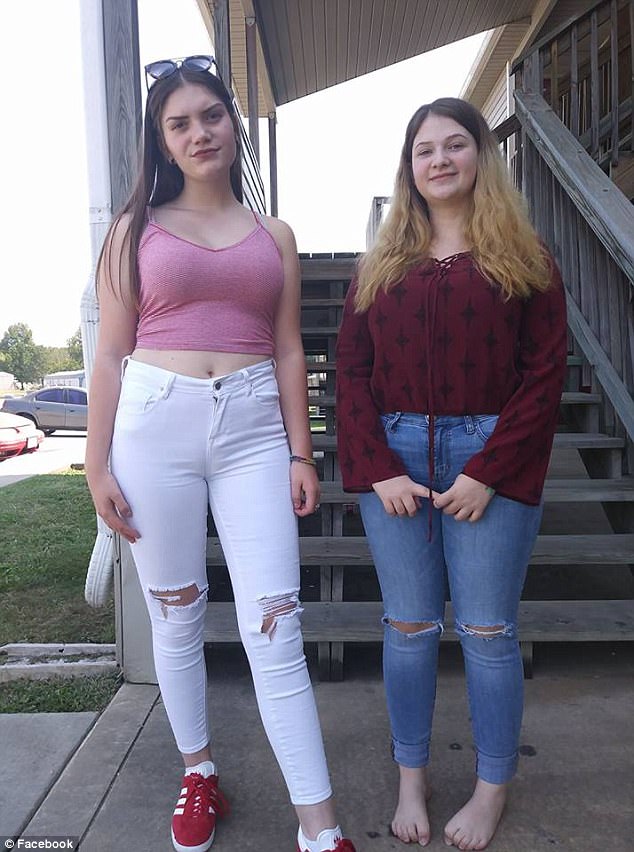 ‘Only one of these girls got dress code violated today’: Melissa posted picture of Kelsey next to another student in an outfit that showed her stomach (pictured)

Melissa claims Kelsey was sent to the principal’s office by her female child development teacher after being “sexualized” in front of her classmates.

She shared a photo of the outfit and wrote: ‘This is the shirt that just got my 17-year-old dress coded.

‘The teacher said, “Your boobs are bigger than most girls, and you are gonna have to try harder.”

‘She really needs to not speak to my daughter like that. What is wrong with the way this child is dressed????’

Melissa also shared a picture of Kelsey next to another student in an outfit that showed her stomach and wrote: ‘Only one of these girls got dress code violated today.’

In a now-viral Facebook post, mom Melissa fumed: ‘How often does this happen to your sons? Seems like another way to keep girls uneducated. #sheisnotadistraction #letthegirlslearn.’ 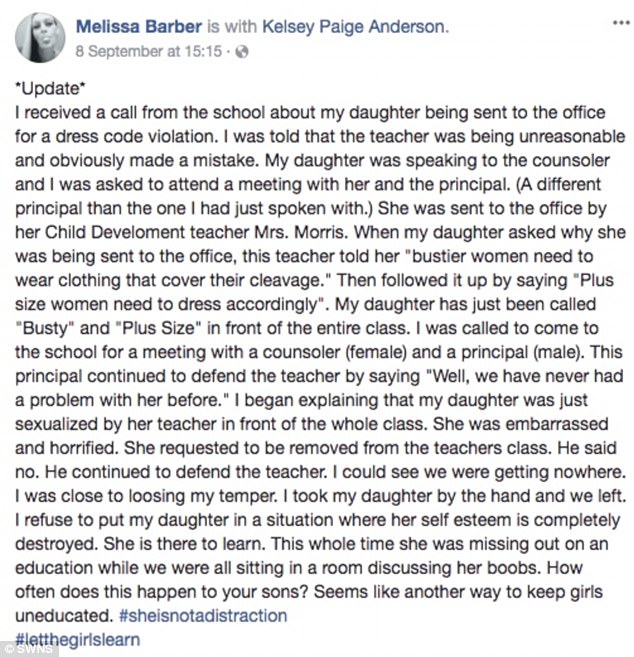 Update: The Missouri mom took to Facebook to explain what happened after her daughter was pulled out of class for wearing a long-sleeved shirt and jeans (pictured) 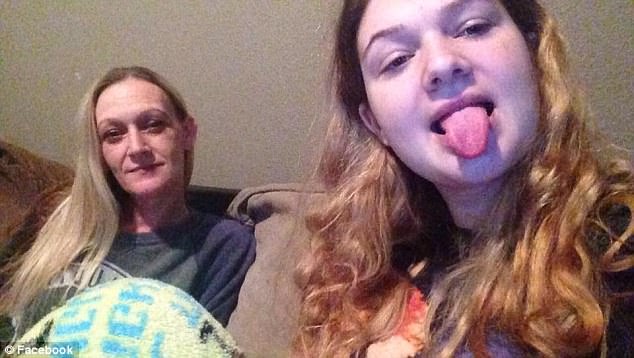 Viral: Melissa’s Facebook post has been liked and shared more than 40,000 times since it was posted after the incident on Friday (Melissa and Kelsey pictured) 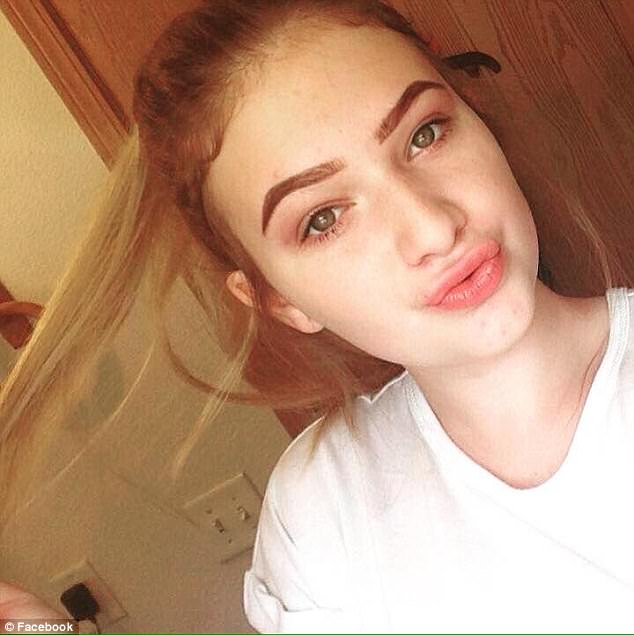 Unheard: According to Melissa, Kelsey (pictured) asked to be removed from the teacher’s class but the principal said no

Melissa wrote that she received a call from the school telling her Kelsey had been sent to the principal’s office for dress code violation, was told that the ‘the teacher was being unreasonable and obviously made a mistake,’ and asked to attend a meeting with her daughter and a different principal.

Her post went on: ‘This principal continued to defend the teacher by saying, “Well, we have never had a problem with her before.”

‘I began explaining that my daughter was just sexualized by her teacher in front of the whole class. She was embarrassed and horrified.

‘She requested to be removed from the teacher’s class. He said no. He continued to defend the teacher. I could see we were getting nowhere.

‘I was close to losing my temper. I took my daughter by the hand and we left.

‘I refuse to put my daughter in a situation where her self esteem is completely destroyed. She is there to learn.

‘This whole time she was missing out on an education while we were all sitting in a room discussing her boobs.’

Melissa’s words have been liked and shared more than 40,000 times since they were posted after the incident on Friday and have sparked a backlash on social media.

One commenter, Lynda Menicucci Farrenkopf, wrote: ‘Both of them need glasses. Her clothes are fine. That’s ridiculous. She’s a pretty girl and is dressed appropriately.’

‘Number one, she isn’t even “plus sized” and number two someone please tell me where her boobs are even showing in that shirt,’ said Kc Richards. 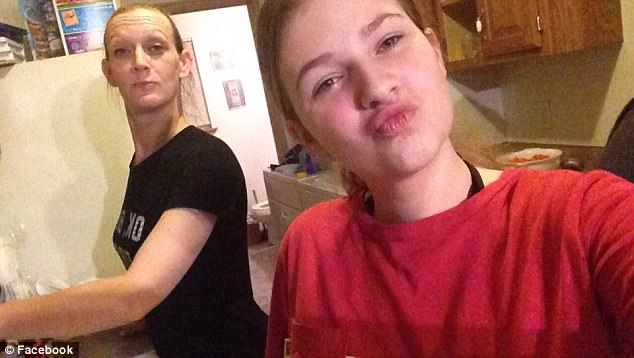 Standing up for her daughter: ‘This whole time she was missing out on an education while we were all sitting in a room discussing her boobs,’ Melissa wrote 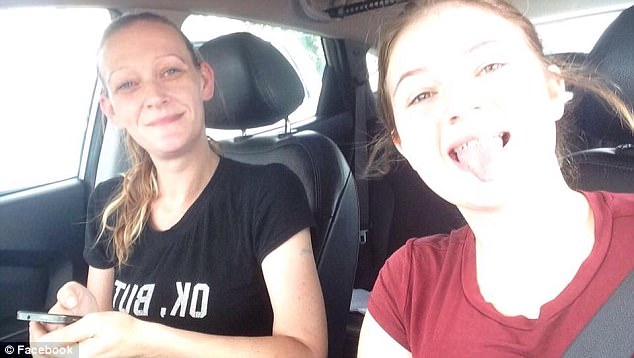 Lawering up: Kelsey’s mom now plans to take legal action against the school and is in talks with an attorney, she said on Facebook

A spokeswoman for the Joplin School District, which serves 7,395 pupils in Missouri, said: ‘The District does not consider comments by staff members about students’ bodies appropriate.

‘Our staff conduct policy requires all staff members to maintain courteous and professional relationships with students.

‘This incident is being investigated by the administration to determine if this policy has been violated.’

Melissa now plans to take legal action against the school and is in talks with an attorney, according to her Facebook.

‘I will give you updates when I am able to. Thank you so much for standing with her! I started this fight for my daughter. I will finish it for yours,’ she wrote on Facebook on Sunday.

The District’s Board of Education policy on student dress code allows individual student expression but requires that outfits adhere to health and safety codes.

It also states: ‘Dress that materially disrupts the educational environment will be prohibited.

‘No procedure will impose dress and grooming rules based on gender.’