Mom dragged from court for lunging at sons’ accused killer

Pandemonium erupted inside a Kentucky courtroom on Monday when the mother of two slain teenagers lunged at their accused killer and had to be dragged away.

Having been forced out of the Louisville courtroom, Elizabeth Marie Wren told the station WLKY that she ‘just flipped out’ after coming face to face with Brice Rhodes.

Rhodes, 27, is one of four men who have been charged in the 2016 killings of Wren’s two sons, 16-year-old Maurice ‘Reece’ Gordon and 14-year-old Larry Ordway.

Courtroom drama: Elizabeth Marie Wren is seen in a screenshot from WLKY lunging at a man accused of killing her two sons in 2016 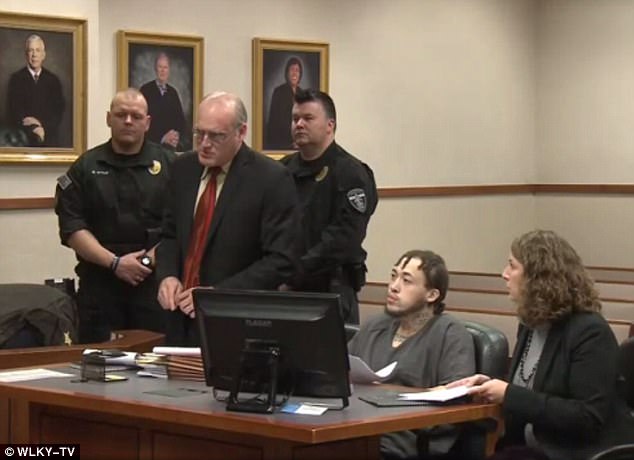 Defendant: Brice Rhodes, 27, was in Louisville, Kentucky, court for a hearing Monday, which was interrupted when Wren tried to attack him 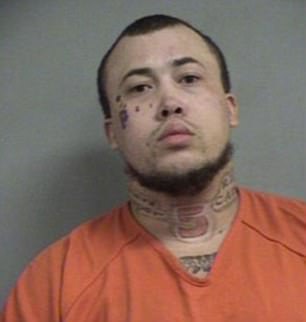 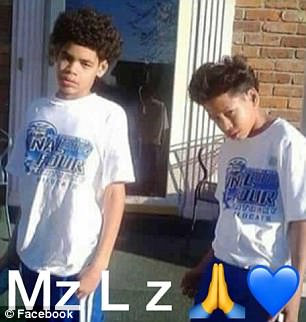 Rhodes is charged with murder in the stabbing deaths of 16-year-old Maurice ‘Reece’ Gordon and 14-year-old Larry Ordway (pictured together, right)

The siblings were stabbed to death on May 22, 2016, and their bodies were later found burned and dumped behind an abandoned house.

Wren was on hand for Rhodes’ routine hearing Monday morning and spent most of the time seated quietly in the audience.

But after about 20 minutes, as the defendant stood up and was about to escorted out of the courtroom, WLKY reported that he turned in the mother’s direction and laughed, which made the woman snap.

Courtroom footage shows the incensed mother jumping to her feet and trying to attack Rhodes, before being restrained and ejected from the proceedings.

‘Lock me up. Lock me up. Why don’t you let me get to him? He’s sick! Wren is heard screaming, as she is being hauled out of the courtroom. 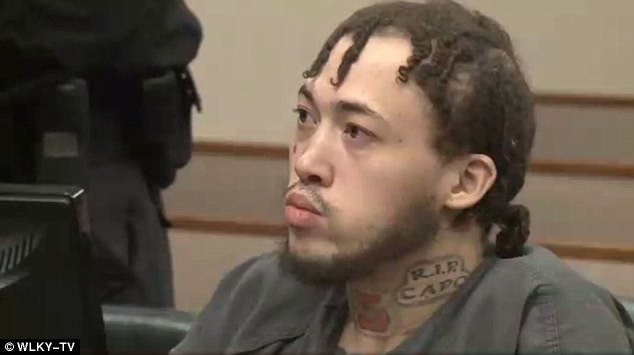 Rhodes allegedly laughed at Wren in court, with sent the woman over the edge 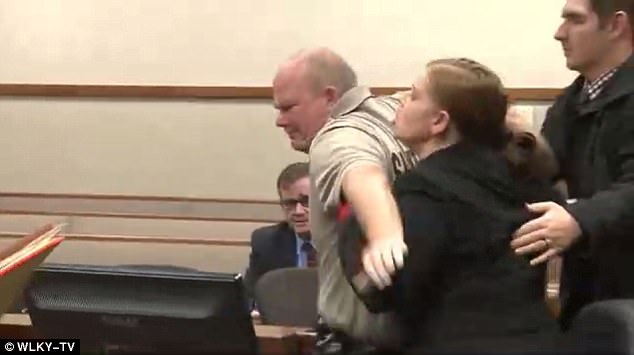 Mother’s anguish: ‘Lock me up. Lock me up. Why don’t you let me get to him? He’s sick! Wren is heard screaming, as she is being hauled out of the courtroom

The grieving mother told WLKY she ‘just couldn’t take it,’ hearing her sons’ alleged killer laughing about their deaths.

She previously claimed that Rhodes was trying to recruit her sons into a street gang and would take them out shopping for designer clothes and shoes at the mall to lure them in, according to a WDRB report.

Authorities believe Tieren Coleman, 20, Rhodes, Jacorey Taylor, 19, and Anjuan Carter, 16, killed Gordon and Ordway because they thought the boys would tell police about the May 4, 2016, shooting death of 41-year-old Christopher Jones, which the teens witnessed.

Rhodes has pleaded not guilty to the killings. If convicted, he could face the death penalty. 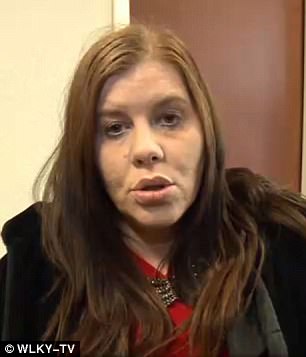 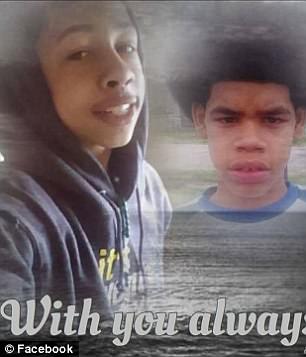 Wren (left) later said she could not take it anymore. Her sons’ bodies were found burned behind an abandoned building in May 2016

The other three co-defendants have taken plea deals and are awaiting sentencing.

Rhodes is himself no stranger to courtroom outbursts: during a hearing in October 2016, the accused killer threatened a judge and her family, telling her: ‘don’t you think I’m gonna find out where you live at? ‘