A mother has been sentenced to life in prison after she starved her 22-day-old baby to death on a drive from Indiana to Florida.

Ruby Stephens, 26, pleaded guilty to first-degree murder at a hearing in Gainesville, Florida.

Cops explained that Ruby and her husband Roy were travelling from the Midwest to Polk County in the Sunshine State in December 2014 so they could spend Christmas with family. 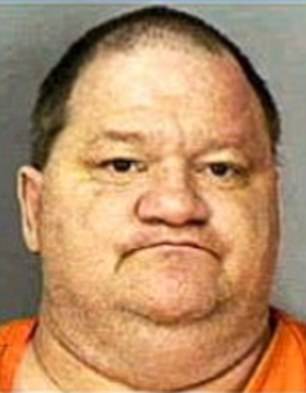 But after they had a meal at a Golden Corral in Lakeland, they noticed that baby Betsey Kee was unresponsive, the Lakeland Ledger reports.

The parents had checked into a hotel and eaten with family members – Ruby covering Betsey Kee’s feet with a blanket because they seemed cold – before realising she was dead.

Police said the child was conceived while Ruby was having an affair.

The parents also had two other children, a one-year-old and a two-year-old, both of whom have been placed in state care.

Last month, Roy, 51, was also given a life sentence after being convicted of first-degree murder.

He had testified that he accepted the girl as his own child but was not aware his wife was not feeding her.

According to reports, Betsey Kee weighed just 4lbs 1oz when she was found dead on December 23.

She had weighed 6lbs 1oz when she was born on December 1.

An autopsy proved she starved to death.

State Attorney Brain Haas said on Thursday that he was satisfied with Ruby’s sentence.

He said: ‘I will never understand why this woman did this to her precious baby.

‘Life in prison, without the possibility of parole, is an appropriate sentence for her. We refused to accept any less.’

Betsey Kee might even have been dead three and a half hours before the parents called 911, according to a report cited in the Orlando Sentinel.

Medical examiner Dr Vera Volnikh said the young girl had not eaten anything for about six or seven hours before her death.

Ruby reportedly told police her infidelity had put a strain on her marriage to Roy and also stressed that her husband did not pay much attention to the new child.