Samantha Huntley first became addicted to opioids at 16 after she was in a car accident that broke her back.

Her doctor gave her a prescription for hydrocodone that lasted about six months, and this started Samantha’s four-year battle with painkillers which turned into a heroin addiction that killed her last month.

But during her struggle she tried to get help multiple times: she first went to a treatment center during the winter of 2015 after turning to heroin, and she visited about seven more before her death.

However, because her insurance policy would not cover an inpatient stay longer than 30 days, she was never stable enough to be on her own when she was forced to leave rehabilitation centers.

Samantha’s mother Julieann Gideon describes the shocking moment she found her daughter dead, and she warns parents of the treatment options her daughter did not have access to that could have saved her life.

Samantha’s hydrocodone addiction quickly escalated, and she soon tried illicit pain pills and heroin to treat not only her pain but also anxiety, depression and PTSD that she experienced as a result of her car accident.

Her story is far too common. A recent CDC report revealed that the rate of teenagers dying from overdoses is increasing for the first time in years.

The American Academy of Pediatrics announced last month that the number of children addicted to opioids is growing. A report from the association proved that children aged 18 to 21 were especially at risk for becoming addicted.

The growing body of research highlights the fact that the opioid crisis has not spared children.

Julieann found out about her daughter’s addiction about a year after it began. ‘I knew something was going on. She just didn’t want me to see. She was ashamed,’ Julieann said.

One day, though, she found evidence that her daughter was hooked. ‘I found pills in her room. She, of course, said it wasn’t a problem,’ she said.

But eventually, in the winter of 2015, her daughter came to her for help and told Julieann that she was addicted to heroin. ‘She thought she could just use it one time, [but] it changed her brain chemistry,’ Julieann explained. 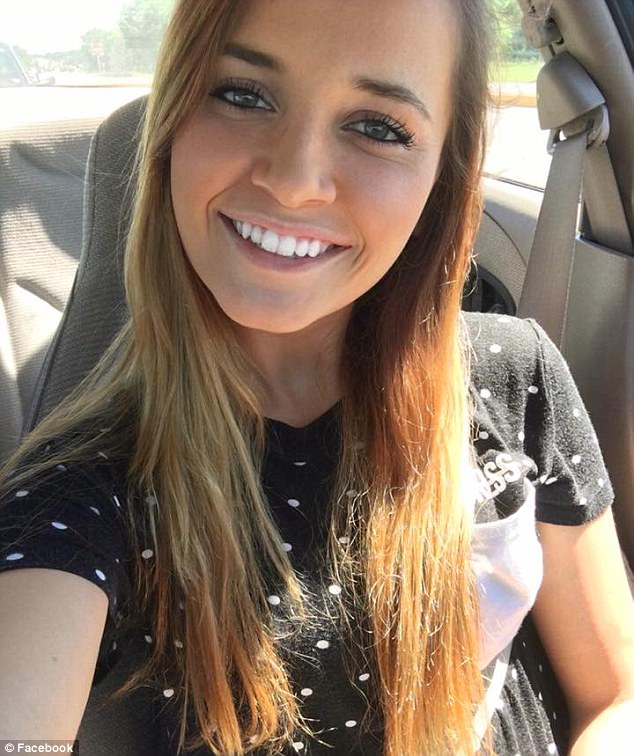 HOW THE OPIOID CRISIS IS AFFECTING UNDERAGE AMERICANS

A recent report from the American Academy of Pediatrics found that US hospitals treat more than 100 children addicted to opioids each day.

Researchers are warning that parents need to caution their children about the dangers of trying opioids even once.

America’s opioid crisis has killed more than half a million people since 2000.

The increases in deaths related to prescription opioid pain relievers and heroin are the ‘biggest driver of the drug overdose epidemic,’ according to the CDC.

Julieann wasted no time in helping her daughter create a plan for recovery. She remembers saying, ‘Let’s do some research,’ when her daughter turned to her for help.

She was excited to help her daughter turn her life around, and she took her to a rehab facility called Center for Addictions Cox North in their hometown of Springfield, Missouri.

But the visit was discouraging. Upon their arrival the pair were told that Samantha would not be able to be admitted to the treatment center for anther week due to low availability.

Panicked, Julieann asked what could be done to get her daughter admitted sooner. Samantha was already going through withdrawal, pacing and fidgeting in the waiting room of the treatment center.

Julieann was scared that if her daughter was not admitted that day, she would overdose before a spot at the treatment center opened up. ‘We can’t wait a week,’ she told the staff member at Cox North helping them.

Luckily, a doctor overheard Julieann pleading for help, and he agreed to see Samantha that afternoon. He said that Samantha would benefit from medication-assisted treatment and prescribed Suboxone.

‘That’s better than using heroin,’ Julieann thought at the time. Her daughter received outpatient therapy there for a few months, but, eventually, she repeatedly failed urine tests and stopped going.

This was the first time her mother noticed a massive problem with the recovery system: she knew that her daughter required at the least 90 to 120 days of intense inpatient therapy, but her insurance would not cover that kind of treatment.

After leaving the first treatment center she tried, Samantha bounced in and out of centers for the next two years, trying to get and stay clean.

But Julieann witnessed the same problem each time her daughter tried a new center. Samantha could only stay for 30 days, and it simply was not enough time to get her back on her feet.

Each time she would transfer to outpatient therapy, she would relapse. 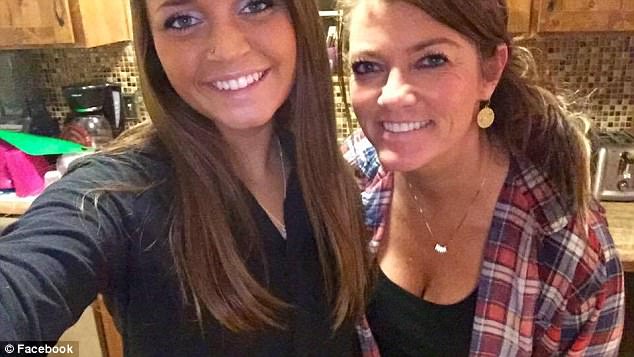 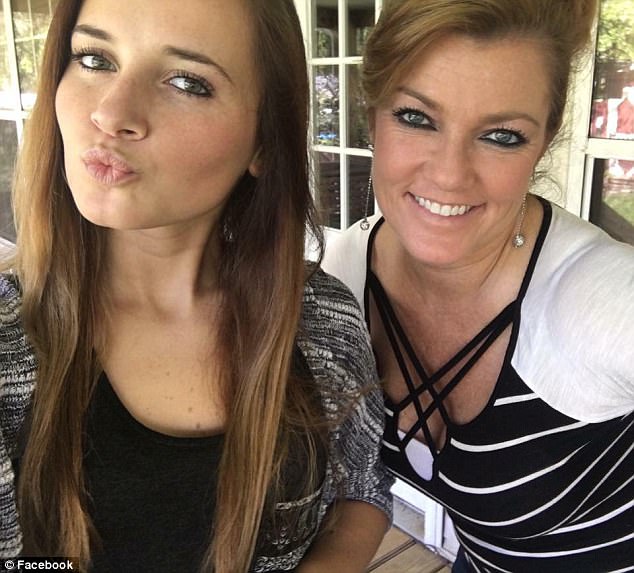 Julieann (right) claims that – had her daughter had access to better, more thorough treatment – Samantha (left) would still be alive today

Still, Julieann never gave up, and continuously tried to get her daughter help. About four of the rehab centers Samantha tried were in Florida, and her mother visited her there frequently.

One such center was called Amethyst Recovery Center, and it was the last place Samantha turned for help before she died.

She arrived in there in July, and at the end of August Samantha called her mother and said she wanted to stay there for another two to three weeks even though her insurance policy would not cover it.

‘She did not want to leave. She wrote in her journal it was like there were two people in her head fighting,’ Julieann said, explaining that her daughter was not stable enough to leave the treatment center when she was forced to. 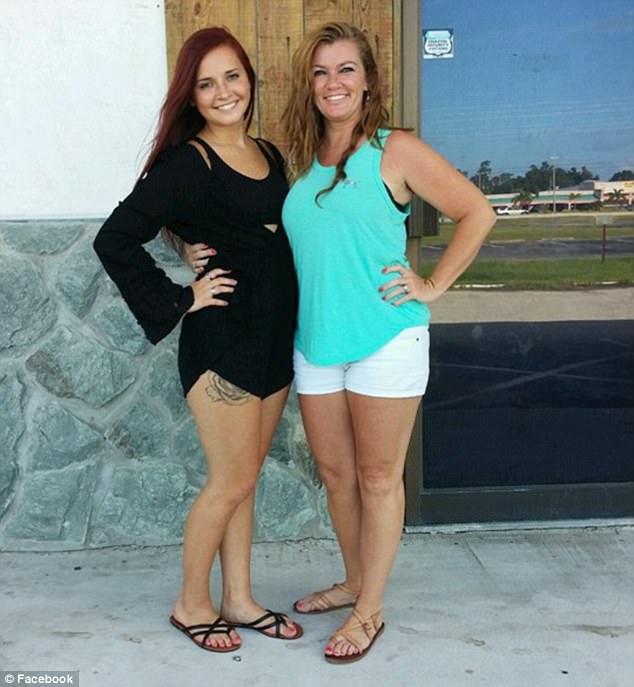 Julieann (right) now fights for better access to treatment centers for heroin addicts. She is pictured here with Samantha (left)

Julieann added that it was impossible for her daughter to stay sober after having spent so little time with doctors who helped her cope with reality without using substances. ‘When you give them freedom that quickly, they just…’ she said, her voice trailing off.

Even though Samantha wanted to stay at the treatment center, she had no choice but to return home, and she came to her mother’s house on August 31.

But on September 3, Samantha died of a heroin overdose at home in her bed. Julieann found her there around 4.30am, and she believes her daughter had died about three hours earlier.

‘I was in shock for the first three weeks, and then denial. Still, everyday I’m like: “Is this real?”‘ Julieann said.

Now, she is on a mission to make treatments more widely available for young adults her daughter’s age who struggle with opioid addictions.

‘It can happen to anybody. We need to fight for longer treatment,’ Julieann said, explaining that she hopes to eventually open an inpatient treatment center in Samantha’s hometown and name if after her.