As dancers were about to end their spin technique class, one woman showed them all how it’s done.

A video shows the moment a female dancer spins in tight circles 100 times while others look on.

A man holds the woman’s hand above her head and helps facilitate her spinning during the dance class. 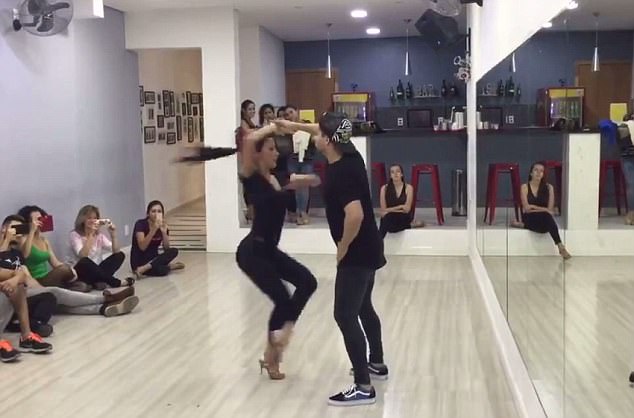 Onlookers film and cheer during the 45-second video.

Despite the high number of spins, she managed to finish the dance with a flourish without getting too dizzy.

Her moves varied throughout the routine. During some spins, she kept one leg tucked behind her ankle. A few seconds later, she extends her leg while still twirling.

She then lifts her leg so it bends at the knee while standing tall, before sinking down and keeping her body compact.

The height of the heels she’s wearing makes the dance all the more impressive.

It is currently unknown where this video was filmed. 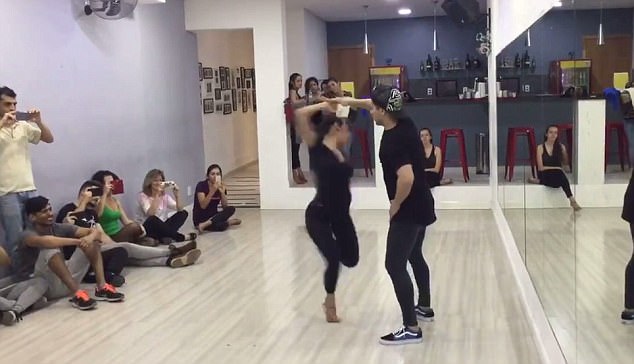 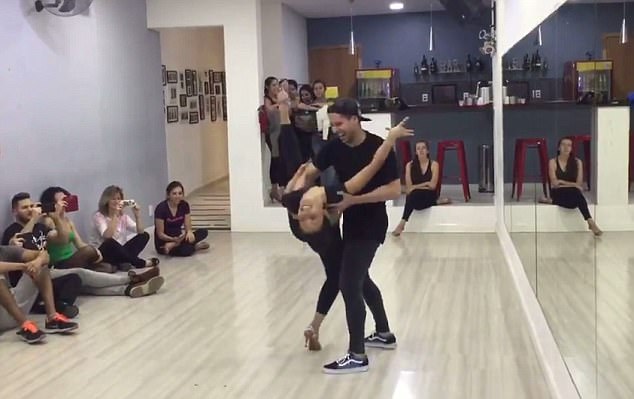 Out with a bang! The duo finished with a flourish as onlookers cheered