A woman deliberately reversed her car into a crowded bar in Brazil moments after leaving and made its roof collapse before fleeing the scene, cops say.

Authorities in northeastern Brazil searching for a woman plowed her vehicle into a group of bar customers who were enjoying drinks on June 12.

Surveillance video shows over a dozen people sitting and milling around four tables when the driver reversed her SUV and crashed into the crowd Saturday night in Feira de Santana, Bahia.

The impact of the accident destroyed a beam, which sent the bar’s outdoor roof collapsing on top of some of the customers.

Brazilian authorities in the northeastern state of Bahia are searching for the female driver of a vehicle (circled) who slammed into a group of bar customers celebrating Valentine’s Day on Saturday night. At least two people were hospitalized with injuries 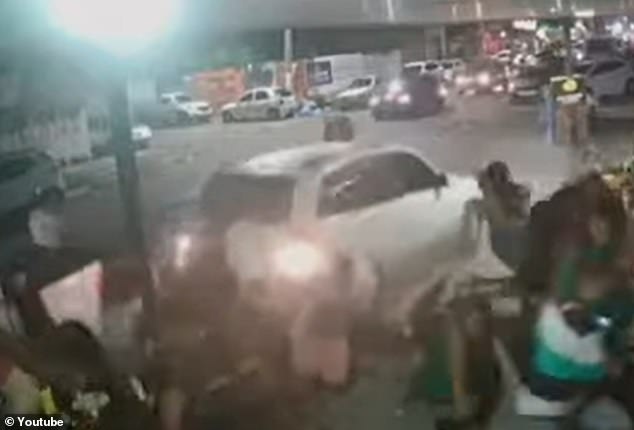 Despite being struck by shards of the collapsed roof, bar attendees jumped into action and tried to help those who were hurt.

At least two people who were sitting at a table of eight – which was the first one struck by the car – were were rushed by ambulance to an area hospital.

Further updates on their condition have not been shared. 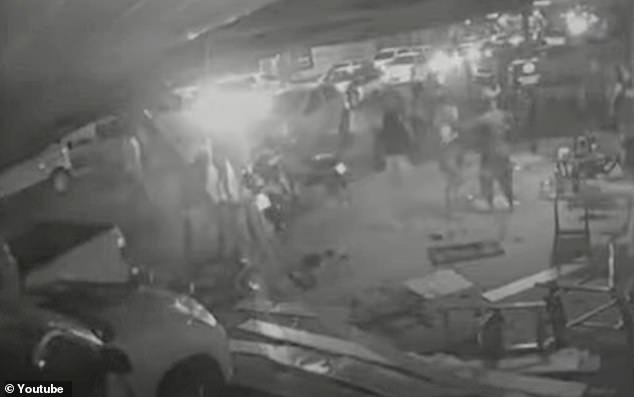 A driver drove into a bar with her car last Saturday night in Feira de Santana, Brazil. Security camera footage captured the moment when the vehicle drags dozens of people who were enjoying the night at the site 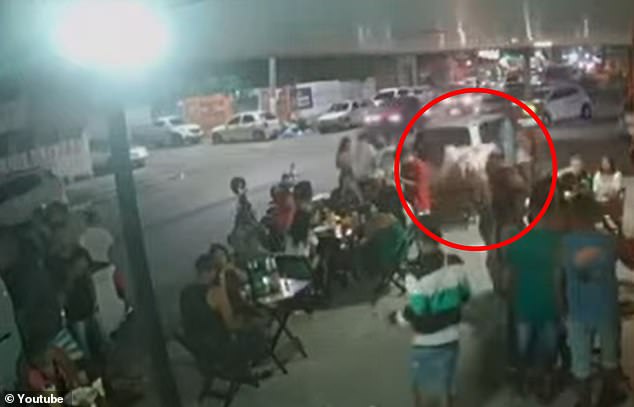 A woman driving a SUV (circled) reversed the vehicle and slammed into a group of customers who were out celebrating Valentine’s Day in Brazil on Saturday night. The driver, according to Brazilian online news portal G1, had been drinking before the terrifying accident

Witnesses told the outlet that the woman, whose name is unknown, had been at the bar drinking moments before the horrifying accident.

Instead of looking to help out the injured, the woman fled the scene. Police say it is unclear if she was drunk when she reversed into the bar, and a possible motive for the car attack remains unknown.

The woman remained at-large as of Monday evening.