A pair of brazen car thieves have been jailed after CCTV captured them stealing vehicles in a matter of seconds while drivers filled up at petrol stations.

Police called the thefts the ‘most audacious’ they have ever seen after dozens of motorists were targeted in Birmingham and Solihull, West Mids.

Shocking footage shows crook William Lewis, 37, preying on drivers as they filled up with petrol, inflated tyres or hoovered the interiors of their vehicles.

He can be seen jumping into driver seats while owner’s backs are turned before speeding off – on some occasions while petrol hose nozzles were still attached.

One woman, who was vacuuming her car at a garage, was lucky not be injured as Lewis lurched backwards before escaping in her VW Golf.

During another theft, a terrified young schoolboy can be seen being forced to leap from a car when Lewis sneaked into the vehicle while his dad inflated the tyres. 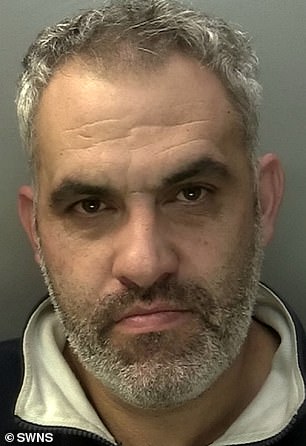 William Lewis, 37, preyed on drivers as they filled up with petrol and stole their cars 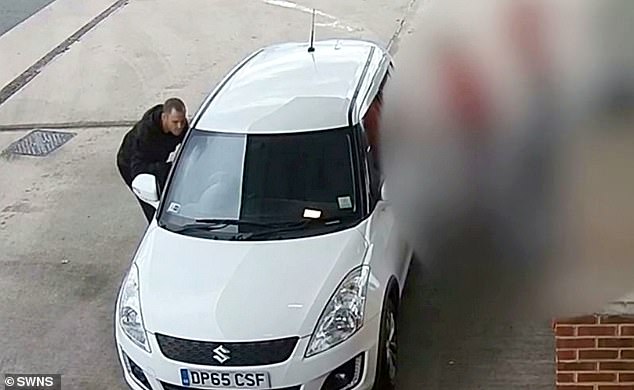 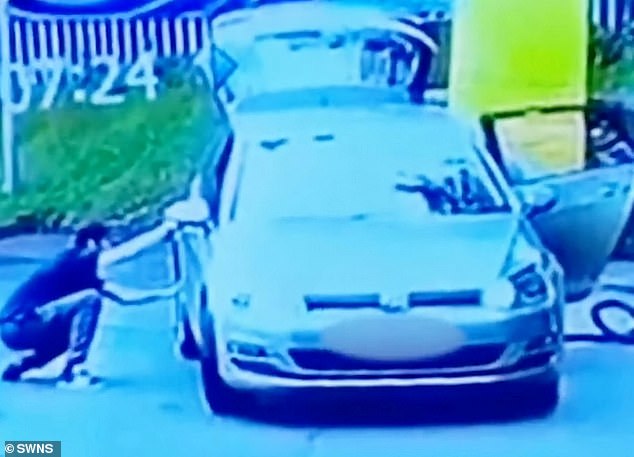 A court heard Lewis worked alongside Nelson Herne, 42, to steal at least 16 vehicles with a combined value of more than £150,000.

Detectives scoured CCTV and identified a red Renault Clio used by the pair to stalk petrol stations for unsuspecting victims.

West Midlands Police found the Clio was registered to a woman known to Herne and seized it during a raid on her address on October 1 last year.

A pair of boxing gloves were found in the boot that had been inside a Ford Kuga stolen on July 23 at an Esso garage in Marston Green, Birmingham.

The Kuga owner also turned detective herself and found a man who she thought was responsible for stealing her car on Facebook using the fake name Billiam Lewis. 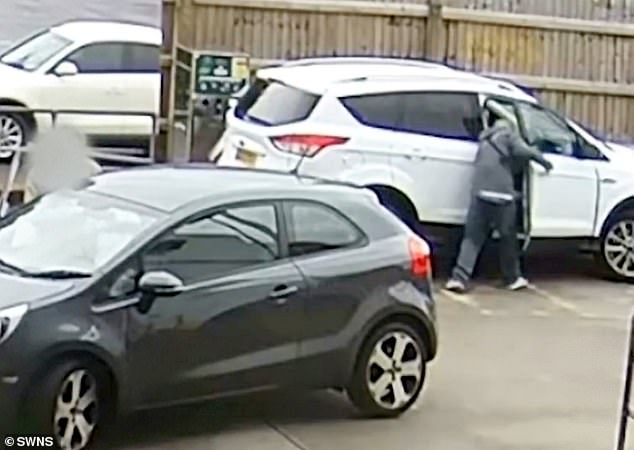 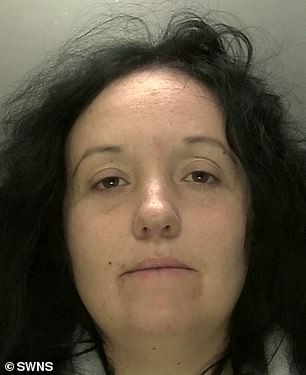 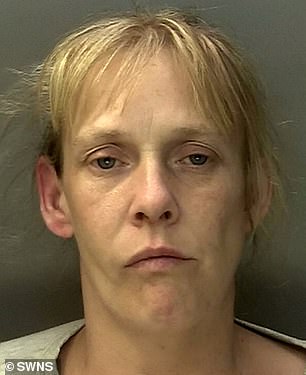 Laura Lightwood, 34, and Michelle While, 39, used stolen cards taken from the cars

Herne, of Solihull, and Lewis, from Halesowen, West Mids., were arrested and later admitted conspiracy to steal vehicles between February and July last year.

Last Monday Herne was jailed for 27 months and Lewis was caged for 30 months at Birmingham Crown Court.

Lightwood, of Halesowen, and While, of Kitts Green, Birmingham, admitted fraud and handling stolen goods.

Lightwood received an 18 month community order, including a rehabilitation course, but While failed to attend court and is now wanted.

Detective Sergeant Mick Clark, from Solihull Force CID, said after the case: ‘These were some of the most brazen car thefts I’ve seen in 14 years’ police service.

‘Victims were caught completely off guard: you just don’t expect anyone to come sneaking across the garage forecourt in the middle of the day, jump in your car and drive away.

‘You can see on the CCTV that victims look genuinely shocked.

‘We identified the red Clio that Lewis and Herne were using.

‘Herne would help identify targets and send Lewis, who’s a heavy drug user, across the road to commit the offence.

‘They were causing a great deal of inconvenience and concern for motorists and I’m pleased that thanks to the hard work of our team they were caught and now in jail.

‘And finally a big thank-you to the young woman who found Lewis on Facebook after her car was stolen.

‘That was an important breakthrough and a good piece of detective work.’