This is the moment a mother accidentally terrified her baby with a face mask in a video viewed by millions.

Eight-month-old Elvira Marie is a picture of pure calm as Isabell Thorberg faces away from her while cradling the infant in Tonsberg, Norway.

But her face is paralysed with fear as she waves her arms and screams when Ms Thorberg turns to face the baby while caked in a grey face mask.

It turns out sensitive Elvira was only subjected to the mask when her childminder didn’t show up on September 6.

Ms Thorberg, 24, had arranged to treat herself to a day of pampering, but was forced to stay home.

Elvira Marie begins the video looking calmly at her mother, as she turns away from the infant 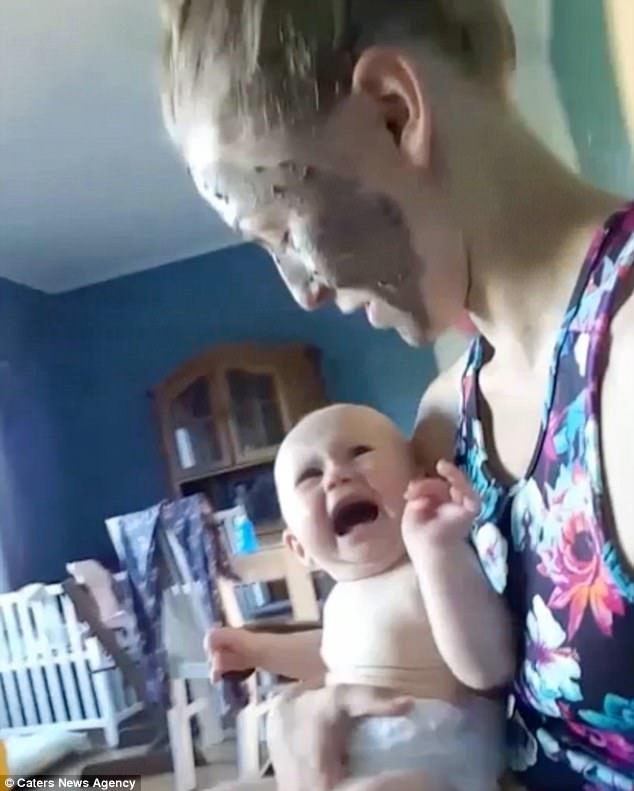 But she is terrified when her mother turns back to reveal the face mask, leaving her daughter failing wildly 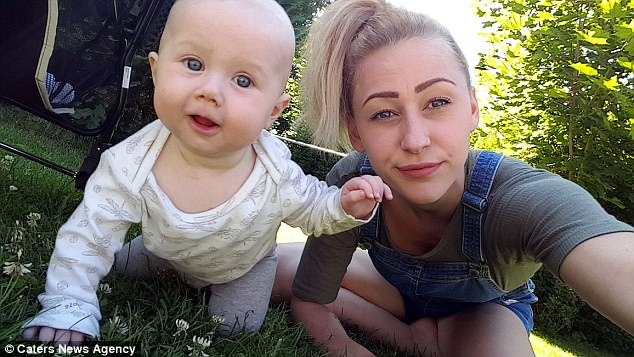 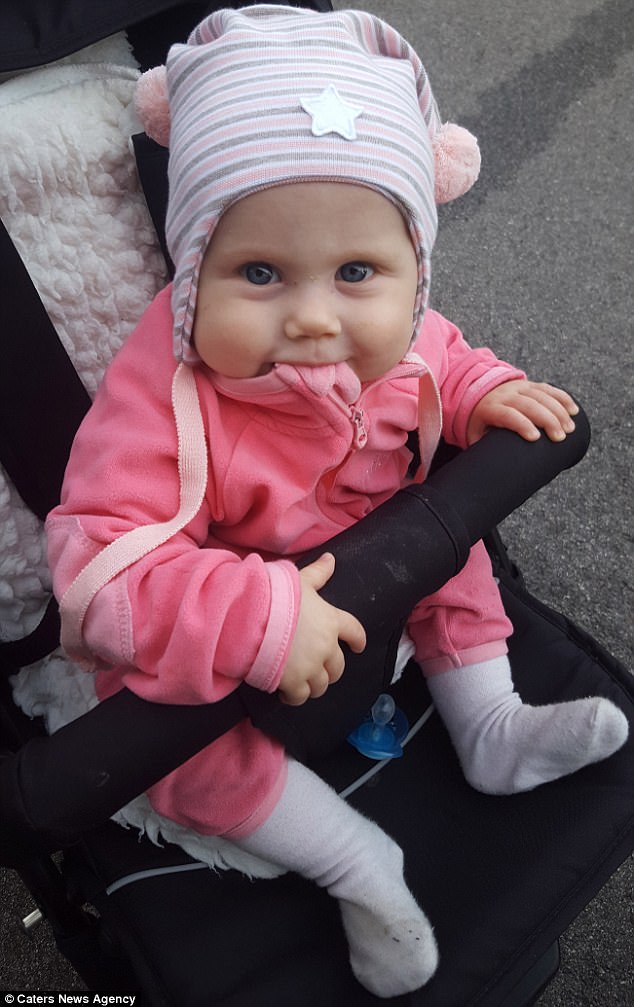 Taking the decision to multitask, she applied the face treatment and wore it as she looked after her daughter.

Elvira appears to be enjoying having her mother home for the day, and can be seen staring lovingly up her at the start of the clip, which has been viewed by 16 million people.

But she writhes in terror when her pampered mother turns to face her.