This is the jaw-dropping moment a motorcyclist cheats death as his bike somersaults across a supermarket car park.

Shoppers watched in horror as the unknown biker bounces over a row of empty parking bays at a Tesco car park in Batley, West Yorkshire, on Tuesday night.

The bike then crashes into a parked SUV as shocked witnesses watch the biker get back to his feet and walk away from the wreckage.

The motorcyclist is flung from his vehicle at a Tesco car park in Batley, West Yorkshire, on Tuesday 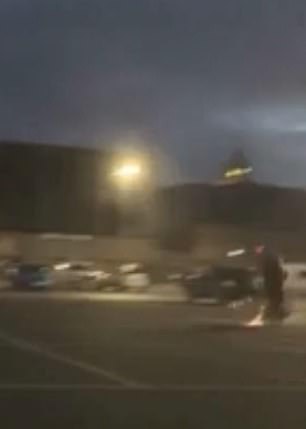 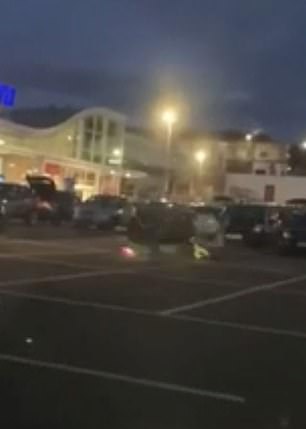 During the clip, the biker accelerates through the mostly deserted car park before his vehicle loses control and begins to cartwheel across a line of empty parking bays outside the supermarket.

The bike bounces several times before throwing the motorcyclist to the ground and crashing into a car.

A witness can be heard shouting ‘oh my god’ as the carnage unfolds just metres away from where he is standing and the biker gets to his feet.

Stunned shoppers were later filmed standing around the wreckage in the car park.

Following the incident, one source said: ‘Somebody on a motorbike messing around obviously loses control and somersaults along with the bike before hitting a parked car.

‘He apparently left the bike. And wasn’t seriously hurt.’ 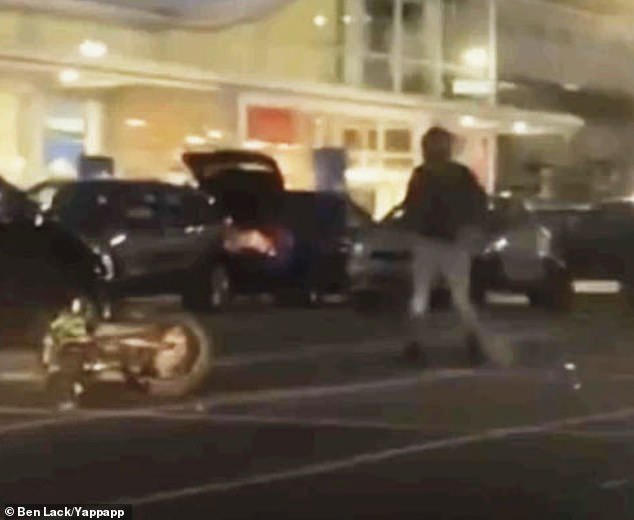 After he is flung to the ground, the biker gets back to his feet and appears to walk away from the wreckage 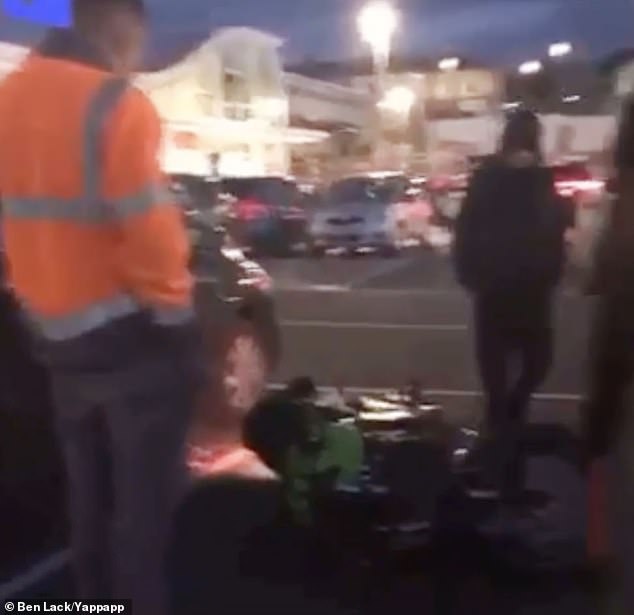