This is the moment a policeman arrested the ‘drunkest man he’s ever seen’ after a horror smash that killed a young woman.

Malcolm Waite mounted the pavement in his Lexus RX SUV while travelling at speed, knocking down two – a 16-year-old girl and 20-year-old Fenella Hawes, who died at the scene of the crash.

Ms Hawes and the teenage girl – who suffered cuts and bruising – had been walking home together after work when Waite hit them along the A149 Wayford Road in Stalham, Norwich, on July 31. Local media reported the 20-year-old had been carrying flowers.

Police bodycam footage shows the moment a slurring Waite, sat next to a bottle of vodka, was arrested after the smash.

Waite, 68, has been jailed for eight years after pleading guilty to causing death by dangerous driving at Norwich Crown Court last week.

He has also been disqualified from driving for another seven years and must take a driving test before he can get behind the wheel again.

Malcolm Waite mounted the pavement in his Lexus RX SUV while travelling at speed, knocking down a 16-year-old girl and 20-year-old Fenella Hawes who died at the scene of the crash. Police bodycam footage shows the moment a slurring Waite was arrested after the smash 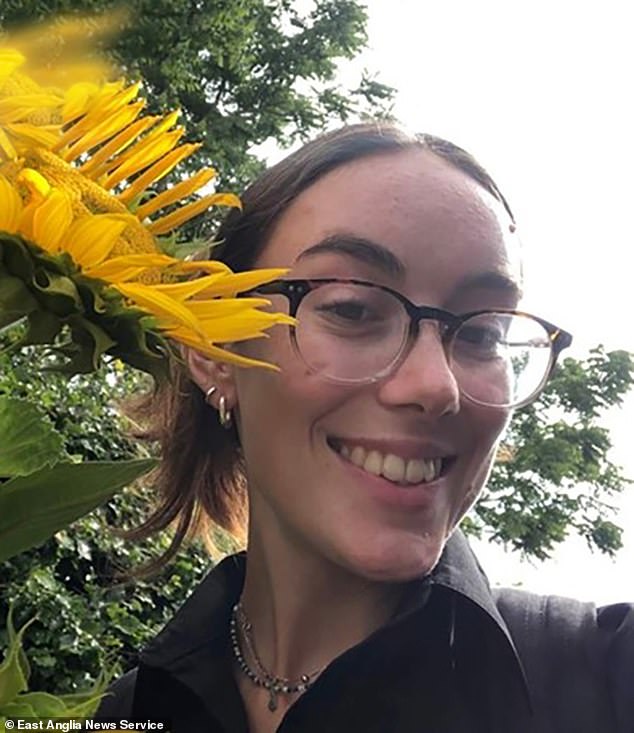 Fenella Hawes, 20, was carrying sunflowers to give to her mother Margaret when she was killed by the drink-driver in a hit and run

A court was told Waite had not stopped his car after hitting Ms Hawes and the teenage girl but instead continued along the road for another mile before hitting a sign, trees and shrubbery.

When officers arrived at the scene of the second crash, they found Waite sitting in the driver’s seat stinking of booze but refusing to provide a breath test. He was arrested and taken to the James Paget University Hospital in Gorleston to be assessed.

While in custody at Great Yarmouth Police Investigation Centre, Waite was recorded as having 120 micrograms of alcohol in his breath. Officers calculated this would have been approximately 158 micrograms if taken at the roadside after the crash. The legal limit is 35 micrograms per 100 millilitres of breath.

PC Callum Walchester, who arrested Waite, said: ‘I’ve been a PC for ten years and worked in roads policing for almost six years, and he was the drunkest person I have ever seen behind the wheel of a car.’ 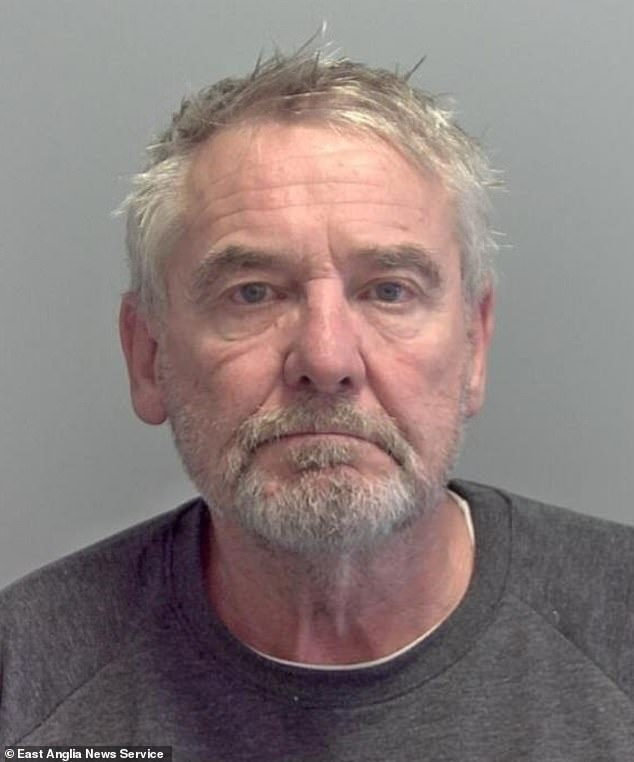 PC Callum Walchester, who arrested Waite (pictured) at the scene, said: ‘I’ve been a PC for ten years and worked in roads policing for almost six years, and he was the drunkest person I have ever seen behind the wheel of a car’

The police investigation found that Waite’s vehicle was not faulty and the weather and road conditions were clear and fine.

During police interviews, Waite answered ‘no comment’ to every question.

In her victim personal statement, Fenella’s mother Margaret said: ‘Every day I sob, when I wake up, throughout the day at random times with seemingly no reason and when I go to bed at night. 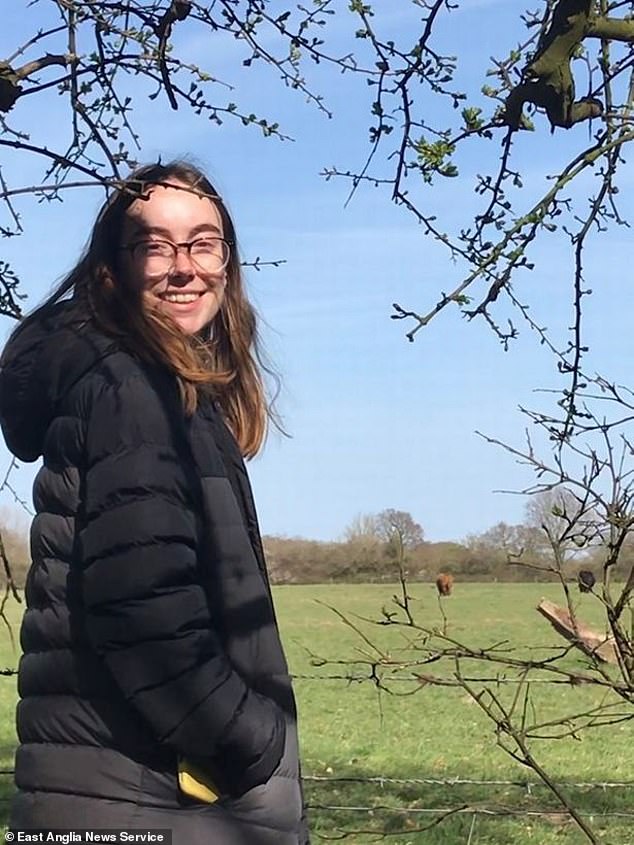 Fenella was a promising student who had been taking Natural Sciences at Lancaster University, where she had received a bursary to travel to Honduras. Police described her as a ‘remarkable young woman’

‘I sob for the future that she doesn’t have because a drunken man chose to get into a car, knowing that this was a weapon that could kill someone, and indeed it did it killed my 20-year-old daughter.

‘She was a young adult beginning her life and her bright future was taken out in a few seconds because of someone who did not think or did not care.

‘I sob because she was so happy: she was so lovely inside and out she was so alive and now she isn’t here, and never will be again. I never had a chance to say goodbye.’

Following the sentencing last Friday, Detective Inspector David McCormack, of the serious collision investigation unit, said: ‘This is a tragedy, and it was wholly avoidable. I implore anyone who thinks it is OK to have a drink and then drive, please remember the heart-breaking and devastating consequences of drink-driving so evident in this case. Waite’s decision to drink and drive has changed lives for ever.

‘The teenage girl who, together with Fenella, was just walking home from work that day is traumatised by what has happened.

‘Waite will have to live the rest of his life in the knowledge he has taken the life of a remarkable young woman who had so much to offer and lots she wanted to achieve. He has caused so much pain to so many people.’