This is the hilarious moment a group of Youtubers prank customers and employees making orders at a fast food drive-thru lane.

Youtube stars Niko Martinovic and Marko Martinovic, who run the page Life of Twins, along with fellow vlogger Michael Braithwaite filmed themselves setting up the drive-thru prank in Waterloo, Ontario, Canada on April 23.

The trio first visited a Starbucks and dropped a miniature wireless speaker near the floor of the café’s drive-thru speaker so they could intercept and mess up customers’ orders.

They connected the speaker to their phone and when customers came by to request an order, the boys would talk over them and put in their own bizarre requests. 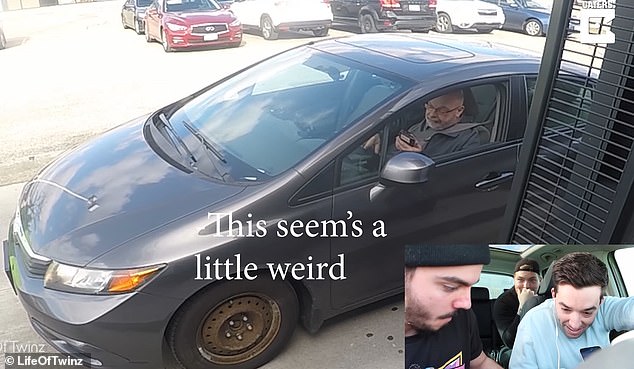 Niko Martinovic and Marko Martinovic, who run the page Life of Twins, along with fellow vlogger Michael Braithwaite posted the video on April 23 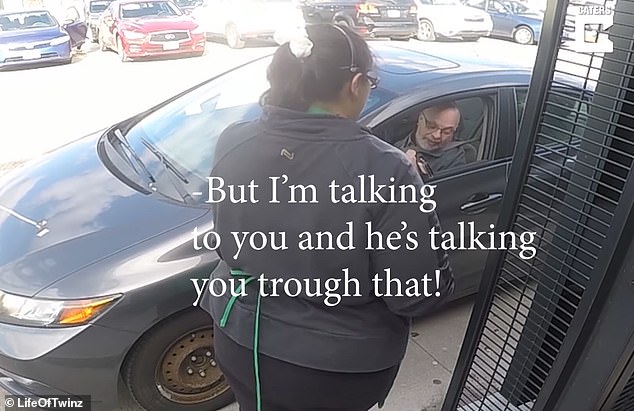 Customers and employees alike were shocked and confused with the mystery voice that appeared on the speak. This Starbucks employee came out to investigate

Customers in the video looked shocked to hear the mystery booming voice appear out of nowhere.

Employees on the other end of the line were equally befuddled, wondering why there were two competing voices on the intercom.

The trio first visited a Starbucks drive-thru and dropped a speaker near the floor of the café’s intercom so they could talk over customers as they came to make their orders.

When one man orders a grande espresso frappucino, the boys speak over him saying, ‘I’ll get a tall mocha latte please. A latte with a drizzle of caramel. Actually no a grande iced sugar free vanilla with soymilk,’ via their phone, stifling with laughter. 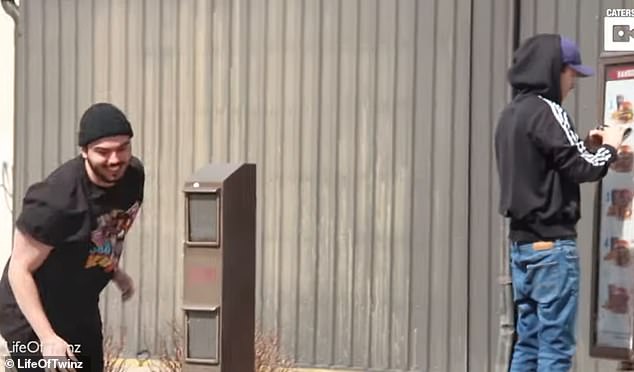 They set up a wireless speaker at the food of drive-thru intercoms and talked over customers making their orders. Pictured setting up their prank 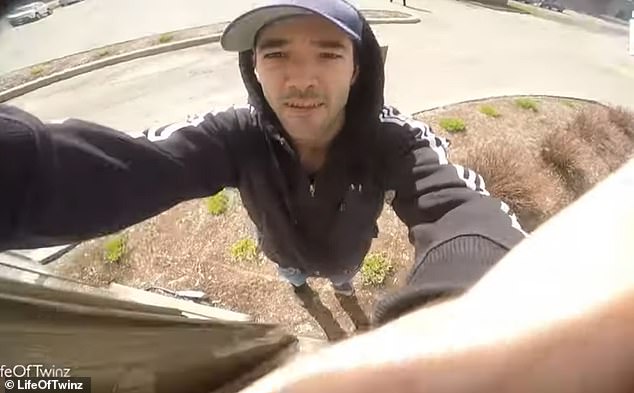 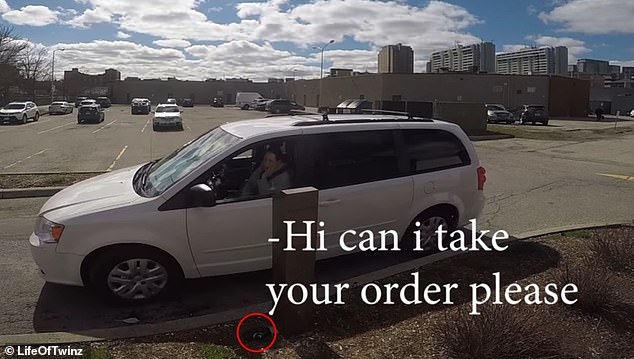 But the man in the car was unfazed by the pranksters joke saying, ‘There’s a guy talking through the speaker, talking on the ground out there.’

The confused Starbucks employee says, ‘What? I’m gonna come out there. Seems a little weird.’

Once out there the employee and customer looked at each other, agitated and confused.

The second victim tried to cancel the order after hearing the competing mystery voices, while the employee on the other end joked ‘We must have a ghost.’ 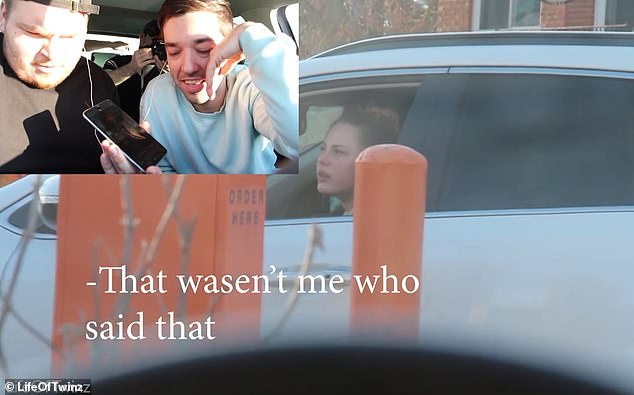 One frustrated customer shouted ‘That wasn’t me who said that!’ when the boys overrode her order 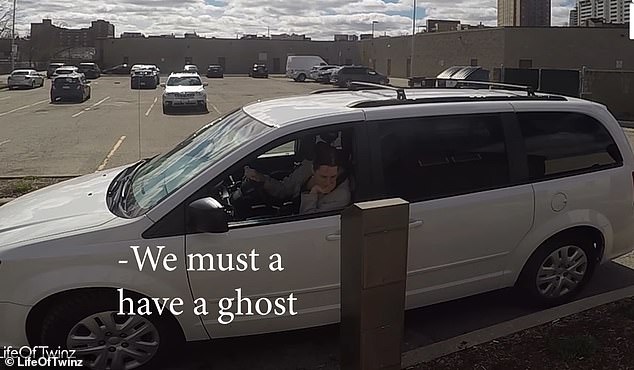 ‘We must have a ghost’: This woman looked completely befuddled by the mystery voice that messed up her order 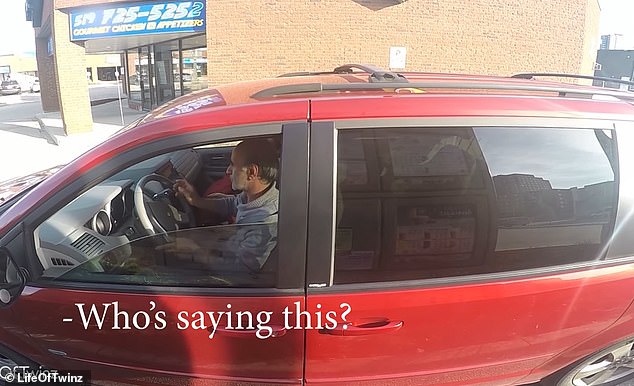 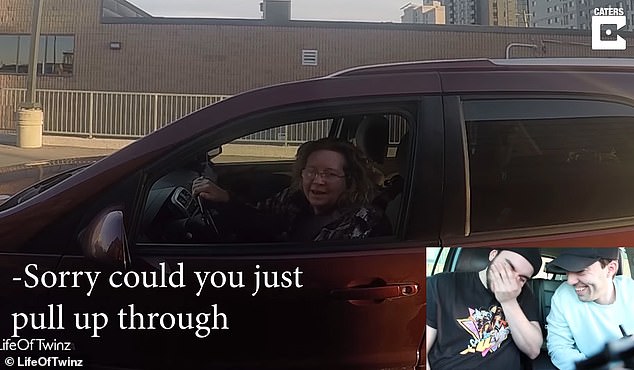 When one man orders a ‘number 9 combo meal’ at an unknown restaurant the boys hack the speaker saying: ‘Are you guys hiring? I’m so broke. You know what, I’ll make it a family meal. I have 10 kids’ while a boy in the back says ‘Mom, I want grilled cheese!’

The confused employee says ‘Sorry sir, can you repeat that?’

‘You know what cancel that,’ the boys say.

‘Don’t cancel that, I didn’t say that!’ the man in the car replies.

The hilarious clip was posted on YouTube last week and has racked up 1,552 views.