This is the moment the Matildas learnt they would host the FIFA Women’s World Cup with New Zealand.

The trans-Tasman bid received 22 of the 35 valid votes from the FIFA Council overnight to beat Colombia for the showpiece event which will take place between July and August in 2023.

The tournament will be scheduled across 12 cities in Australia and New Zealand, with the opening match to be played at Eden Park in Auckland and the final in Sydney. 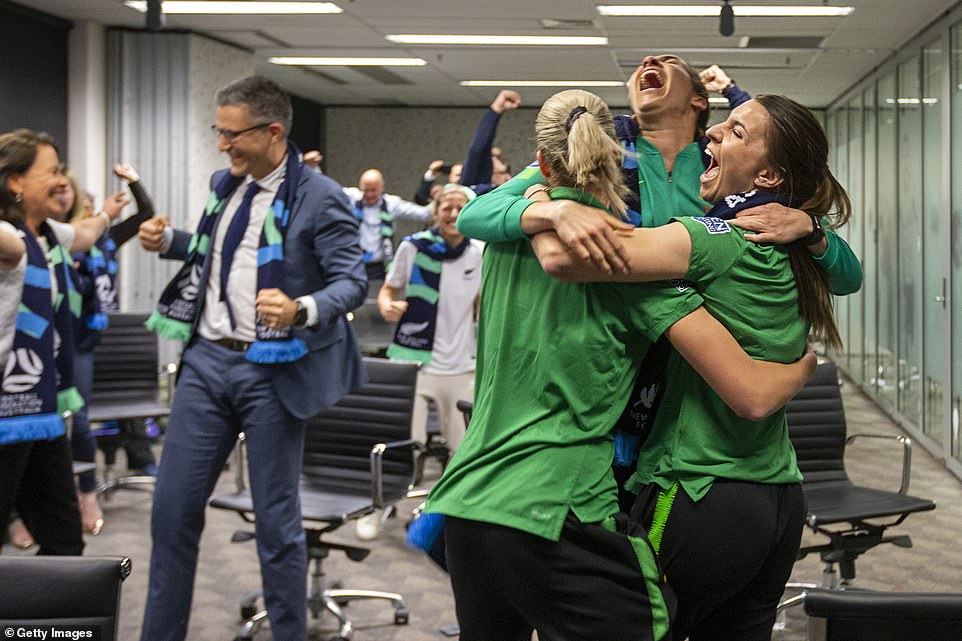 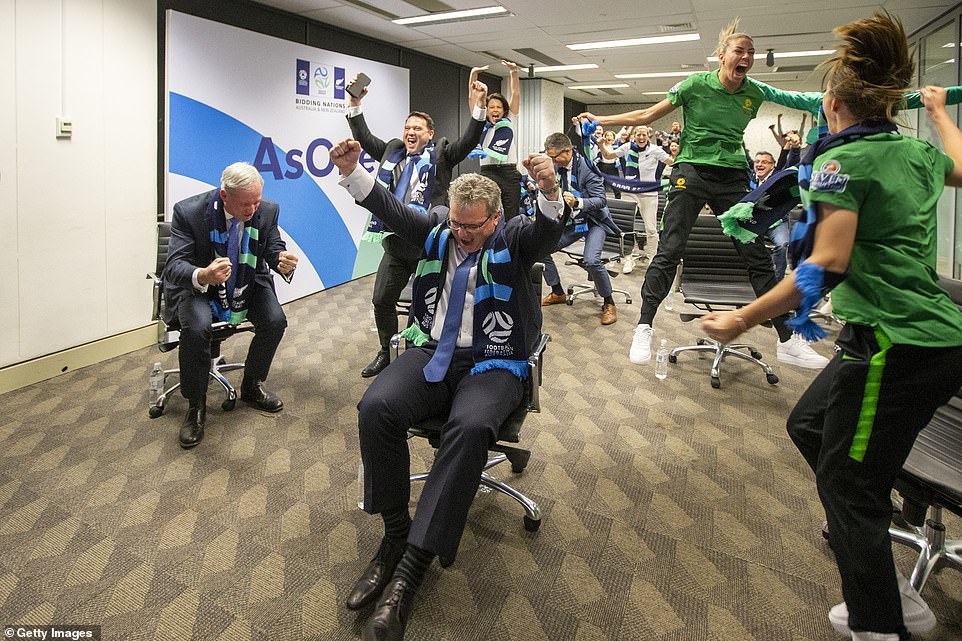 The group, who were sat in socially distanced seats, jumped from their chairs and erupted in cheers when their successful bid was confirmed.

The trio, who were dressed in green Matildas uniform, were joined by NZ Football Ferns defender Rebekah Stott as they celebrated.

The group all donned scarves which bear both FFA and New Zealand Football’s logos. 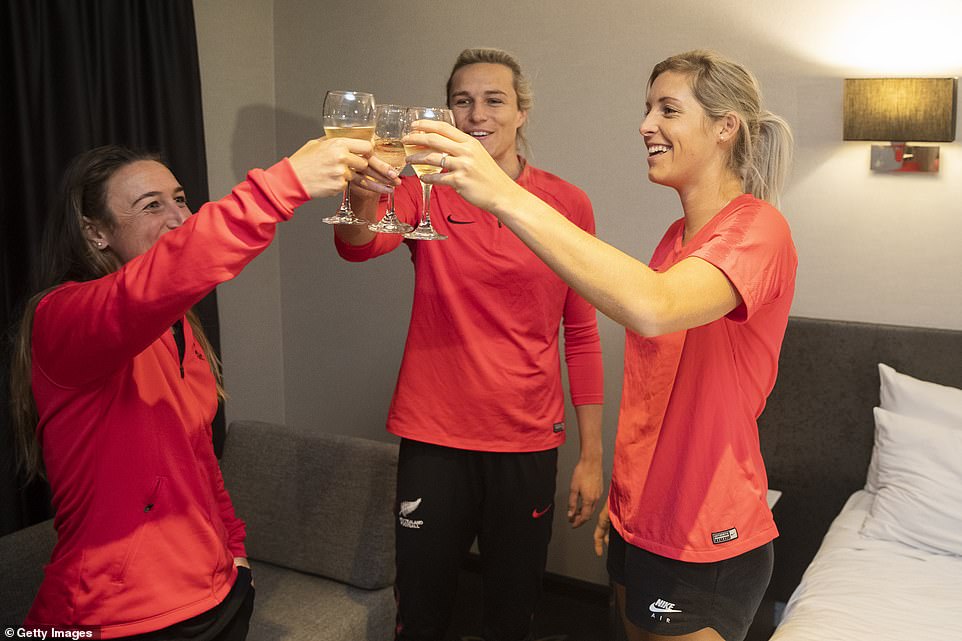 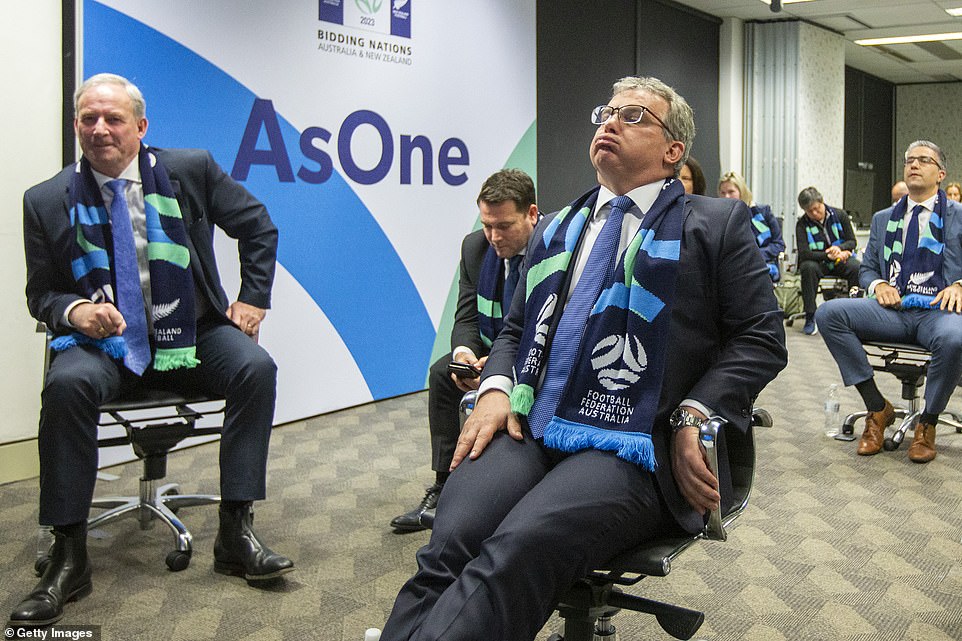 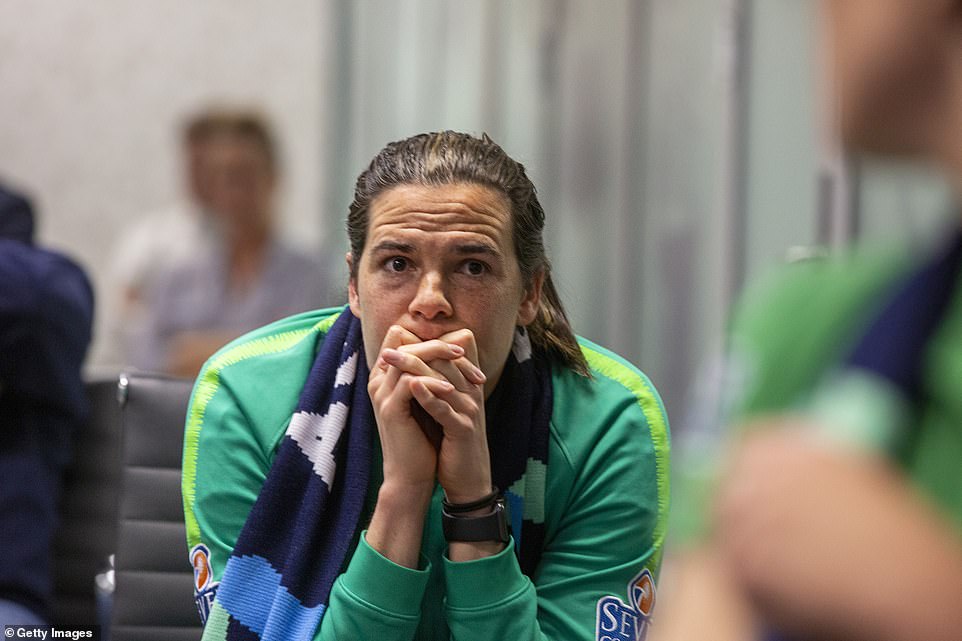 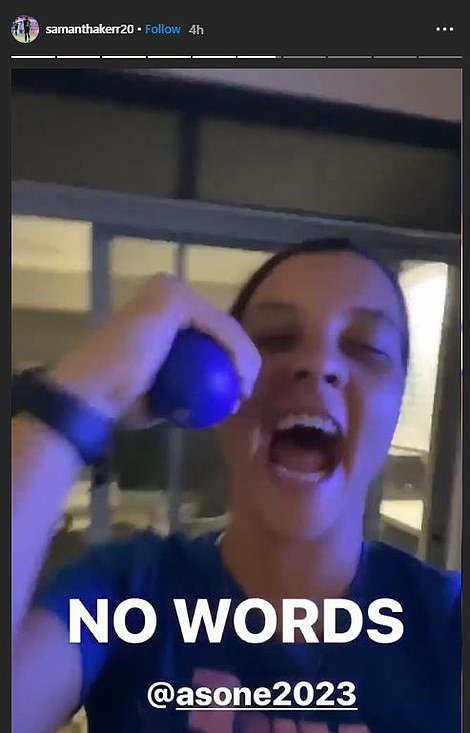 Matildas striker and captain Sam Kerr shared her excitement on Twitter, writing: ‘WE DID IT. WE FREAKING DID IT.’

‘There will 32 countries unlike in France where we had 24 which means when you qualify for this event it is the biggest boost ever for women’s football,’ said Infantino.

‘We welcome that and I am sure we will have the best World Cup ever, in Australia and New Zealand.’

The Australia and New Zealand bid outscored the Colombia bid emphatically in the evaluation report which was submitted to the council members.

It scored 4.1 out of five and bettered the South Americans, who scored 2.9, in every criteria – stadiums, team and referee facilities, accommodation, International Broadcast Centre (IBC), competition-related event sites and commercial.

Infantino said the report, which in the past has been no guarantee of a successful bid, was too good for him to not award his vote to – despite the nine-strong UEFA contingent voting in favour of Colombia.

Australia joined forces with New Zealand to submit a joint bid in December 2019. 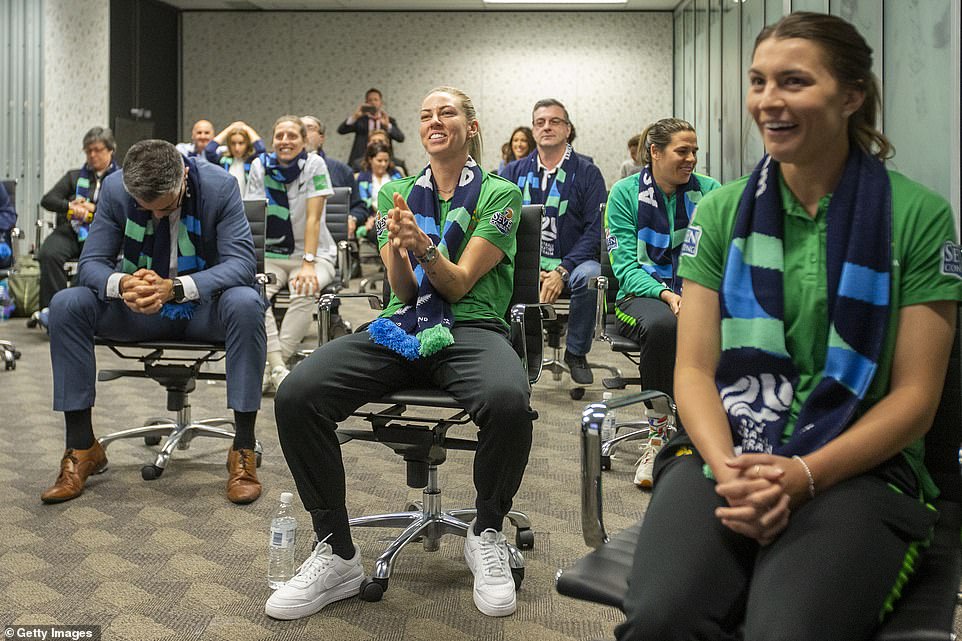 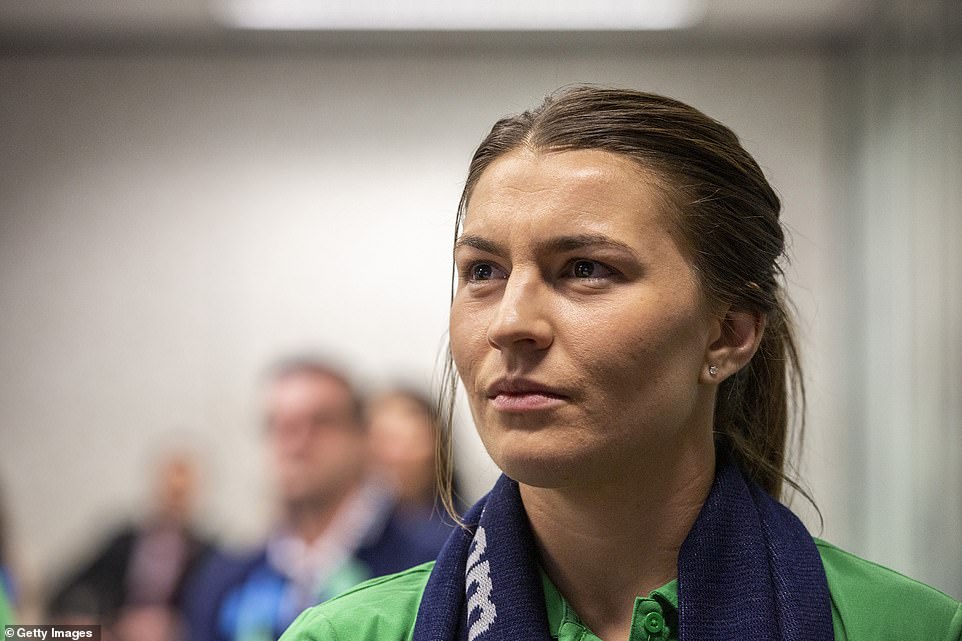 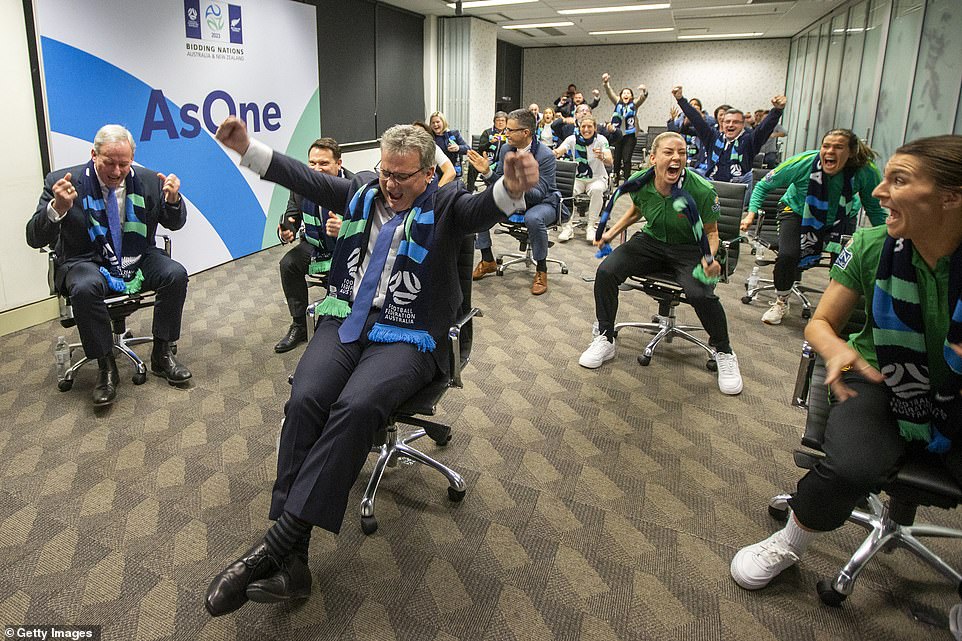 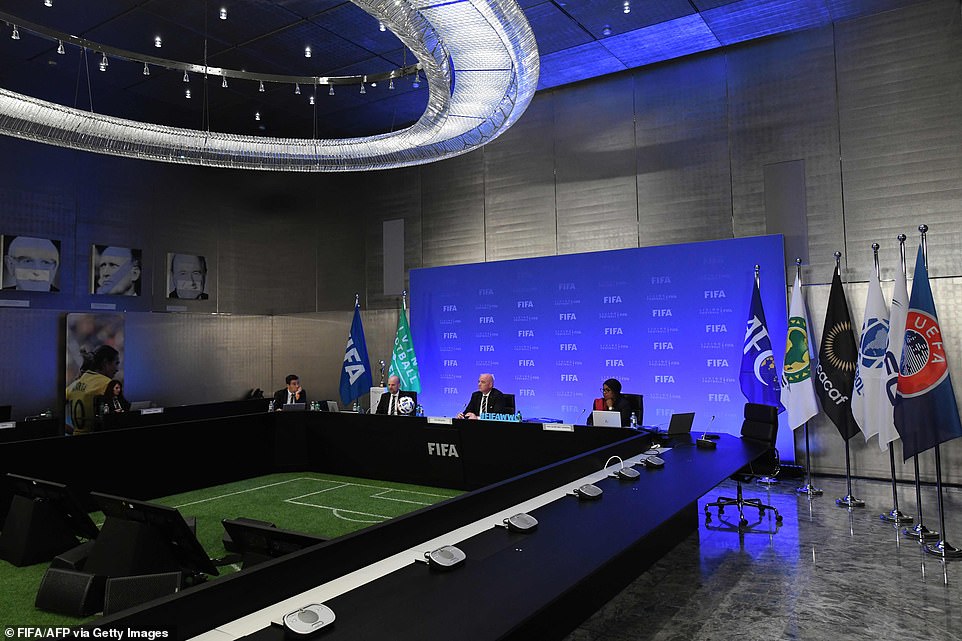 Pictured: The FIFA Council Meeting at the Home of FIFA in Zurich, Switzerland on Thursday. The virtual meeting, held behind closed doors due to the Covid-19 pandemic, included the bidding process and vote for the host of the FIFA Women’s World Cup 2023

Matches will be held in 12 cities with Sydney, Melbourne, Brisbane, Perth, Adelaide, Newcastle, Launceston to be the Australian hosts.

‘The FIFA Women’s World Cup 2023 in Australia and New Zealand will be ground-breaking in many ways,’ he said. 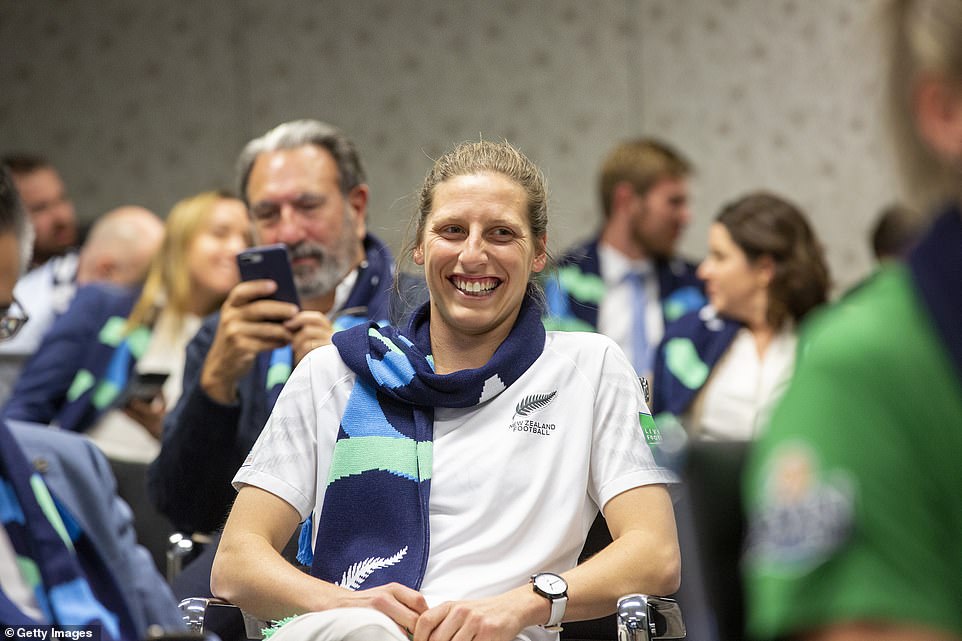 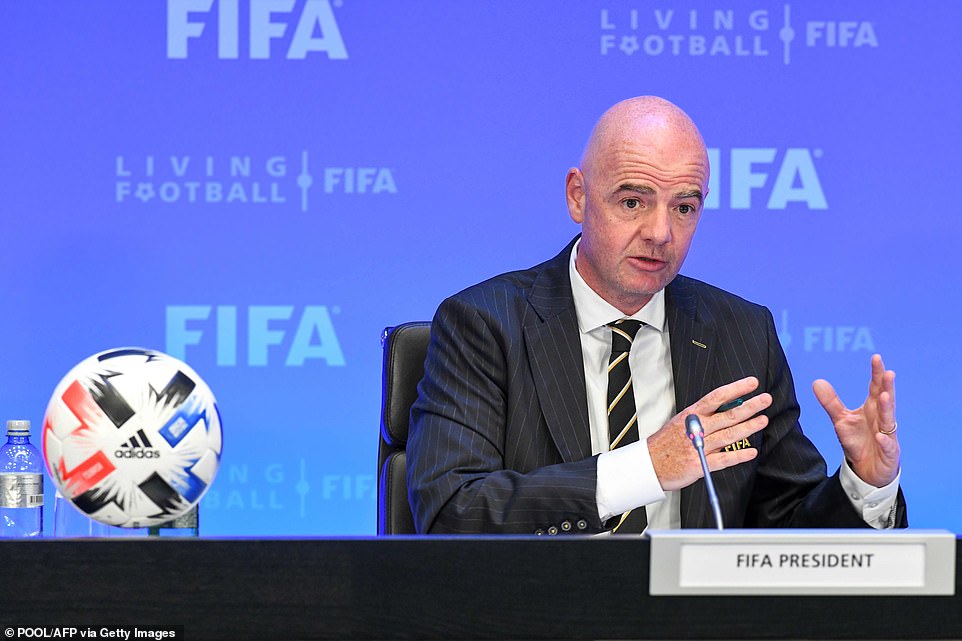 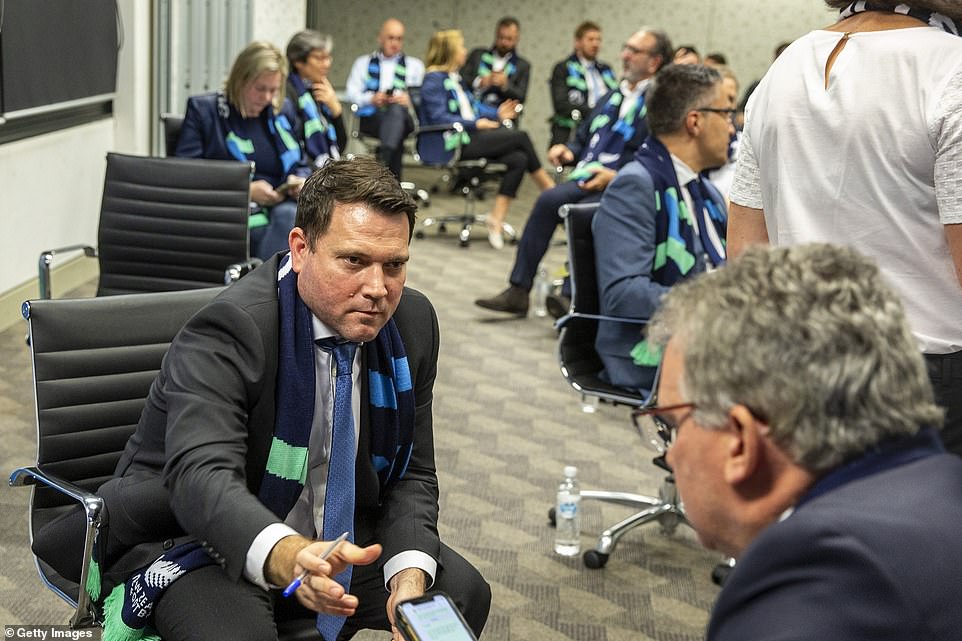 ‘Australia and New Zealand will not only host a FIFA Women’s World Cup that is the largest tournament ever run, but it will also be a catalyst for ensuring the development of women’s football continues in the Asia-Pacific region and globally,’ she said.

‘Our two nations have worked together to deliver an exceptional, historic bid and I would like to thank FIFA and the whole football family for giving us this opportunity.’ 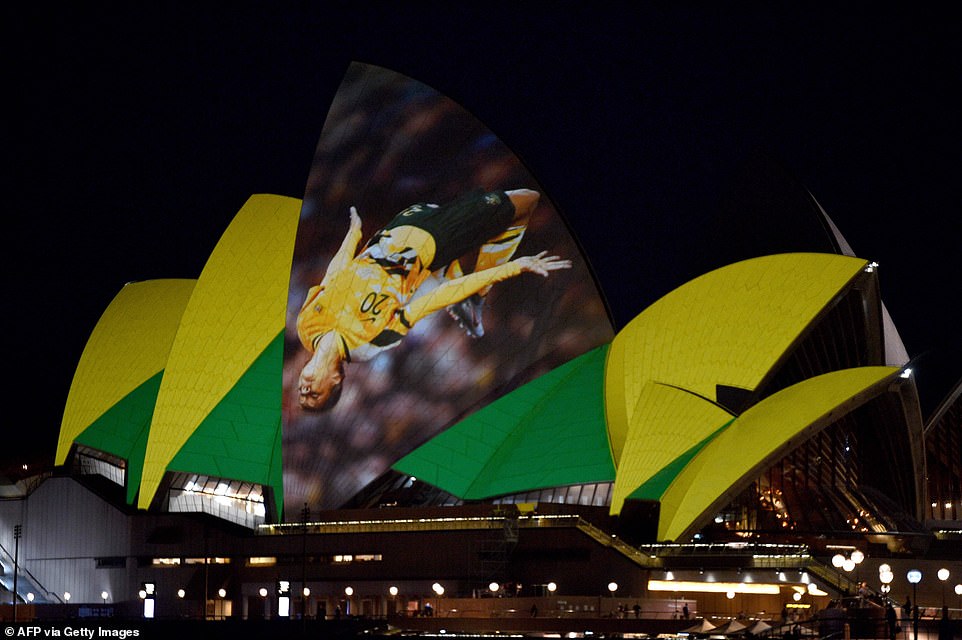 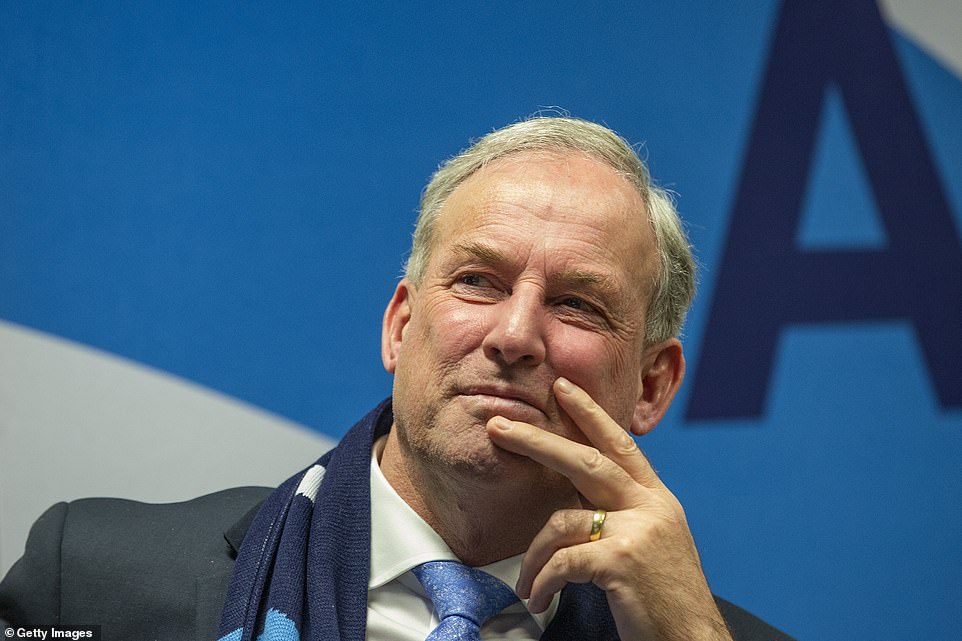 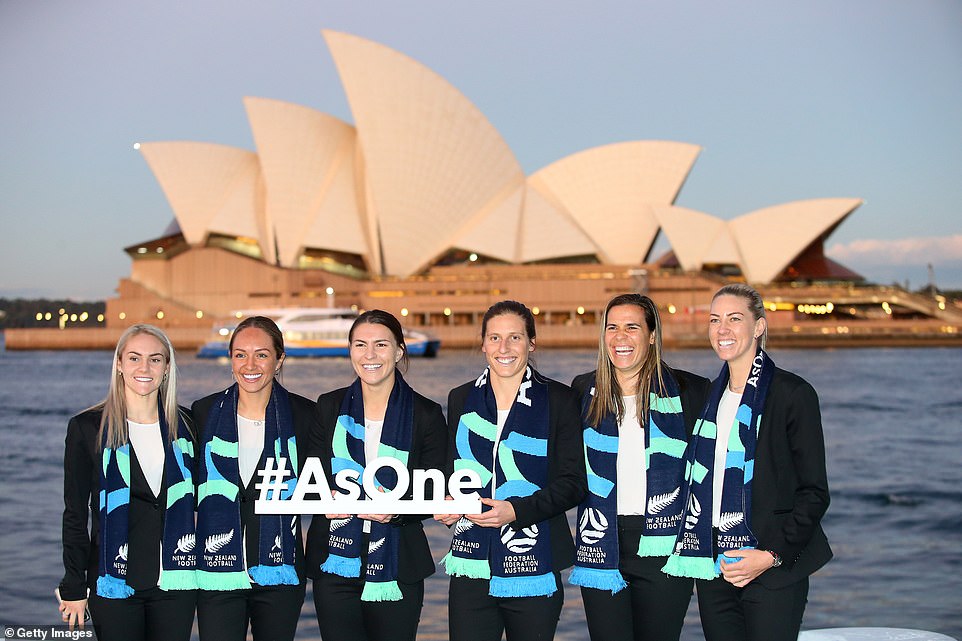 The Sydney Opera House and Auckland’s Sky Tower were lit up on Thursday to celebrate the joint bid.

The tournament is due to be played in July and August 2023, and will complete a busy 12 months for the women’s game, with the Euros taking place in England the summer before.

That tournament was originally scheduled for 2021, but was put back after the men’s Euro 2020 was postponed due to the coronavirus pandemic. 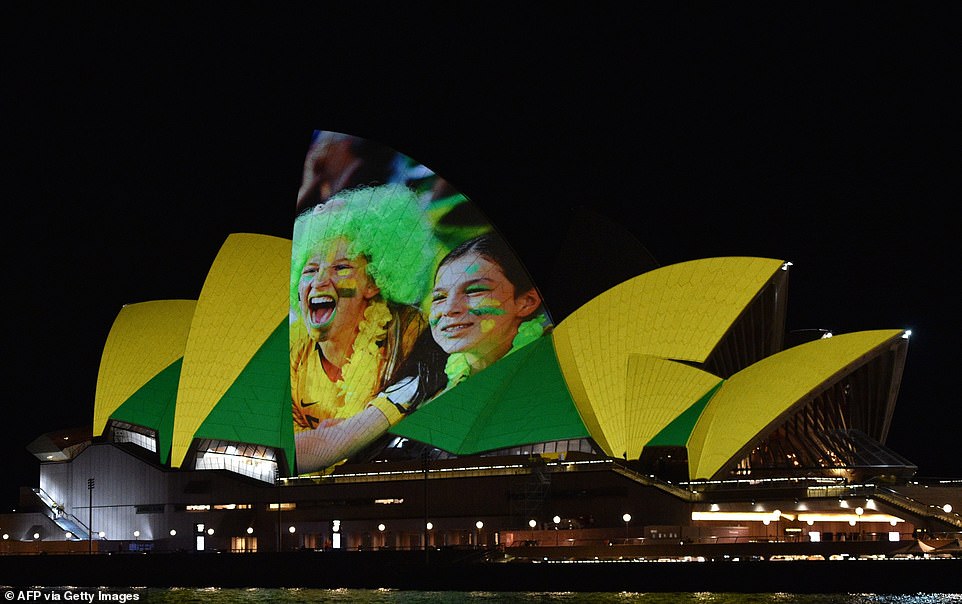 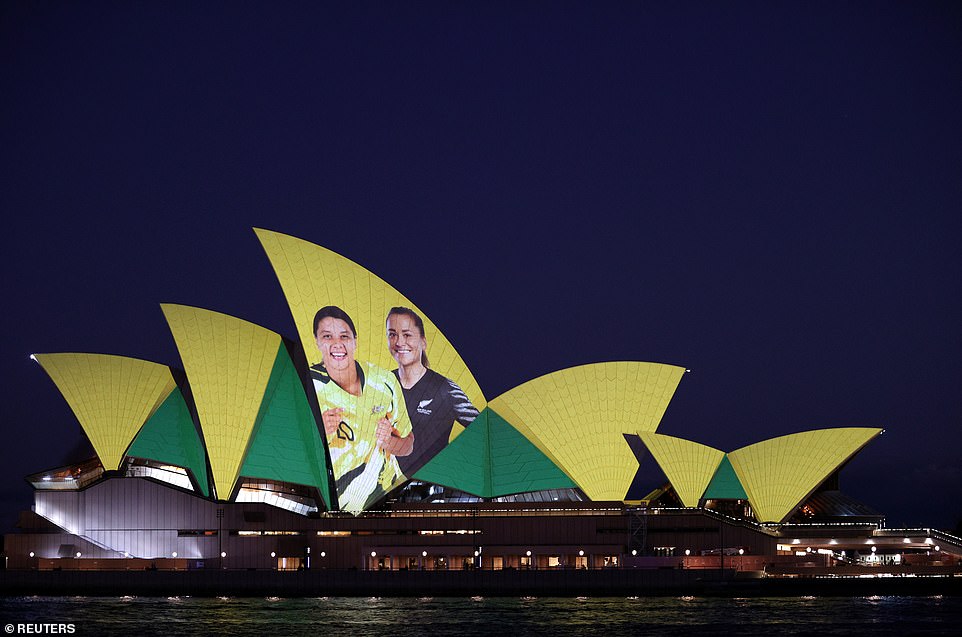