By Ffion Haf For Mailonline

Footage shows the exact moment a Ukrainian kamikaze drone smashed into a Russian armoured vehicle as soldiers desperately attempted to shoot it down.

The latest footage of the ongoing attacks on Russia shows the drone quickly advancing on a Russian tank as it drives along a single track road in the vast countryside.

Two soldiers can be seen on the vehicle in the open hatch as the drone approaches as one of them effortlessly attempts to shoot it down with his gun.

As the moment of impact occurs, another moment of the Russian crew is seen with his feet in the air.

Once the footage cuts out, it is then unknown what happens to those inside.

The use of kamikaze drones have proven to be an effective weapon for the Ukrainian troops against Russian armoured vehicles.

Many tanks and war machines implemented by Putin in the ongoing war have been wiped out using the weapons. 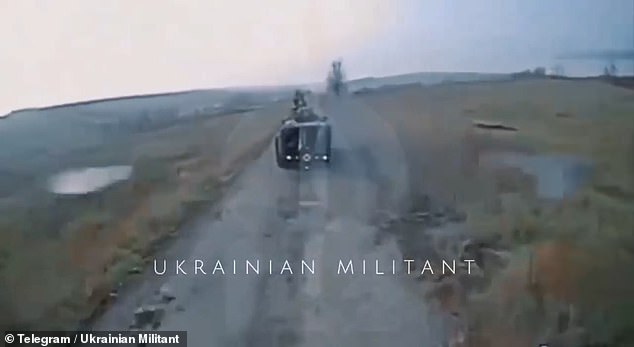 The General Staff of the Armed Forces of Ukraine said the current Russian death toll has surpassed 10,000, and it has lost possession of previously-captured territory in the ten-month war.

Loud blasts were heard at the base which is used by Vladimir Putin’s Tu-95 and Tu-160 nuclear missile carrying planes. 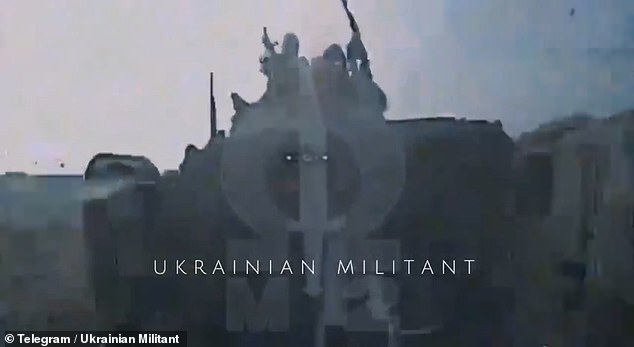 The Ukrainian foreign minister, Dmytro Kuleba, said Ukraine will do whatever it can to win the war in 2023.

He suggested that a possible peace summit would take place at the United Nations with secretary-general Antonio Guterres as mediator of the talks.

The potential peace summit would take place a year after Russia invaded Ukraine in late February 2022.