A Kentucky mother says she’s angry that her first-grade daughter was given a homework assignment that she says promotes ‘body shaming’.

Laura Lee Lewis, of London, said her daughter was given a worksheet from London Elementary School with adjectives and two pictures to go with each one.

This included examples of picking which drawing best pictured what a hill is, what a cow is, what a dish is and so on.

The last question was to identify the word ‘fat’ by circling one of two drawings of a larger girl and a smaller girl.

Lewis told WKYT that she was shocked by the assignment and thinks the example could have been presented differently.

Laurel Lee Lewis, of London, Kentucky, said her daughter was given a homework assignment to identify ‘fat’ between drawings of two girls 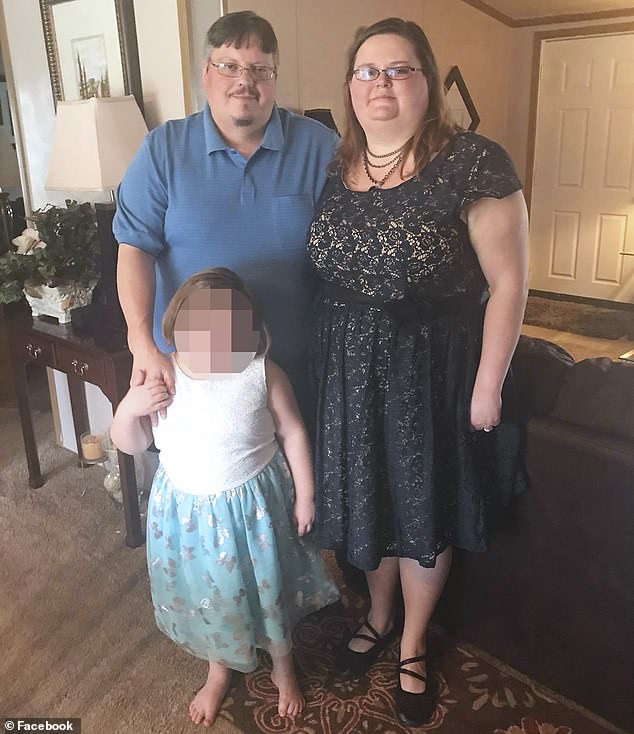 Lewis said she was shocked by the assignment and thinks the example could have been presented differently. Pictured: Lewis (right) with her daughter (center) and her fiancé

‘The way they illustrated it, it bothered me more than anything,’ Lewis told WKYT.

They could have used an animal. I gave an example of a cupcake. They could have even used that, a bigger cupcake or a little cupcake, and say: “Which one is fat?”‘

She then said she explained why the assignment was being critical, and humiliating, about weight to her daughter.

‘I had to explain to her that it was body-shaming,’ Lewis said.

‘Even if it was a skinny girl, or the example for skinny, I feel like it would still be body-shaming that person because some don’t want to be called that.’

She says she was bullied as a child over her weight and feared the assignment could do the same to her daughter.

‘I thought to myself: “They’re gonna look at it and then look over at my daughter and say: ‘Haha, you’re this little girl. You’re fat.'”‘ 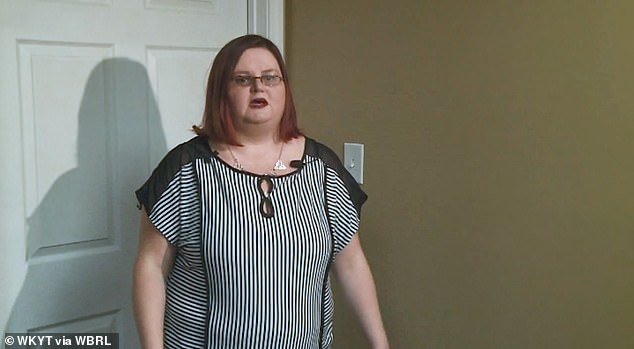 She worries that her daughter, or others, could be bullied over their size because of the worksheet. Pictured: Lewis 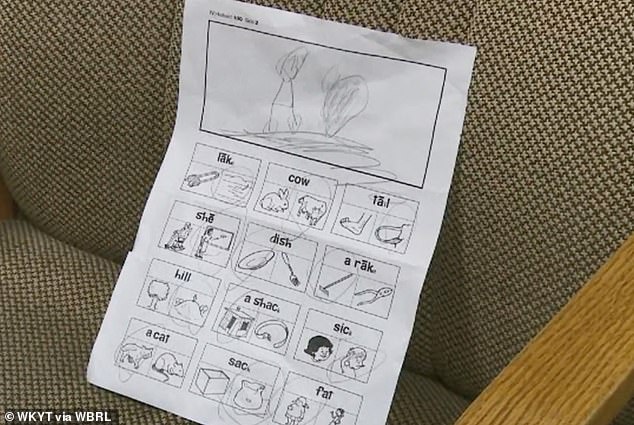 The Laurel County Board of Education says it is reviewing the curriculum and that no parent has reported concerns yet. Pictured: Lewis’s daughter’s homework assignment

Lewis took her concerns to Facebook where a post she in which she discussed her displeasure with the assignment has been shared more than 1,100 times.

The Laurel County Board of Education did not immediately respond to DailyMail.com’s request for comment.

However, the agency did release a statement to WKYT that reads: ‘We were notified yesterday via news media of this concern.

‘We have not had any parent report this concern to us. However, we are reviewing the curriculum to identify the concern.’