Many older Britons of working age who have left the jobs market since 2020 are considering a return in the face of growing cost pressures.

Fresh data from the Office for National Statistics reveals money is a key motivation for 63 per cent of post-Covid job leavers aged 50 to 65, who are considering a return, with 69 per cent of those aged 50 to 54 citing it as a main reason.

Since the onset of the pandemic in 2020, growing numbers of Britons have become economically inactive, meaning they are out of work, not seeking work and not claiming unemployment benefits.

Early retirement and long-term sickness have previously been identified as key drivers of this phenomenon.

Dusting off the CV: Money concerns are forcing some ages 50 to 65 back into the workforce 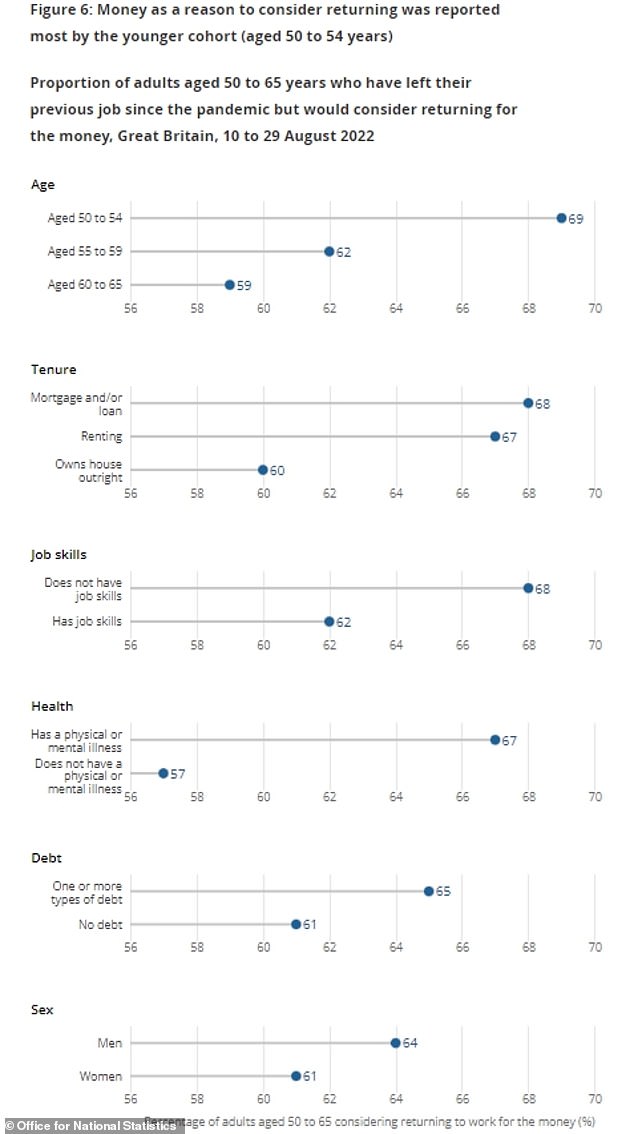 However, the ONS has recently noted this erly retirement trend reversing, particularly among older generations.

The ONS said on Monday: ‘We found that “money” was as an important motivation to return for all groups, but particularly for the younger cohort.’

Of those considering returning to work, it found 61 per cent were less likely to be able to afford an unexpected but necessary expense, while 57 per cent do not own their home outright.

It also found 68 per cent of those considering returning to work were paying off a loan or mortgage.

The ONS said that 68 per cent of those returning to work for the money are concerned that they do not have the skills to get a job.

It also found that 67 per cent of work leavers with a physical or mental illness were considering a return because of money. 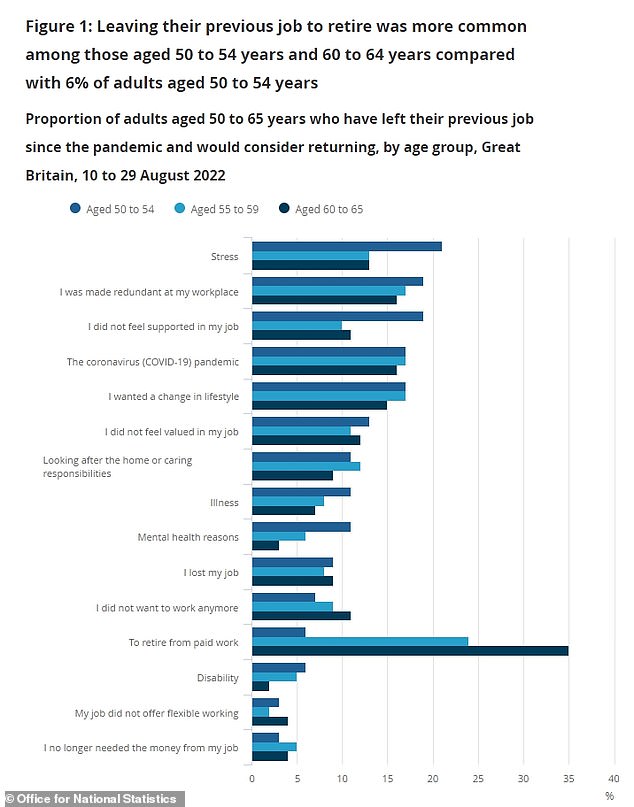 Stress and redundancy are among the biggest reasons cited for the younger cohort leaving the workforce, while early retirement is the biggest factor among the oldest group 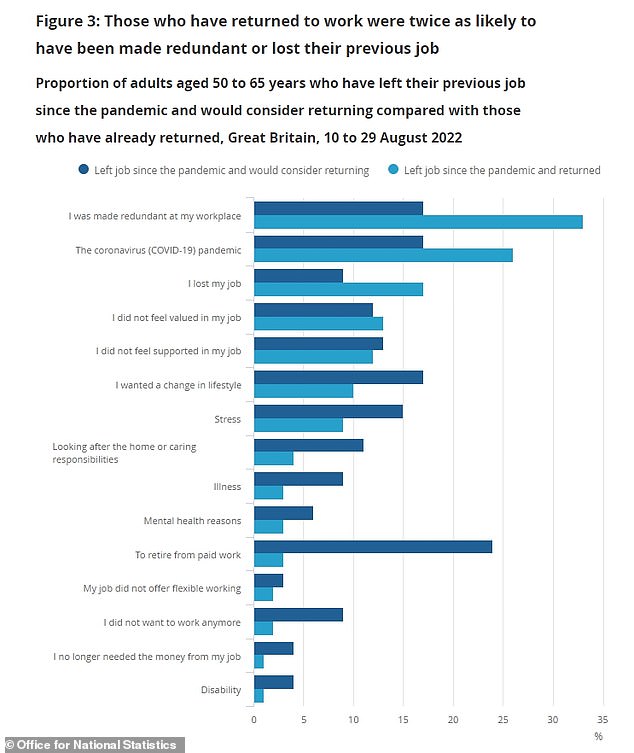 The ONS said: ‘Among adults who told us they were considering returning to work for the money, just under one-quarter (24 per cent) of the younger cohort (adults aged 50 to 54 years) said that they had not returned because they were currently looking for work.

‘This was the most commonly reported reason for this age group.’

‘Changes to my cost of living’ was also cited by 43 per cent of those polled.

Aside from money, other motivations cited by participants were ‘for a job that suits my skills and experience’ (42 per cent), ‘for the social company’ (47 per cent), and ‘to improve my mental health’ (37 per cent).

Andrew Tully, technical director at Canada Life, said: ‘As inflation soars at double digit rates and the cost-of-living crisis continues to bite, we are seeing a growing number give retirement a second thought.

‘Not only are people now looking to work beyond their state pension age, but in some cases, we are seeing a retirement boomerang, with people either considering or returning to the workforce from retirement due to growing financial pressures.

‘Looking ahead, the older workforce is going to be critical to the recovery of the UK economy as it will help to alleviate severe labour shortages, however, it is also a warning sign that people’s finances are under significant strain.’