The alleged boss of the notorious Queensland Mongrel Mob bikie gang has been arrested for wearing club merchandise while shopping in Brisbane.

The 37-year-old was spotted with another Mongrel Mob member which was allegedly a breach of bail conditions from an unrelated offence in December.

Pere also allegedly breached bail conditions by living in a property in Springwood.

He was arrested on July 13 and appeared in Brisbane Magistrates Court, where he was granted bail.

Courier Mail reported that his defence solicitor Kris Jahnke claimed the alleged club leader was not an ‘unacceptable risk’ of reoffending.

Pere’s arrest comes after police raided a property in Sunnybank Hills on July 8 where they found gang merchandise including hoodies, vests and t-shirts and two books containing the rules of the ‘Mob Mafia’.

They claim Pere had been staying at the residence. 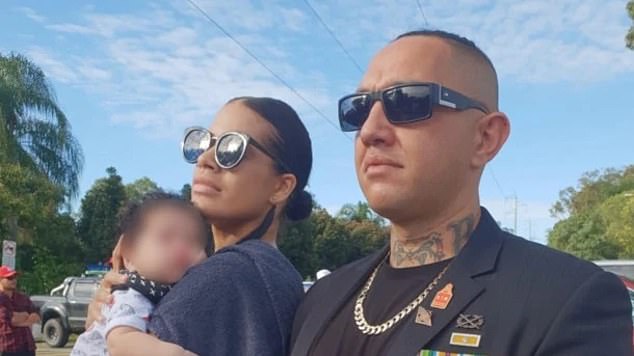 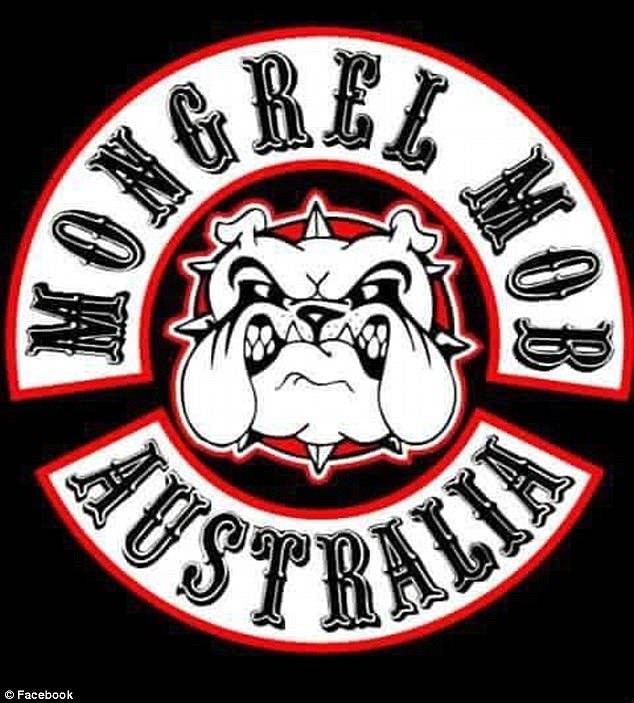 Pere has the Mongrel Mob bulldog logo tattooed on his neck, with the mob growing in presence among young New Zealanders on the Gold Coast for years

Pere has the Mongrel Mob bulldog tattooed on his neck and suffers from post traumatic stress disorder after serving in the army.

The Mongrel Mob expanded from New Zealand into Queensland in 2016 and has been growing a presence among young New Zealanders on the Gold Coast for years.

The gang was outlawed in Queensland in 2018, has more than 1,000 members and is known for organised crime including drug and weapon trafficking, assault, murder and robbery.

Their main rival is the Black Power gang and there have been several violent clashes between the two groups.