Monkey takes a selfie with a stunned family on holiday in Bali… and flips the middle finger!

Monkey grabs a camera for a selfie with a stunned family on holiday in Bali… and flips the middle finger!

A family got the holiday snap of a lifetime when a monkey grabbed their camera and took a selfie – before giving them the middle finger.

The family from the Sunshine Coast in Queensland, Australia were on a dream holiday in Bali, Indonesia when they decided to make a day trip to the popular Ubud Monkey Forest.

They asked a local guide to take photos of them during the day and were stunned to look back at the snaps and see the curious monkey flipping its middle finger.

After looking back at the pictures, mother and administration worker Judy said her family burst out laughing.

Judy said: ‘We were only in Bali for a week and thought it would be fun to go on a day tour around Bali.

‘As part of the tour, we went to the monkey forest. I thought it would be a fun experience.

‘While we were there, a guide offered to take our photo. But as he did, a monkey suddenly came in front of the camera. 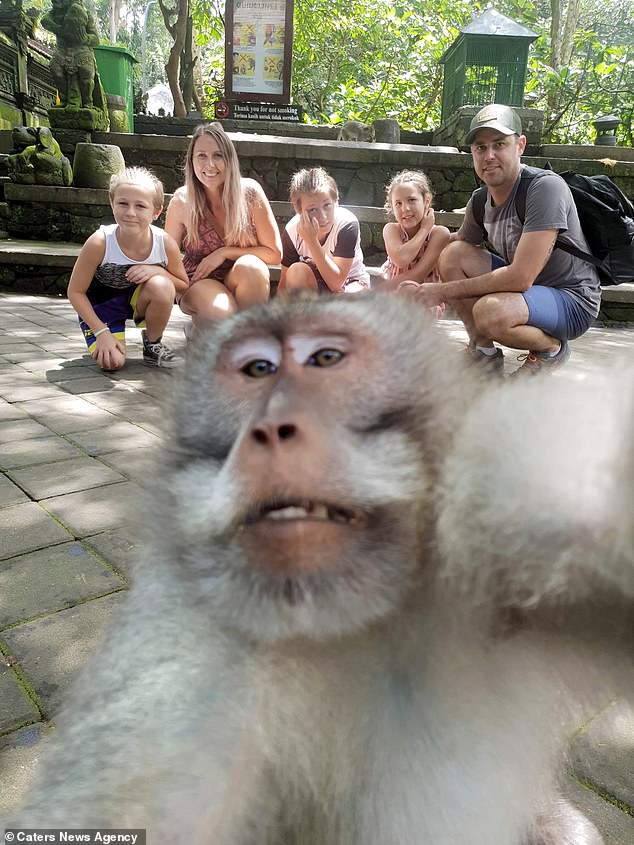 They had been taking photos at the popular Ubud Monkey Forest in Bali, Indonesia when the monkey joined in 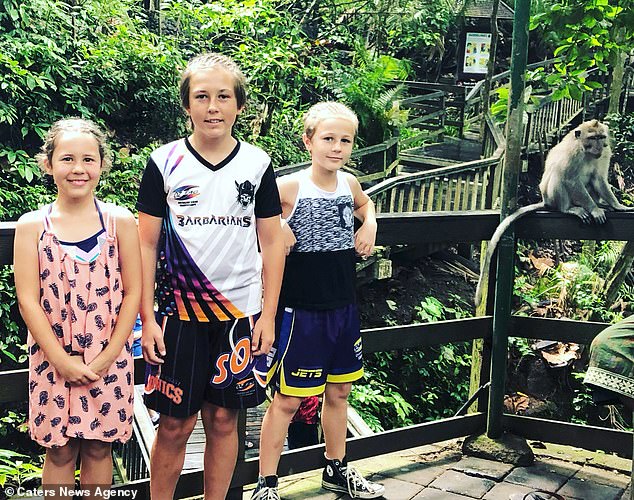 ‘The guide had peanuts in his hand and then began feeding him. It was really funny.

‘As I was flicking through the photos afterwards, I noticed that in one of them the monkey was actually giving us the finger.

‘I showed my husband and we both started laughing. We thought it was hilarious.

‘The monkey definitely had a cheeky persona going on.

‘We had such a great time there and these funny photos made it even better.’ 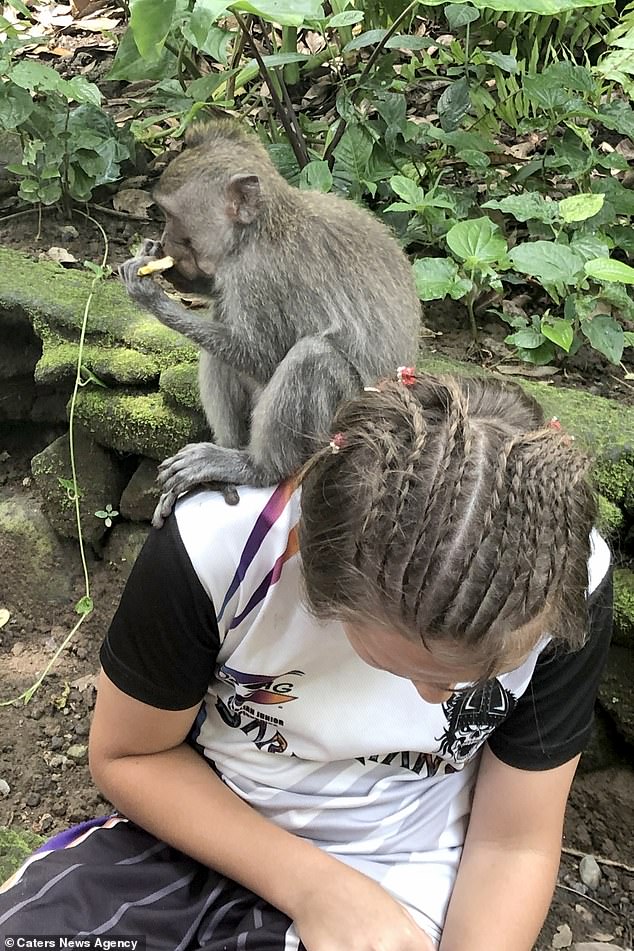 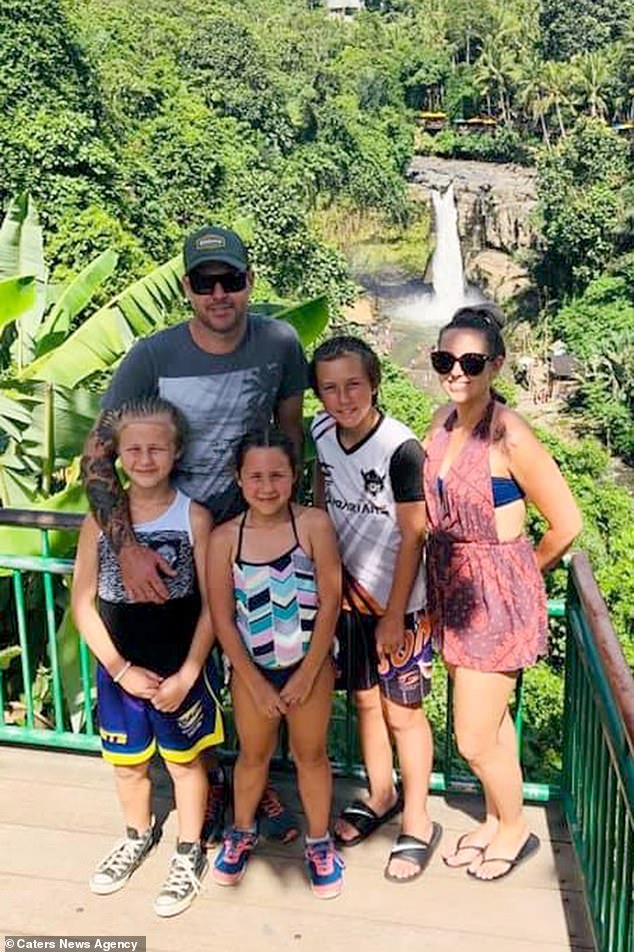 The family are from the Sunshine Coast in Queensland, Australia and, after looking back at the pictures, they burst out laughing

The priceless snap was captured during the family’s holiday to Bali in December 2018 and has been shared online for the first time this week.

Judy said that the unforgettable image was one of the highlights of their entire trip – and added that it would not be long before she and her family returned to Bali.

The mother added: ‘I posted the photo to my Facebook and Instagram and all my family and friends thought it was hilarious.

‘The experience was one of the highlights of our trip, and the photo itself is something we can look back on to remember forever.

‘Bali is such a beautiful place and we can’t wait to go back one day.’