An elderly hoarder lay trapped under decades of rubbish for 14 hours while her husband slept outside in a car.

Lynette Sullivan was rescued from her overflowing home in Canley Vale in Sydney’s south-west at around 12.30pm on Monday.

A tiny fraction of the rubbish was left piled outside including a Woman’s Day from 1998 and newspapers with articles about Princess Diana’s death.

The mound of junk also contained a box of chocolates that expired 21 years ago, uneaten mini Mars bars, and hand-scrawled phone numbers from before the eight digit was added. 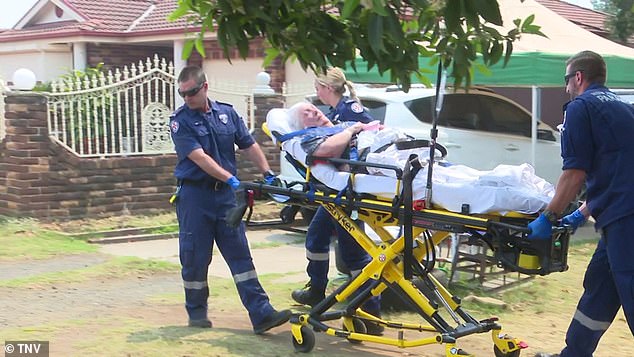 Inside more hoarded rubbish reached the ceiling in every room and neighbours said the was almost no room to move around.

The alarm was raised when Ms Sullivan’s husband John tried to give her a pre-planned wake-up call at 7.30am and she didn’t answer.

Mr Sullivan had been unaware that fallen debris had trapped her leg at 10pm the previous day because he slept in the car every night for at least the past decade.

He and a neighbour opened the front door but called police about 10am when they couldn’t get inside for all the junk.

Police and firefighters had to break a window and form a human chain to free Ms Sullivan. 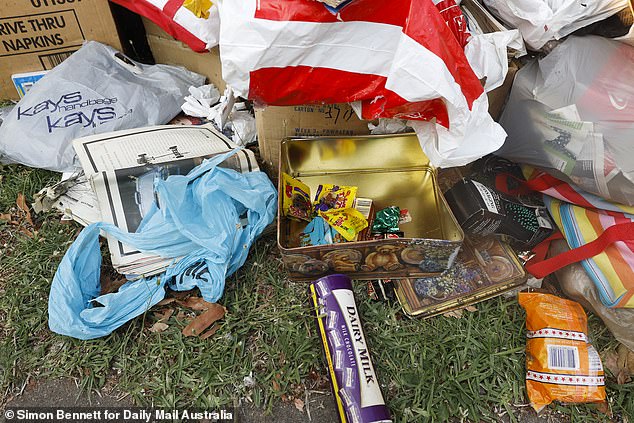 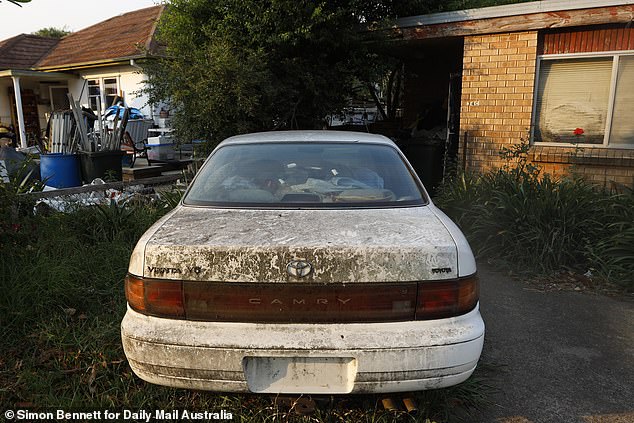 It’s understood Lynette’s husband John spent the night sleeping in a car (pictured) outside, unaware his wife was trapped inside, buried under decades of rubbish

‘They were shocked by what they saw, they were shaking their heads when they came out,’ neighbour Gary Bhurra  told Daily Mail Austtralia.

The Salvation Army shop volunteer was taken to Liverpool Hospital with a minor leg injury, though neighbours feared she was dead.

‘I asked John if she was still alright and he said no, but she’s still alive,’ Mr Bhurra said.

Another neighbour said the couple lived in the house for 40 years and hoarding was a longstanding issue.

‘They had a break-in 20 years ago and I went over to help. The burglars must have got a shock, there was nothing to steal, just junk,’ he said. 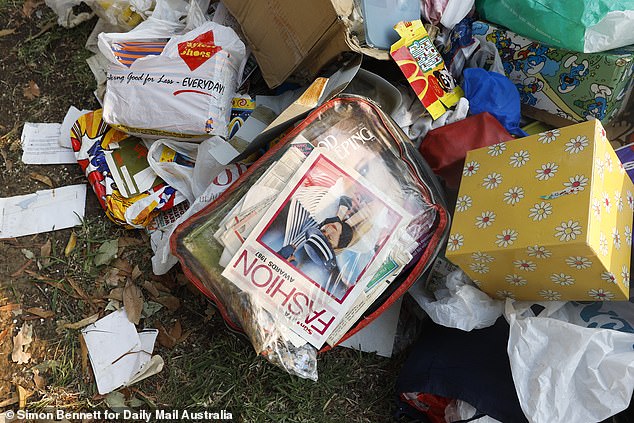 The man said the hoarded possessions were a metre high back then and there was barely enough space to squeeze past them.

‘Three years ago her mother died and we helped them clean out her place… and a lot of it ended up in there,’ the neighbour said.

‘I told her why do you want it, it’s just junk but she kept most of it.’

The neighbor said Mr Sullivan slept in the car and spent much of his time there.

‘John was ostracised out the front of the house and sometimes needed help charging the car battery, especially in winter,’ he said. ‘It’s a crazy way to live. I think John gave up a long time ago.

‘I asked him three years ago if he was going to do anything about it and he didn’t answer.’ 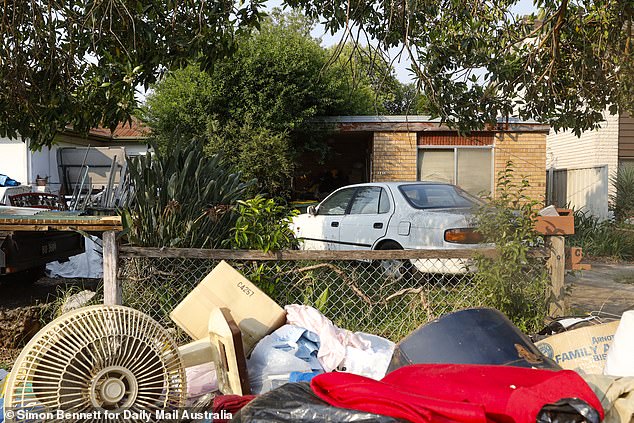 Neighbours claim Ms Sullivan’s husband slept in the car, where he spent much of his time 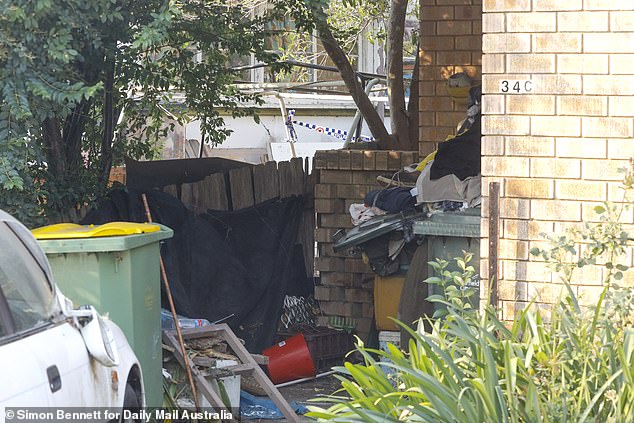 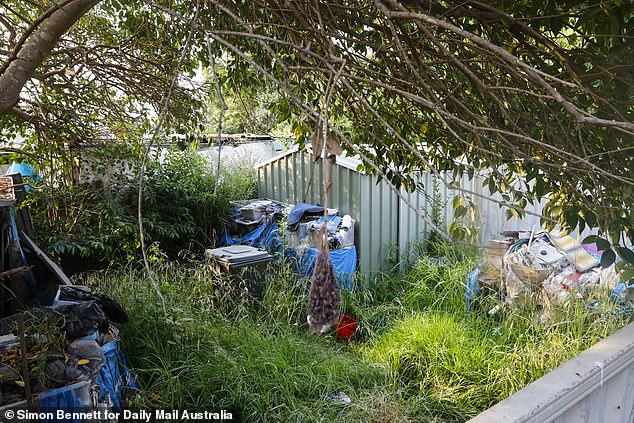 Mr Bhurra said it appeared Mr Sullivan was forbidden or at least unwilling to enter the home unless absolutely necessary.

‘We rarely saw him go inside the house, he would just go to the door, talk to her, then go back to the car,’ he said.

He added neighbours would hang out in his neighbour’s front yard and he would look like he wanted to join them but never would. 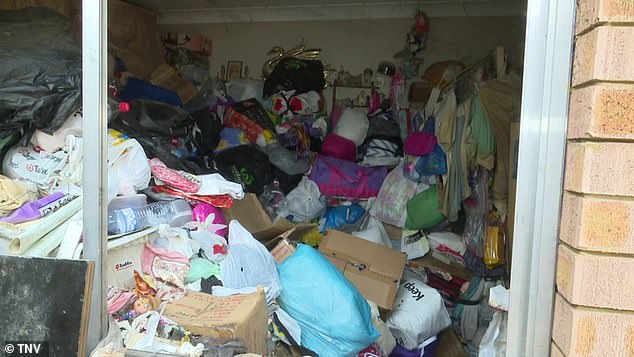 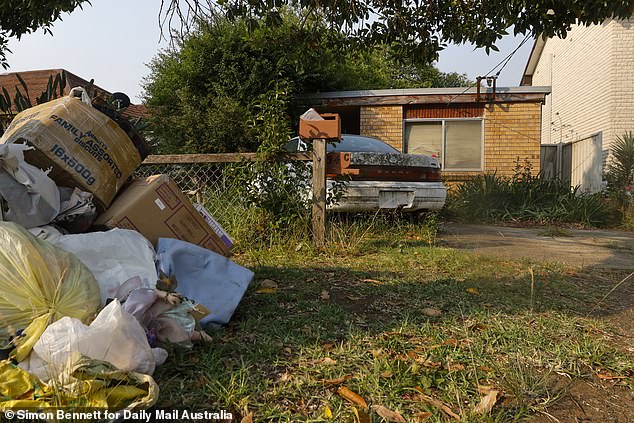 Pictures from the home showed her garden littered with items including a stack of full cardboard boxes, an old bench and a plastic barrel packed with metal poles.

A New South Wales Fire and Rescue spokesman said: ‘We received a call from the police at 9.36am and attended the home on Delamare Street.

‘Crews worked to clear the materials and uncovered the woman’s head and torso.

‘They used hydraulic equipment to remove the items before paramedics assessed her for crush injuries and freed her.’ 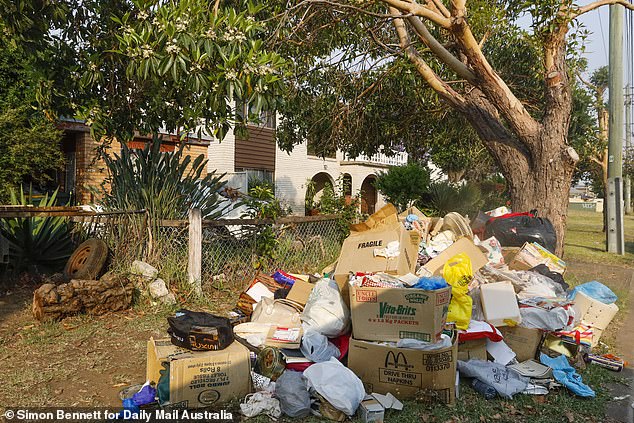 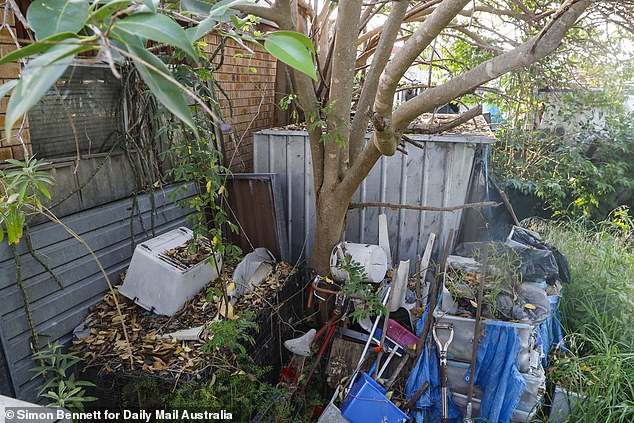 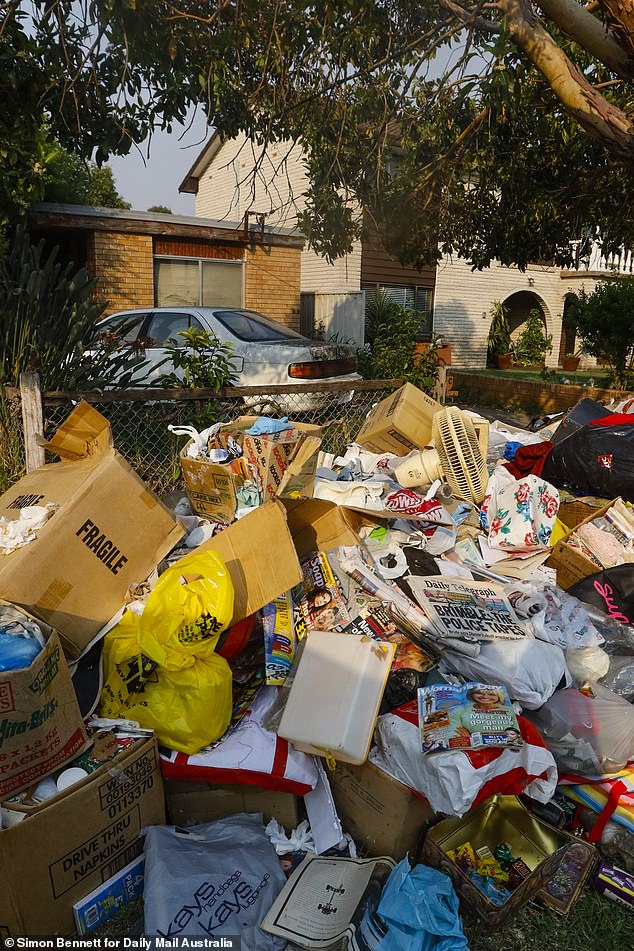