The Midwest is bracing for another round of severe thunderstorms as forecasters predict a wet labor day weekend across large swaths of the country.

A broad storm system is moving in on the Plains Friday and will make its way north to the Great Lakes over the weekend, threatening to bring even more violent winds, heavy rainfall and tornadoes to the region that’s sustained over a week of strong storms.

Areas of Wisconsin, Minnesota and Iowa that are already experiencing widespread flooding have been placed under a flood watch as they brace for more than four inches of rain.

Labor Day festivities across large parts of the US including the heartland, New England and Florida are predicted to be interrupted by wet weather. 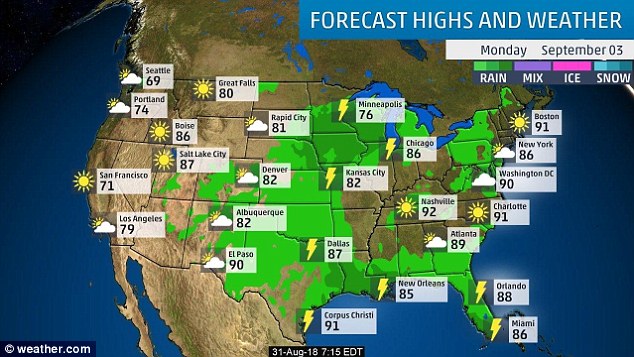 Labor Day festivities across large parts of the US including the Midwest, New England and Florida are predicted to be interrupted by storms and showers on Monday 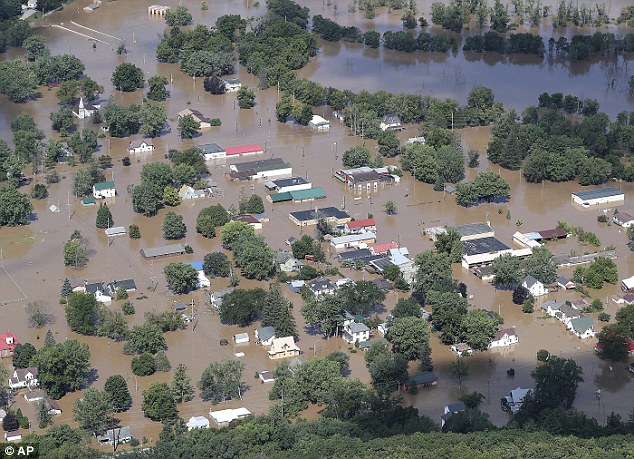 The Midwest has been battered by a series of storms over the last week. Pictured: Torrential rains Monday night and Tuesday caused severe flooding in Gays Mills, Wisconsin

The Midwest region has been battered by thunderstorms in the last week, with some areas reportedly receiving nearly a foot of rain, three times the typical amount in August.

Communities from Missouri to Minnesota are now bracing for another round of severe weather over the weekend.

‘Severe thunderstorms will develop near the border of South Dakota and Minnesota Friday and will track across Minnesota and Wisconsin through the nighttime hours,’ AccuWeather Meteorologist Maura Kelly said Friday morning.

Rainfall could have dangerous consequences particularly in Wisconsin, which was placed under a state of emergency on Tuesday after torrential downpours the previous night left large portions of the state underwater. 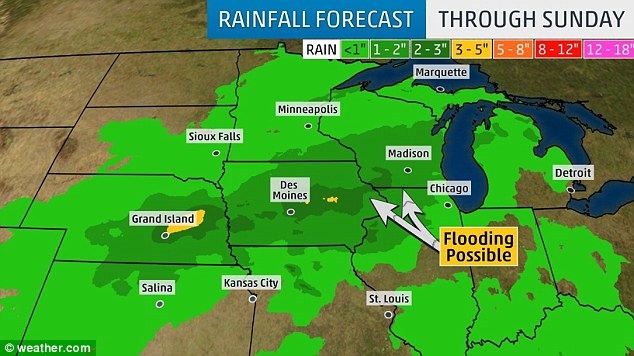 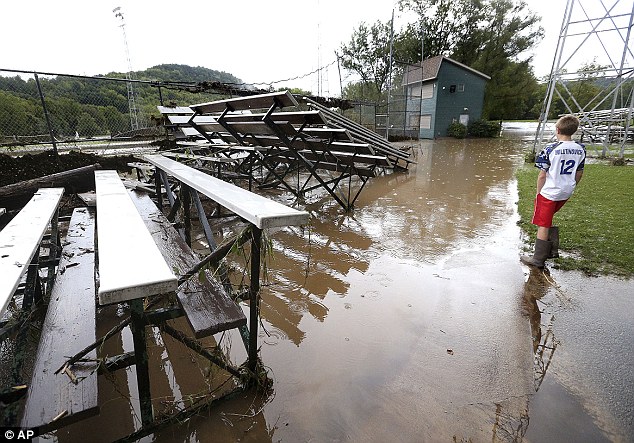 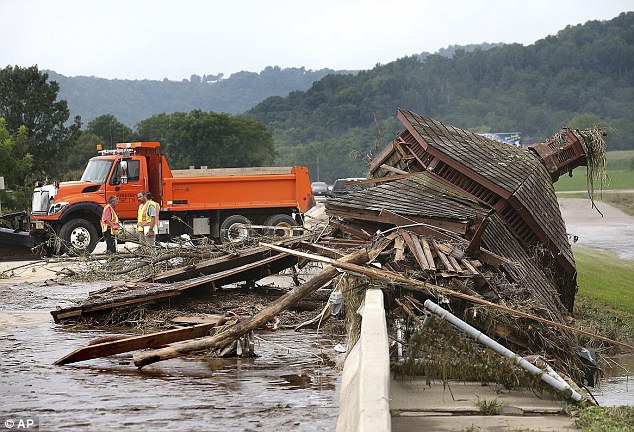 To the east, a stationary front moving across the mid-Atlantic is expected to bring heavy rains across New England from Washington, DC, to Philadelphia through Labor Day Monday.

According to AccuWeather, storms will be most active in Virginia, Maryland, Delaware, Pennsylvania and New Jersey, with a few spotty showers spreading into New York on Sunday.

Senior Meteorologist Carl Babinski cited Pittsburgh, Washington, Baltimore and Syracuse as cities where holiday barbecues and parades could be dampened by rainfall.

The wet weather comes after a string of sweltering days across the region during the first week of autumn. 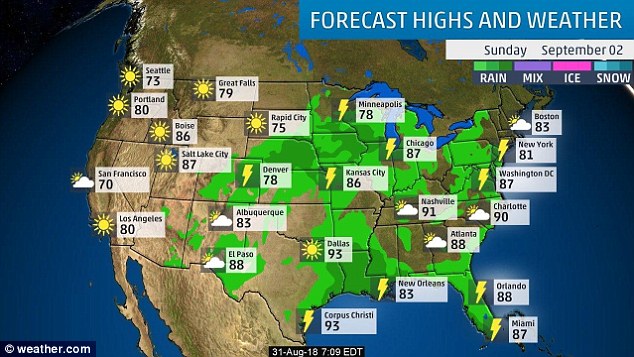 According to AccuWeather, storms will be most active in Virginia, Maryland, Delaware, Pennsylvania and New Jersey, with a few spotty showers spreading into New York on Sunday 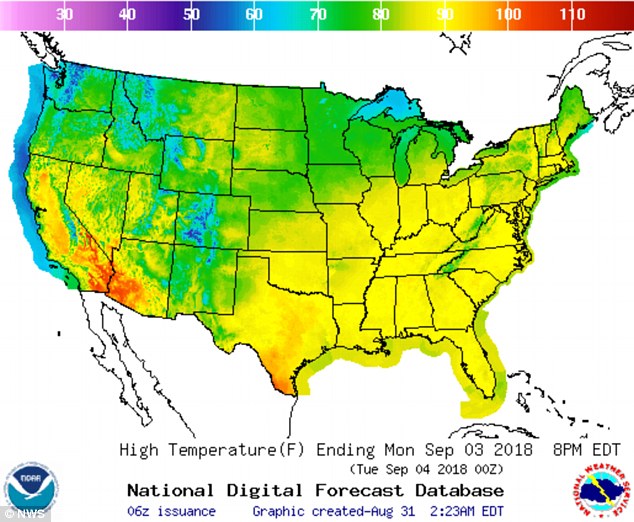 Another weather system brewing in the Caribbean is expected to make landfall in southern Florida by the start of next week.

Tropical storm activity has begun to pick up as September 10 marks the peak of Atlantic hurricane season.

‘There are signs now that wind shear may drop over a significant part of the Atlantic basin over the next couple of weeks,’ AccuWeather Senior Meteorologist Bernie Rayno said.

Decreased wind shear makes it easier for tropical storms to form and to strengthen.

Off the west coast of Africa, a feature dubbed Potential Tropical Cyclone Six is on the verge of becoming a tropical depression, potentially escalating to become a powerful hurricane.

Residents on the Cape Verde islands have been warned to closely monitor storm activity and be prepared for wind and rainfall to pick up over the next few days. 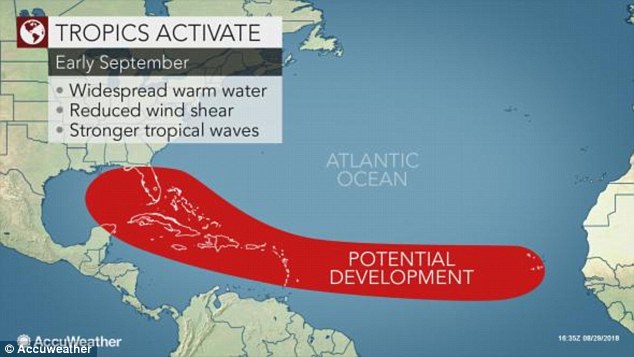