More than 10,000 evacuated across Moscow after bomb threat

More than 10,000 people have been evacuated from public spaces across Moscow after authorities received several bomb threats.

Some 20 sites are being cleared, including universities, shopping centres and train stations in central Moscow on Wednesday afternoon.

Authorities say they received ‘almost simultaneous’ warnings that more than a dozen public places had been rigged with explosives, and decided to evacuate.

Bomb threat: Some 20 sites are being cleared across the Russian capital, including universities, shopping centres and train stations

‘Twenty sites are currently being evacuated, and more than 10,000 people have been escorted out, though the specific number is still being confirmed,’ an emergency services source said according to RT.com

‘This appears to be a case of telephone terrorism, but we have to check the credibility of these messages.’

Police are currently emptying out the locations – including three main railway stations, a dozen shopping centres and at least one university campus.

Sniffers dogs are searching the areas to confirm if there is any truth to the threats made. 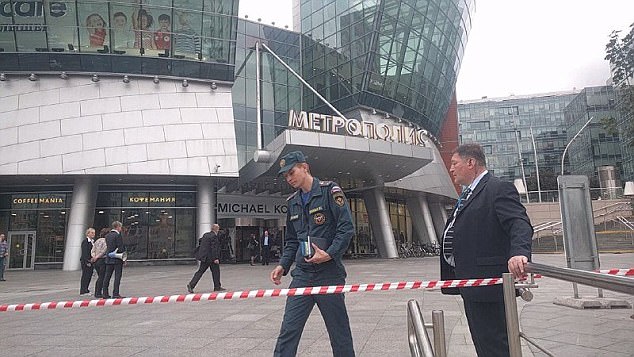 Emergency: Police cordon off a large shopping centre in Moscow after evacuation 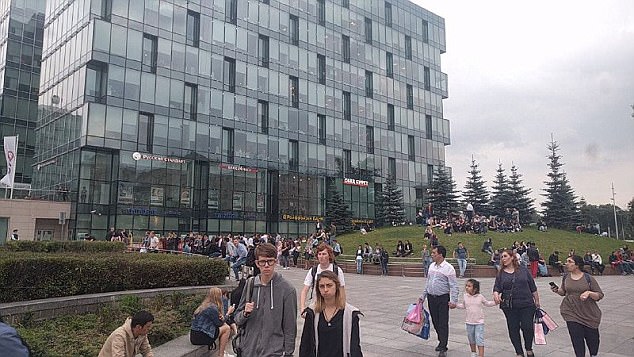 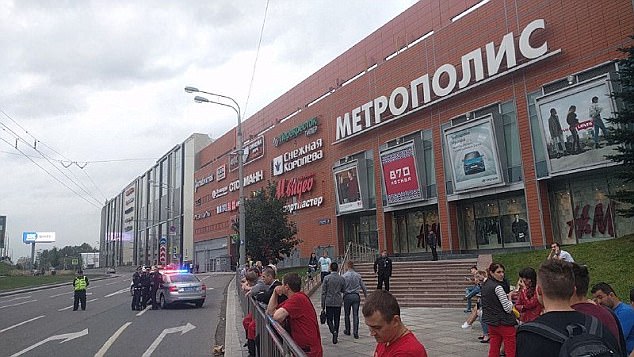 Action: Authorities say they believe the threats were fake, but had decided to ensure that no risks were taken and evacuated