More than 1,600 migrant children moved under cover of darkness to tent camp

More than 1,600 undocumented children have been stealthily relocated from private foster homes and shelters to a tent camp in West Texas as part of the Trump administration’s mass reshuffling initiative.

As the New York Times reported on Sunday, hundreds of migrant children are being transferred under the cover of darkness from shelters all across the country to the desolate campsite in the desert city of Tornillo.

Most of the children, between ages 13 and 17, are roused from their beds in the middle of the night and loaded onto buses, often with just a couple hours’ notice, so they would be less likely to panick or try to escape.

More than 1,600 undocumented children have been quietly moved from private foster homes and shelters to this sprawling tent camp in Tornillo, West Texas 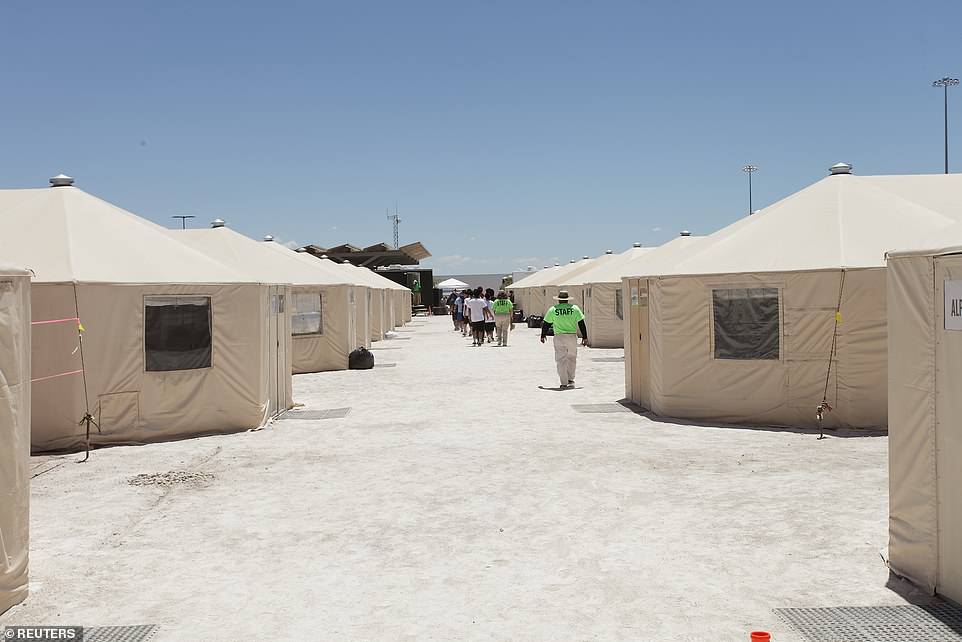 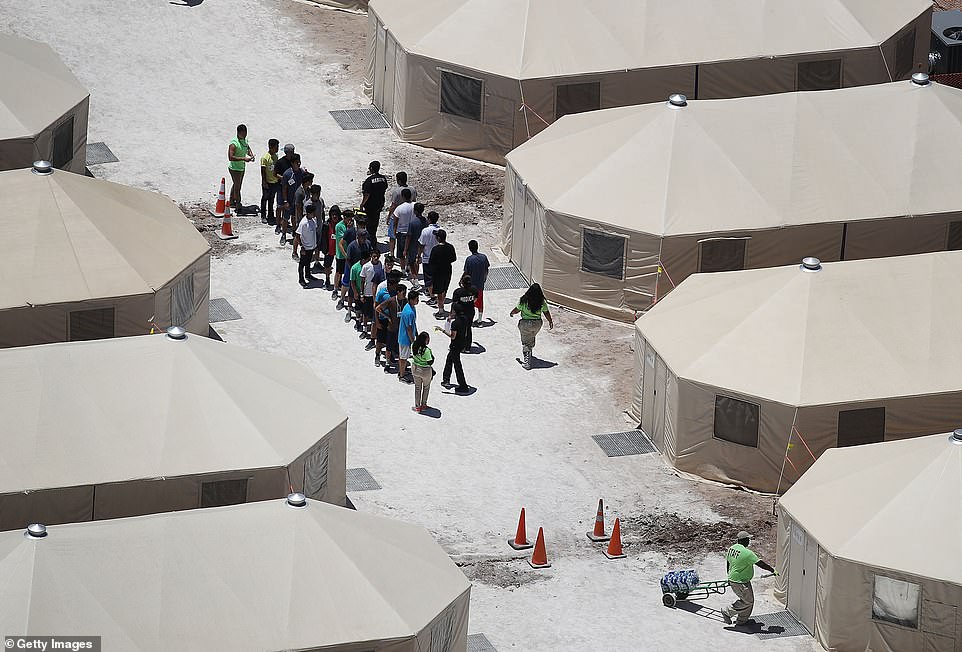 According to the paper, children arriving at the site are split up by gender and sleep 20 to a tent.

All the tents, which vary in sizes and serve different functions, are air-conditioned and the camp is equipped with portable toilets for the children to use.

There is no school on site, so the children are instead handed workbooks, which they are not required to complete. They also have limited access to their lawyers.

MSNBC correspondent Jacob Soboroff reported in late September that the growing population of the pop-up camp now almost equals that of the town of Tornillo itself.

The camp, which originally opened four months ago with a 360-bed capacity for 30 days, is being expanded to 3,800 beds and will be kept operating through the end of the year by the US Department of Health and Human Services. 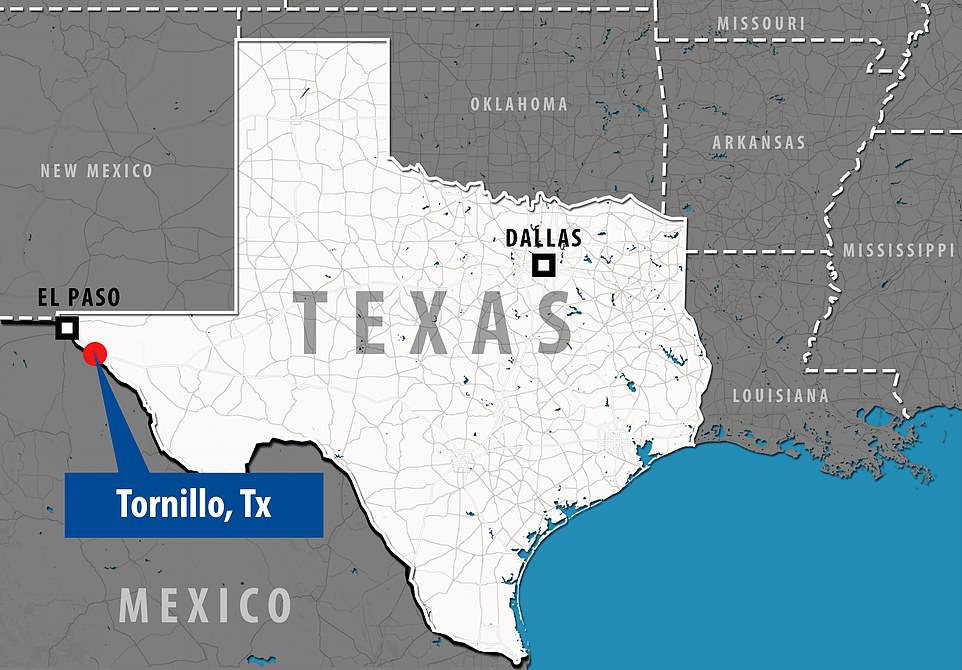 The pop-up city is situated in the West Texas desert, on the US-Mexico border (pictured) 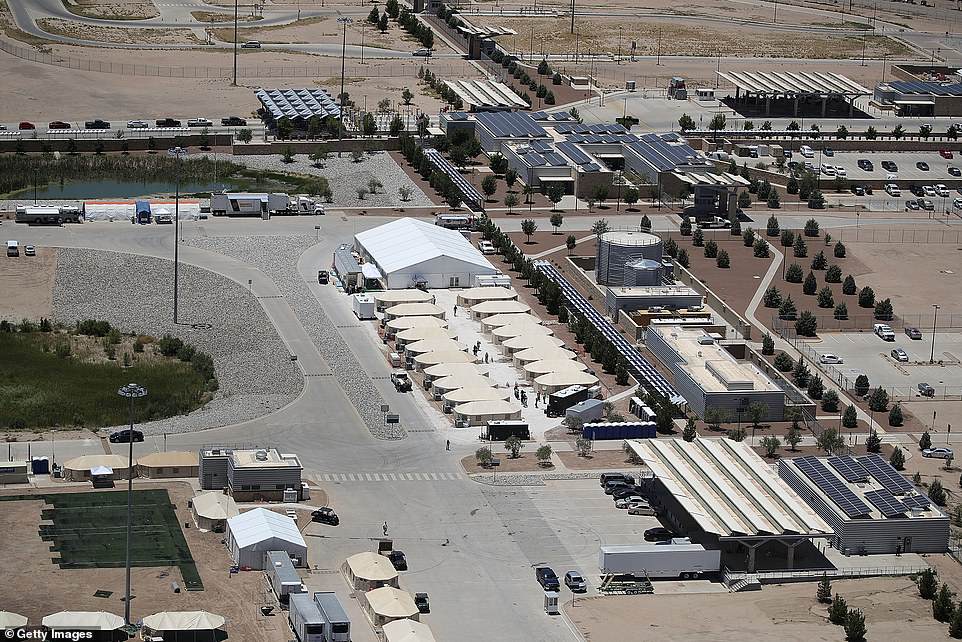 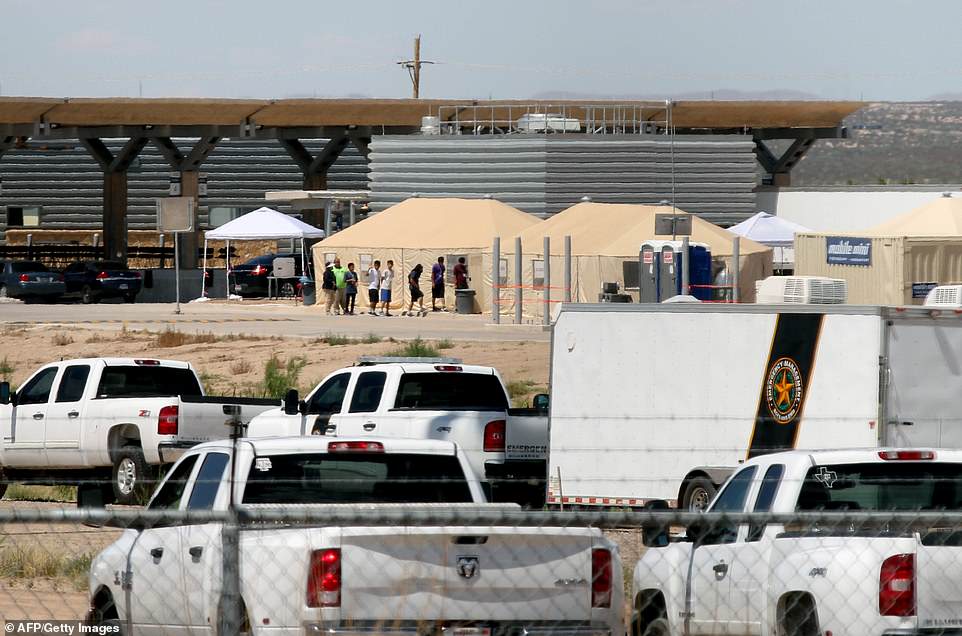 The US Department of Health and Human Services is expanding the camp to 3,800 and it will remain open through the end of the year

The large-scale relocation of the unaccompanied minors is part of what the Times article called a ‘mass reshuffling’ by the Trump administration, which is now caring for 13,000 undocumented children.

HHS spokesman Kenneth Wolfe said last month the expansion of the Texas site the was not due to the Trump administration’s zero-tolerance policy, which led to the separations of more than 2,500 children from their parents.

Three months after enforcement of the policy officially ended, more than 400 children remain in government care, away from their parents, many of whom were deported.

Those previous family separations ‘are not driving this need,’ Wolfe said.

Thousands of immigrants continue to arrive at the southwest border each month, mostly from Central American countries roiled by gang violence and poverty.

The US Border Patrol said it apprehended nearly 4,000 children unaccompanied by an adult at the southwest border in July.