More than 25 people are arrested in international raid

More than 25 people have been arrested in overnight raids across the UK and Europe as part of an international investigation into an alleged people smuggling ring.

Addresses in England, Bulgaria and Belgium – suspected of being linked to an organised criminal network – were targeted this morning in a coordinated operation.

The Home Office said 11 people were taken into custody in London, Birmingham and Gateshead on suspicion of assisting illegal immigration, while a further 15 were arrested in Belgium and Bulgaria.

The individuals are alleged to have been involved in transporting migrants, mainly from Afghanistan, across Europe and into the UK, often by concealing them in adapted vehicles.

A huge police investigation today across England and Europe lead to 26 arrests. Pictured above, a woman and a child alongside three men found hiding in a modified vehicle

Another individual was arrested in London for suspected immigration offences.

The UK operation was led by Immigration Enforcement Criminal and Financial Investigation (CFI), in partnership with National Crime Agency (NCA) and Border Force.

Seven of the arrests on suspicion of assisting illegal immigration were made in London, two in Birmingham, two in Gateshead, seven in Bulgaria and eight in Belgium.

In Southall, west London, immigration officers broke down the door and stormed the home of a man, before searching the property.

He wore a blanket over his head as he was led away following his arrest. 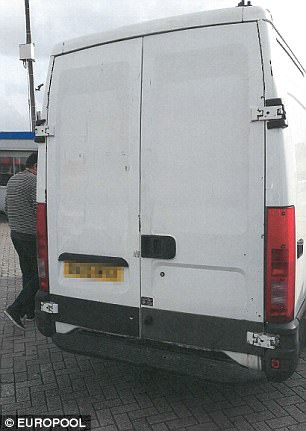 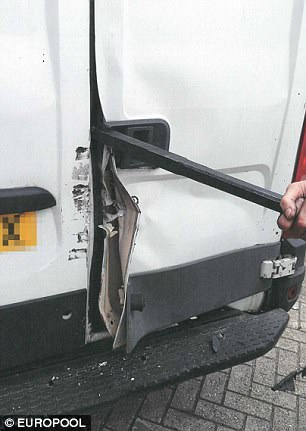 Seven of the arrests on suspicion of assisting illegal immigration were made in London, two in Birmingham, two in Gateshead, seven in Bulgaria and eight in Belgium 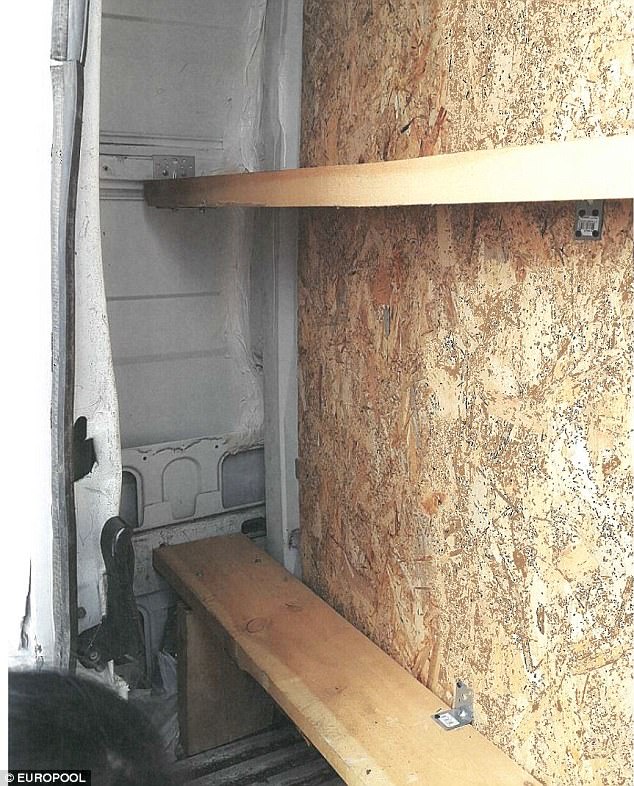 Steve Dann, director of CFI, said: ‘People smuggling is a cruel and dangerous trade in which often vulnerable individuals are treated as commodities.

‘Many are passed into the hands of other crime gangs who would seek to exploit them for modern slavery purposes – including labour exploitation and the illicit sex trade.

‘We have been working closely with law enforcement colleagues across Europe and that vital co-operation will continue as the investigation proceeds with the evidence we have seized today.’

The NCA’s Chris Hogben, deputy head of Project Invigor, the taskforce targeting smuggling networks, said: ‘Criminal gangs often facilitate the arrival of illegal migrants into the UK by exploiting their desperation without thought for safety and with the sole motive of profit.

‘We see this through migrants being sent across the channel in unseaworthy small boats or stuffed into the back of cramped lorries, vans and cars.

‘This operation is a good example of how we can bring together law enforcement from across Europe to work together to take on that threat and disrupt the organised networks involved in people smuggling.’ 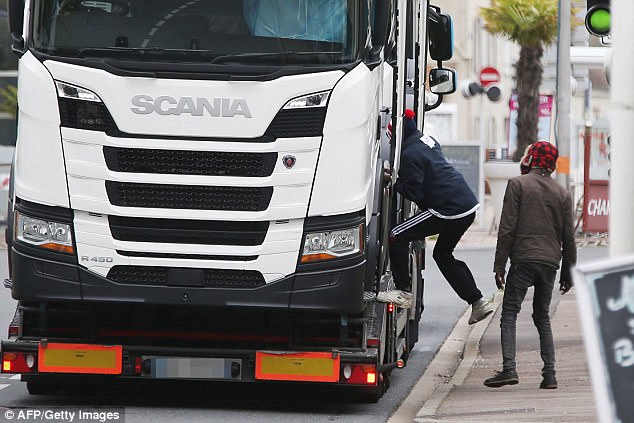 More than 25 people have been arrested in overnight raids across the UK and Europe as part of an international investigation into an alleged people smuggling ring. Pictured above, migrants attempting to smuggle into a lorry earlier this month