More than 35,000 Floridians waited up to two weeks to get ‘unreliable’ coronavirus test results

A Florida-based health care system says the results of more than 35,000 coronavirus tests are ‘unreliable’.

According to AdventHealth, it was concerned with one of of its third-party labs, MicroGen DX, which had been processing the tests.

Due the lab being able to fulfill its obligations and ‘unacceptable delays’, AdventHealth has terminated its contract with the lab.

The company says it will notify the patients who are impacted with a letter and a phone call – but many Floridians say no one has reached out to them yet.

AdventHealth says the results of 35,000 coronavirus tests administered in Florida are ‘unreliable’. Pictured: Cars arrive at a drive-thru coronavirus testing site at a parking lot in Tampa, April 22 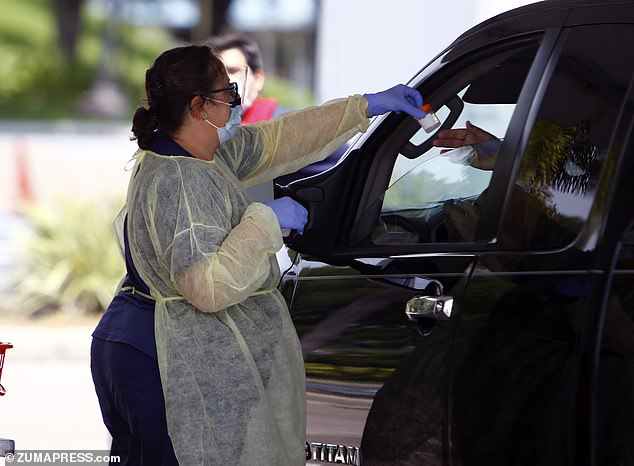 Some patients received false positive or negative results, while others never got their results back. Pictured: Healthcare workers talk with a patient before collecting a sample at a parking lot in Tampa, April 22 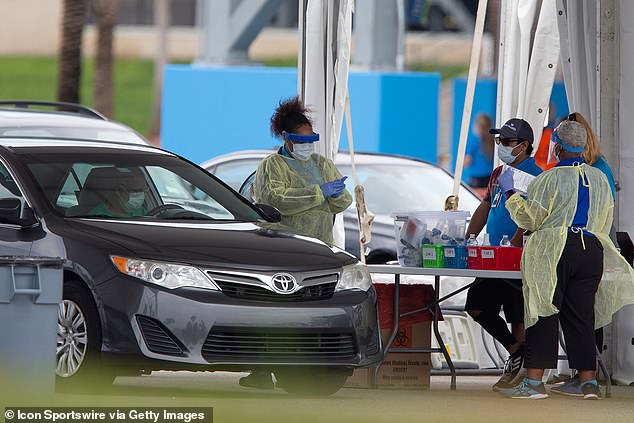 The third-party laboratory that was processing the results says the fault is the federal government’s for taking supplies and redirecting them to other labs. Pictured: Healthcare workers tend to a patient at the AdventHealth COVID-19 testing site in Daytona Beach, April 10

‘While we work successfully with many other labs across multiple states to provide COVID-19 tests for our communities, we have terminated our contract with this particular lab and share in the disappointment and frustration this situation has created,’ Terry Shaw, president and CEO of AdventHealth, wrote in a statement.

‘We are deeply sorry for the inconvenience and uncertainty it has caused.’

One of the Floridians who never got her coronavirus tests results back is Tanya Rezack, from Orlando.

She told DailyMail.com she had been experiencing upper respiratory symptoms for a few weeks and decided to get tested to rule out the virus.

Rezack signed up for a test and she was directed to a drive-thru clinic on May 5, and was ‘in and out’ very quickly.

Five days later, there were no results AdventHealth’s app and she hadn’t gotten a phone call

WHAT ADVENTHEALTH IS SAYING TO DO IF YOU ARE ONE OF THE 35,000 PEOPLE AFFECTED

‘I called their COVID hotline and they said lab backlog and I would have to wait an additional week,’ Rezack, 47, said.

‘After the week, I called the COVID hotline again. They said the lab was backlogged and would expedite delivery of my results and said they would call me within 48 hours.’

After 48 hours went by with no phone call, Rezack took to Twitter to express her frustration. That’s when she learned she wouldn’t be getting her results back.

‘We’ve been made aware the third-party lab we contracted with is unable to process COVID-19 tests,’ the lab wrote back on Twitter.

‘Responding to this on Twitter, I felt, was very unprofessional,’ she said. ‘They had broken my trust in their organization’

Rick Martin, CEO of MicroGen DX, whose lab is based in Texas, said the issue with not processing results quickly results was the fault of the federal government.

Martin says he stands by his lab and the test results that did come back, but AdventHealth has since terminated its contact with the lab. 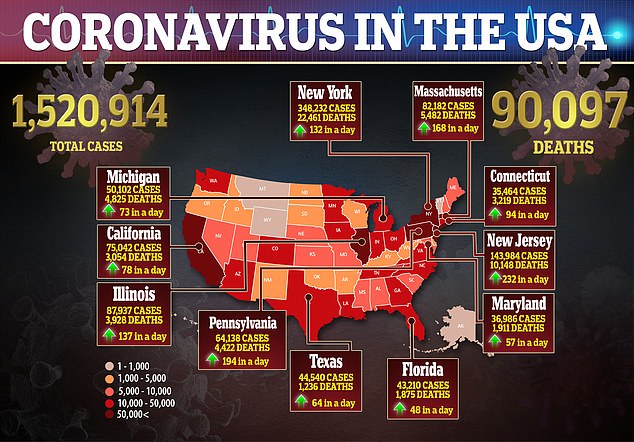 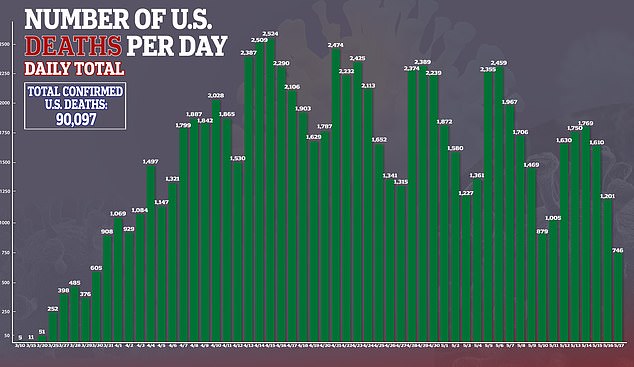 ‘I didn’t learn anything except it’s a sad mess in a time we need results quickly to be healthy as a community,’ Rezack said.

‘They need to understand lives are at stake…All along the line I’ve seen failure.’

She has since gotten a second coronavirus test from OrlandoHealth, with results expected to return in 24 to 48 hours.

As of Monday morning 658,000 people in Florida – three percent of the population – have been tested for the virus, according to the state’s health department.

It comes as Florida prepares for a ‘Phase One’ reopening including increasing restrictions on restaurants and retail store capacity from 25 percent to 50 percent.

Museums, libraries and gums will also be allowed to operate at 50 percent capacity, but bars and movie theaters will remain closed. 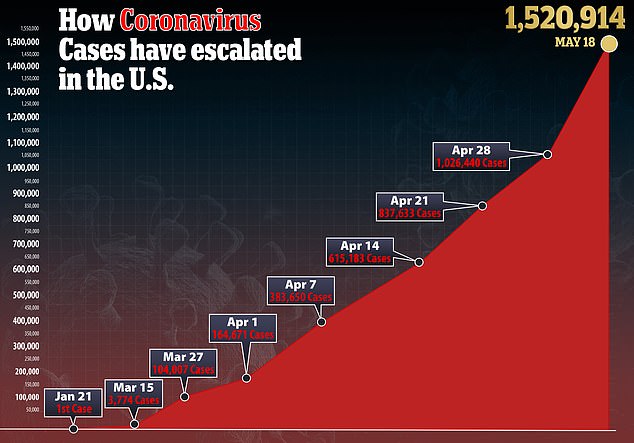