More than 40 members of the same family have tested positive for coronavirus after an infected relative knowingly traveled in from another state to attend a funeral in Kentucky.

Polly Williams, of Kermit, West Virginia, says she was desperately saddened to learn of the death of her cousin on June 30, but the scenes that have transpired in the weeks since her funeral have been nothing short of her ‘worst nightmare’.

Williams and a dozen or so other members of her family came together on July 2 in nearby Dunlow to mourn the loss of Keenetha Brige.

One of the attendees, Williams learned, would be travelling in from Arizona to be with the family and assist them with funeral arrangements.

What she wasn’t told, however, was that the attendee’s husband and son – who didn’t make the trip – had tested positive for coronavirus days before she arrived and she too was exhibiting symptoms.

‘My relative from out-of-state wasn’t feeling well, but I didn’t think a lot about it,’ Williams told the Mountain Citizen, declining to identify the relative by name. ‘I figured she was tired from her flight and lack of sleep. She never said one word about fearing her illness was something serious.’

Polly Williams, of Kermit, West Virginia, says she was desperately saddened to learn of the death of her cousin on June 30, but the scenes that have transpired in the weeks since her funeral have been nothing short of her ‘worst nightmare’ 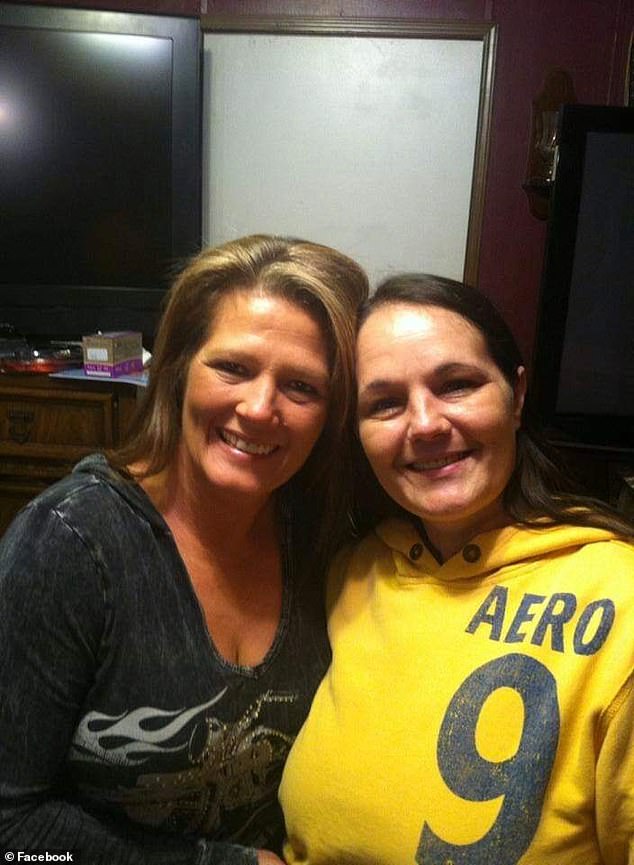 Williams (left) and a dozen or so other members of her family came together on July 2 in nearby Dunlow to mourn the loss of Keenetha Brige (right).

Unaware of her relative’s condition, Williams said none of her family members wore masks either before the funeral, during the service, or at the wake after it.

Gradually, over the next few days, Williams said her relative’s condition slowly began to worsen. She supposedly had to seek medical attention, however failed to inform her family about it.

During that time, William’s mother, Melvina Case, went to the home of the grieving family where the infected relative was staying to drop off supplies, staying for a short time.

Williams and her sister, Stella Brewer, also made a supplies run to the home, staying for five hours afterwards. Numerous other relatives and neighbors made similar visits, according to the sisters.

On the morning of her cousin’s wake, which a small number of family and friends attended, Williams said she received a message from the relative’s husband that he and their son had tested positive for COVID-19 days earlier.

‘By the day of the wake, a young child in our family that had been in the home where my relative was staying, was the first among us to be positive. And so it began,’ Williams said.

From there, she says the virus began ‘spreading like wildfire’ among those who attended the funeral and beyond.

Williams said that now over 40 of her family members and a few friends have tested positive for COVID-19.

Those infected ranged from a five-month-old set of twins up to a 77-year-old woman.

Both Williams and Brewer also tested positive for coronavirus, and have since recovered. Their mother, Melvina Case, is still battling the deadly disease. 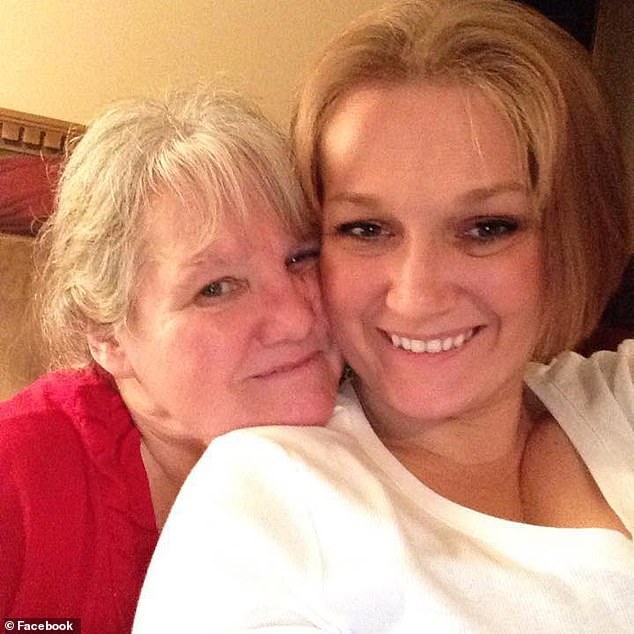 Their mother, Melvina Case (left), is still battling the deadly disease. She was rushed to hospital on Monday but has since been released

In a post on Williams’ Facebook page from Monday, August 10 she reveals that Case had to be taken to hospital in an ambulance ‘yet again’ after suffering unspecified trouble with her chest. She was released hours later.

The family had to call an ambulance for Case just four days previous, prompting Williams to write, ‘this is a living nightmare and it just keeps getting worse.’

Williams and her family, who are split between West Virginia and parts of Kentucky, are being closely monitored by local health departments and their physicians.

Each of the COVID-19-stricken family members had to quarantine themselves at home, and several received medical treatment due to worsening conditions.

The latest victim of the familial outbreak is a two-year-old girl, who was diagnosed last Sunday after being rushed to Huntington Hospital, in West Virginia, with a high fever.

‘When does it stop?’ asked Brewer to the Mountain Citizen. ‘When will we reach the point that no one else in our family gets that dreaded call?’

Brewer, like Williams, was one of the first to be diagnosed with the virus and is since doing much better. She told the Citizen how she has been forced to watch on helplessly while nearly every member of her family – young and old – has had to fight the virus.

Some had milder symptoms, while others were sick for days and required in-patient treatment.

‘I think I’ve handled everything as well as could be expected until this evening,’ Brewer said. ‘But when I got the call that my sweet granddaughter was ill and on her way to the hospital, I lost it. She’s just two years old. She doesn’t understand why she’s sick. And with so many in our family ill, we don’t even know who will be able to take care of her.’ 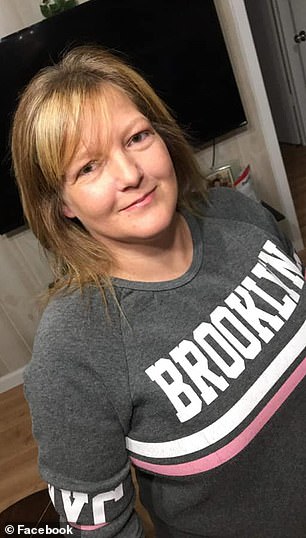 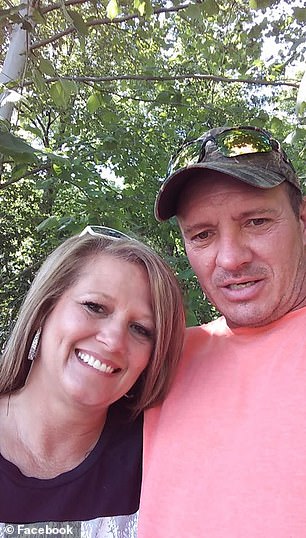 Stella Brewer (left) tested positive for the virus in the days afterward. As did Polly Williams and her boyfriend Mark Heath (shown right)

Williams too said she’s struggled to cope with the turbulence her family has endured over the last few weeks.

‘I’ve been angry, I’ve been scared, and I’ve been stressed and worried out of my head. Through it all, I’ve tried to keep my emotions in check. But to look around and see family member after family member falling victim to this virus is more than I can handle,’ she said.

Williams called the actions of her relative who flew in for the funeral knowingly infected with the virus as, ‘selfish and unforgivable.’

‘I understand that my relative lost a close family member. I get that. My heart breaks for her. But to get on a plane while you’re ill and travel to another state, knowing full well you could infect everyone you are around is, in my opinion, selfish and unforgivable.

‘The very least she could have done was to wear masks and gloves and warn all of us to stay away, that she was ill. What happened was a total disregard for anyone. It didn’t matter if it was strangers on a plane or her own family, she withheld information that has endangered all our lives, and we are paying the price.’

Williams said she hope to share her story to ensure people understand the dangers of not quarantining and exposing others to COVID-19.

‘We wouldn’t have thought badly of my relative at all if she had said she was sick. We would have loved her through it. We would have done everything possible to help her,’ Williams said.

‘Instead, she knowingly exposed all of us to this horrible, frightening disease, never giving us a chance to protect ourselves. We are scared to death that it’s going to cost someone their life before it’s done.’