More than 95 per cent of the global population live in areas where the outdoor air exceed the World Health Organization’s healthy limit for pollution.

A study carried out by the Health Effects Institute found that this contributed to the deaths more than six million people around the world last year.

Almost 60 per cent of the world breathes air which is three-and-a-half times the ‘healthy limit’ of pollution.

Pollution: More than 95 per cent of the global population breathes air which is above the recommended level for air pollution

Scientists measure unhealthy air by the amount of ‘fine particulate matter’ – dust or sooth particles 20–30 times smaller than the width of a human hair.

High levels of ‘fine particulate matter’ has consistently been linked to premature deaths and high levels of illnesses in air pollution studies.

The study found that the highest concentrations of ‘fine particulate matter’ could be found in North and East Africa and the Middle East. 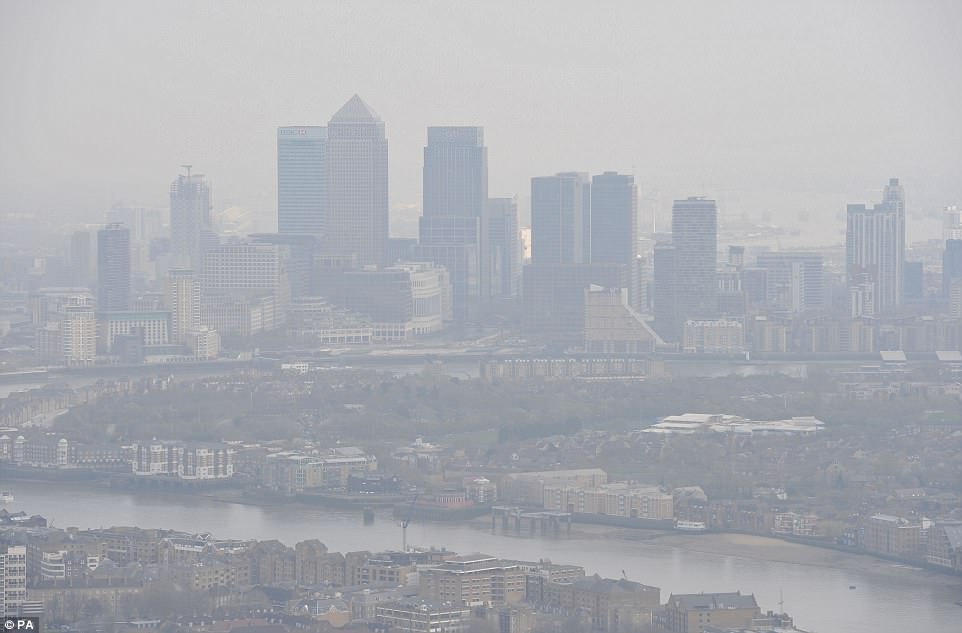 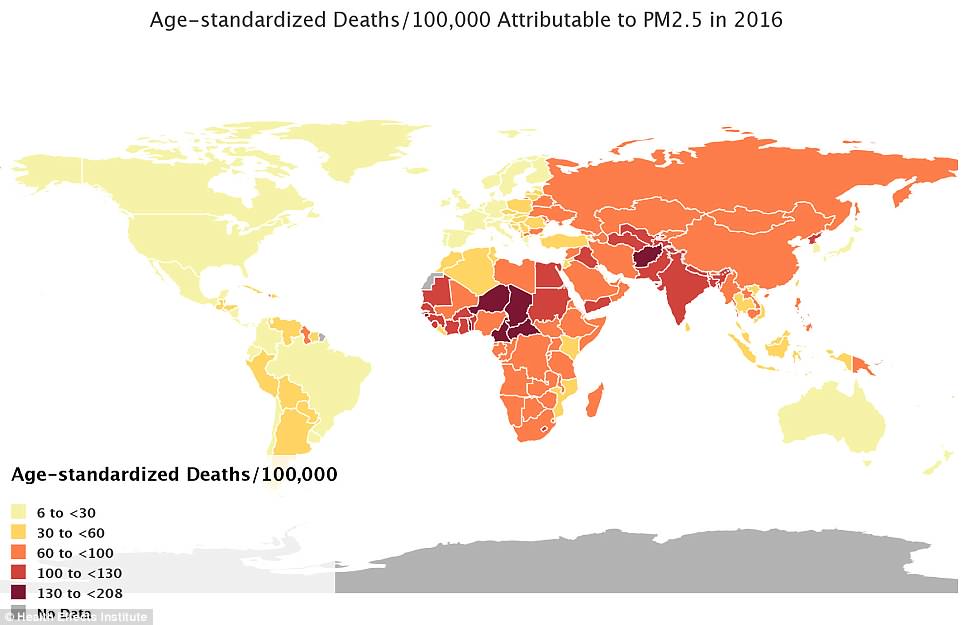 Breathing will kill you: A map by the Health Effects Institute shows the number of deaths in 100,000 which can be attributable to pollution in the air

Topping the table are Niger with 204 micrograms per cubic metre of air and Saudi Arabia at 188.

The countries with the cleanest air in the world, with an annual average of lowest eight micrograms per cubic metre are in Australia, Brunei, Canada, Estonia, Finland, Greenland, Iceland, New Zealand, Sweden, and several Pacific island nations.

However, while the figures for air pollution are high, the study has found that the number of deaths attributed to dangerous air has significantly decreased globally since the 1990s.

The Health Effects Institute found that 24,231 deaths in the UK in 2015 could be attributed to air pollution, and increase of 3.4 per cent since 2010.

But while the figures have increased slightly since the noughties, it is a marked drop since 1990 when 41,625 UK deaths were linked to air pollution.