The Egypt international is the Premier League’s leading scorer after his two goals against Southampton took his tally to nine.

His goals are only part of the impact he has made since his £38million summer arrival from Roma but — with Reds boss Jurgen Klopp likely to play a front three of Salah, Roberto Firmino and Sadio Mane, with Philippe Coutinho in behind — Berizzo knows his players are going to have their hands full. 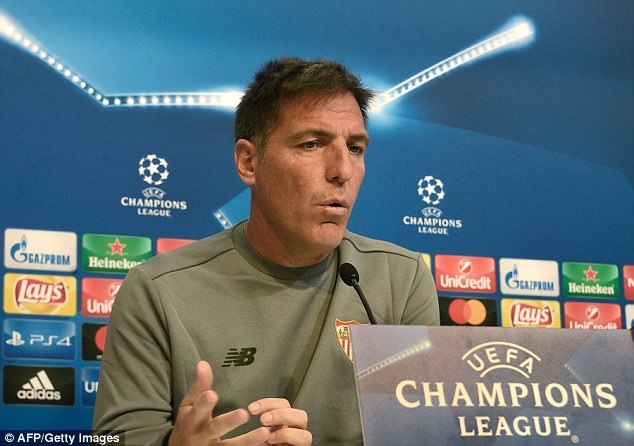 Next up is a trip to Sevilla, whose manager has warned his team not to focus solely on Salah

‘Salah is very fast and when he sets his game forward it becomes very dangerous,’ said Berizzo.

‘He takes advantage when there is absence in the centre of the field when Firmino goes down the line.

‘But the care is not only for him. The (Sevilla) defensive line, in being staggered, need to use the ball and if they are going to lose it lose it away from the places where Liverpool can steal it and move forward.’

In the opening group game of the season Sevilla stunned Anfield in Liverpool’s long-awaited Champions League return with an early goal and then spoiled the party with a late equaliser to make it 2-2.

Berizzo is expecting another fast-paced encounter and he has urged his players to keep mistakes down to a minimum.

‘It was a game of rapid transitions, which made us suffer at that speed,’ he added at a press conference. ‘We were unarmed and that is what we have to take into account tomorrow.

‘If we lose the ball lose it as high as possible (up the pitch). We must be smart and not play a crazy game… that kind of game I do not think suits us.

‘We have to have the serenity to choose a correct plan and execute it with balance.’ 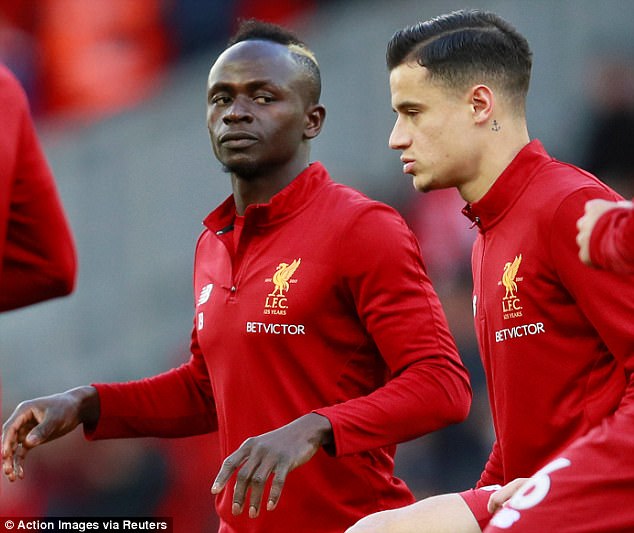 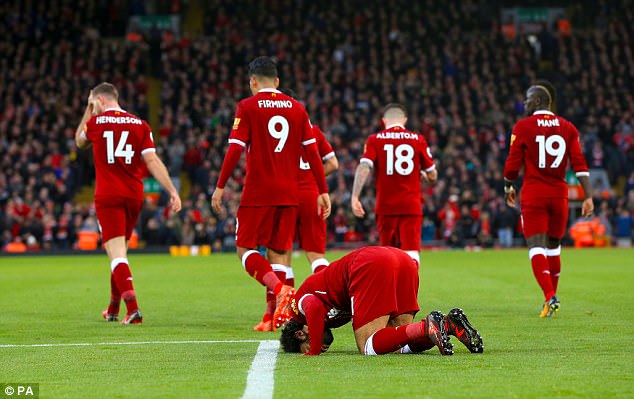 But Salah is definitely Liverpool’s main man, having bagged a brace against Southampton