more tradies are turning to liposuction

Two Australian tradesmen who opted for a new treatment to reduce their ‘man boobs’ have spoken about why they went under the knife.

Trent Wright, a floor and wall tiler from Western Sydney and Michael Khan, a part-time carpenter from Liverpool, both had a new form of liposuction in a bid to beat unwanted weight.

‘I spent years to try to lose the weight around my chest and flanks. At one point I ended up very tiny and skinny but the weight was still there,’ Trent told Daily Mail Australia.

The treatment can help boost flagging confidence levels, especially for men who feel conscious of their appearance around their colleagues

The 28-year-old said he sought a treatment in the form of Vaser 4D liposuction – a form of minimally invasive lipo surgery that uses state of the art ultrasound technology – after his hard work failed to shift stubborn fat from his ‘man boobs and ‘love handles’.

Having the procedure at Cosmos Clinic, in Sydney, last August, he said ‘was the greatest thing I have ever done.’ 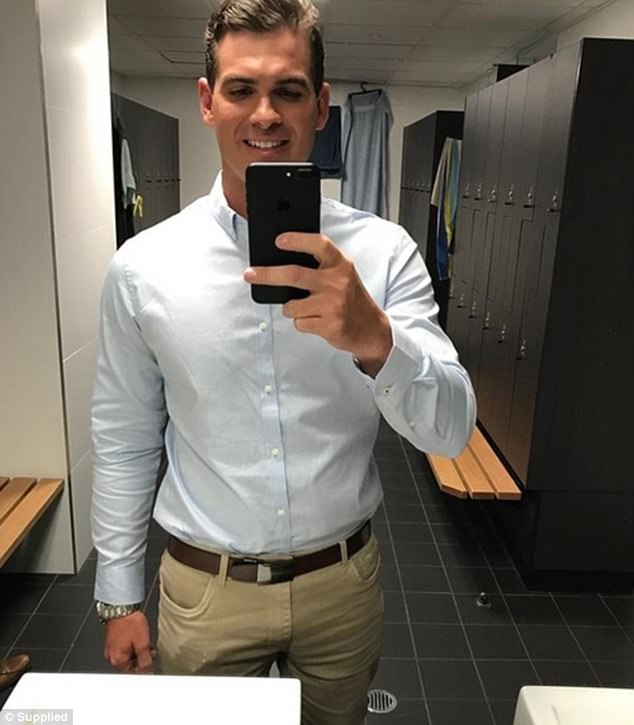 Trent credits the procedure with giving him back his confidence

‘Everything I have been trying to do in the last 10 years, the doctor basically did in an hour and a half.

Trent only had one treatment (costs at the Cosmos Clinic start at $4,000) for his ‘man boobs and love handles’ and said he’d noticed an almost instant change.

‘You need to fit and strong for work. In summer half the time you have your shirt off anyway.

‘It’s nothing to be ashamed of, everyone has something about their bodies they don’t like. This was just mine. I wasn’t ashamed. The end results are worth it.’

Trent’s not the only workman who believes the treatment is a sure way to achieving targeted results.

After two surgeries at Cosmos Clinic – the last one was six months ago – the 30-year-old said he’s been able to stay on track with diet and exercise, and ‘the results speak for themselves.’ 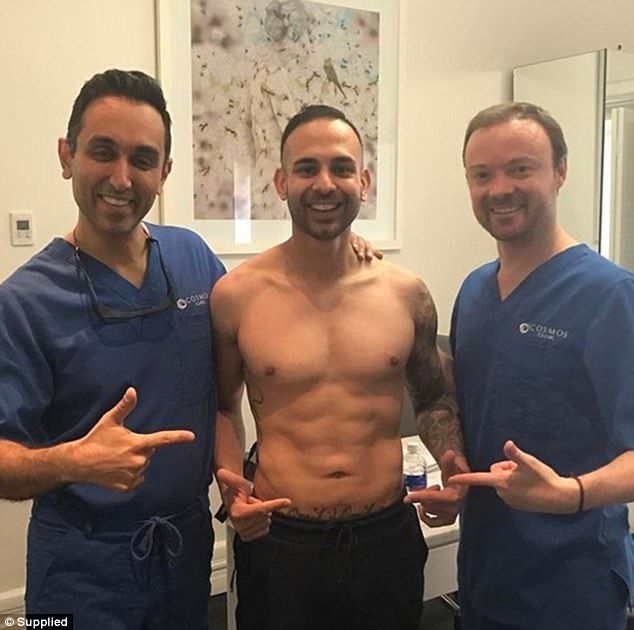 ‘I needed to get it [the surgery] done’, he said. ‘Dieting and training just weren’t helping.

‘The stubborn areas were too stubborn. I was working hard for it day and night and unfortunately it wasn’t changing.’

Michael said the decision to seek help was a ‘personal choice’ he felt he needed to make to boost his flagging self-esteem.

‘I look like a better man. I am more confident and more fit.’

‘People believe cosmetic surgery is only for females, but it’s not. It can help you to be a better person in life.’

It’s an attitude that cosmetic surgeon Dr Joseph Ajaka, of Cosmos Clinic, said is on the rise.

Figures from his Double Bay private practice show there’s been a staggering 80 per cent increase in men booking in booking in for Vaser 4D liposuction.

The cosmetic doctor told Daily Mail Australia that he now treated as many male patients who were feeling the pressure to look good.

‘Men are influenced by social media and the rise of selfies just as much as women are,’ he said.

Dr Ajaka said the ultrasound treatment has also proven a popular among tradesmen; a trend he credits to the boom in the construction sector.

He explained men he sees, regardless of their industry, are conscious how their appearance can impact their confidence, especially in the workplace.

‘It’s not uncommon for tradies on job sites to work shirtless and more men are coming in because they want to feel comfortable around their colleagues.’

Although the procedure may seem like a fast fix to achieving a toned body, Dr Ajaka said the decision usually came after traditional routes to a better physique had failed.

‘They’ve usually exhausted all other options with diet and exercise,’ he said.