Morgan Wallen has apologized after he was heard on tape using the N-word on Sunday.

‘I’m embarrassed and sorry,’ the country music artist, 27, told TMZ Tuesday. ‘I used an unacceptable and inappropriate racial slur that I wish I could take back.’

He continued, ‘There are no excuses to use this type of language, ever. I want to sincerely apologize for using the word. I promise to do better.’

The latest: Morgan Wallen, 27, apologized after he was heard on tape using the N-word in a recording made by neighbor and posted on TMZ Tuesday, using the slur as he chat with friends while returning to his Music City home

The apology came after Wallen was heard on a recording made by a neighbor and posted on TMZ Tuesday, using the slur as he chat with friends while returning to his Music City home.

The Sneedville, Tennessee native’s neighbor recorded the country artist as he came back to his house Sunday with friends, disturbing neighbors with loud noise and car horns.

Wallen made headlines last fall after his Saturday Night Live appearance was canceled after he broke protocols the show had in place amid the COVID-19 pandemic. 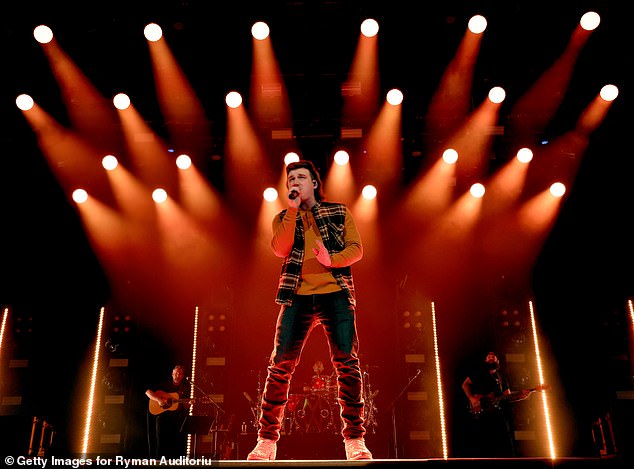 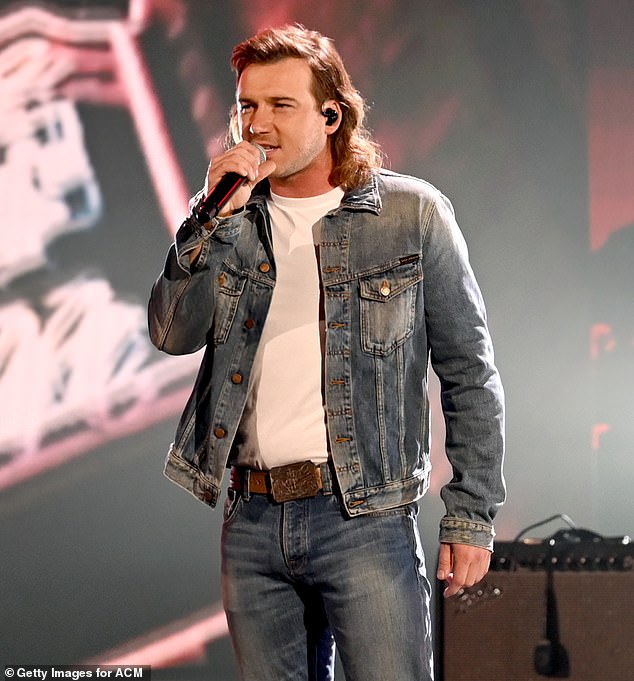 Onstage: Wallen was seen playing at the ACM Awards in September

Wallen was seen in a TikTok clip not wearing a mask on two separate instances in Alabama, a bar and a party.

The Way I Talk singer issued an apology after he was scratched from performing on the NBC juggernaut, saying his actions were ‘pretty short-sighted’ and that he understood the reason why he was cut.

‘I respect the show’s decision because I know that I put them in jeopardy and I take ownership for this,’ said the 7 Summers performer, who was replaced by Jack White on the October broadcast.

Wallen told Entertainment Tonight after the incident said he has a better understanding of how to navigate life in the limelight.

‘I think I just gotta be aware that most of my actions… will be brought to light,’ Wallen said. ‘I don’t think I really truly understood the reach that I have.’

He subsequently appeared on the show later last year. 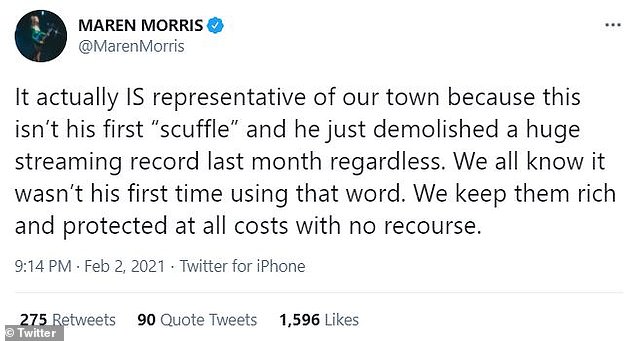 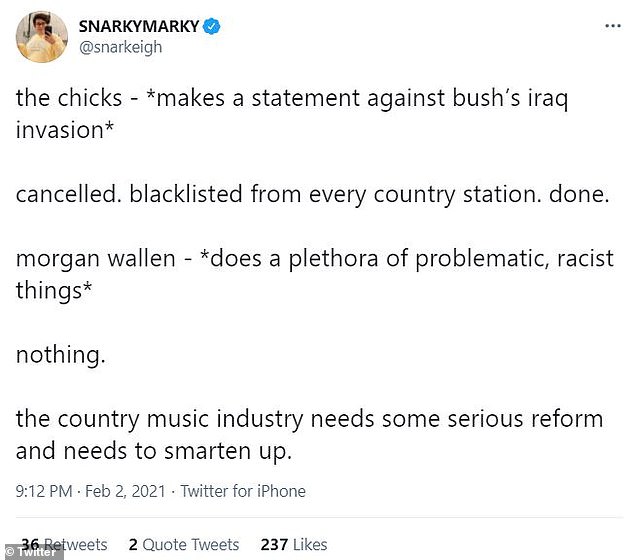