Neighbours living next to a hoarder whose home is infested with hundreds of giant rats have been begging the local council to intervene for hour years to clean up the place.

Residents in the street in Hasting, on Victoria’s Mornington Peninsula, are terrified the rodents and other vermin crawling inside a home filled with garbage will soon spread to their houses.

Lee-Anne McGuinness has lived next door to the ‘rat house’ for four years and said ‘everything moves’ inside the property. 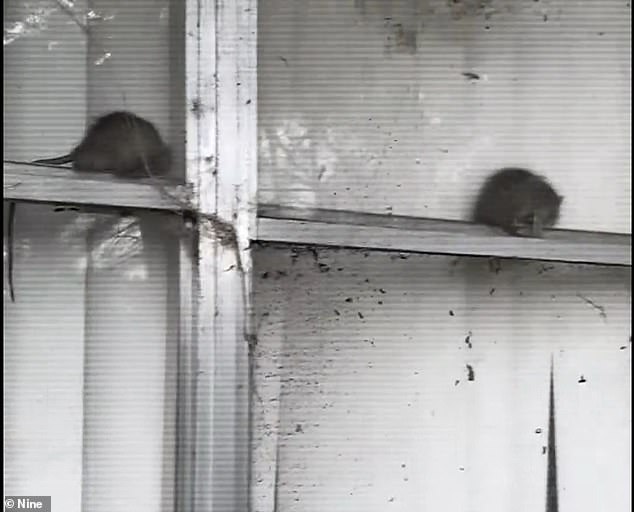 Pictured: Rats in the window of the hoarder house. Residents say they run up the curtains

‘There’s just too many of them,’ she told A Current Affair on Tuesday.

‘At night time when they come out there is just how many and they just jump in this tree, they just walk all along the ledges [in the home], up the curtains, along the bottom.’

The single mother said she tried to ask Mornington Peninsula Shire Council if it could organise for authorities to check on the male home owner, but ‘no one would do it’.

Ms McGuinness was concerned that once the rats food supply runs dry, they would ‘turn’ on the owner.

She also explained the stench is so bad out the front of the property ‘I couldn’t fathom what it’d be like inside’. 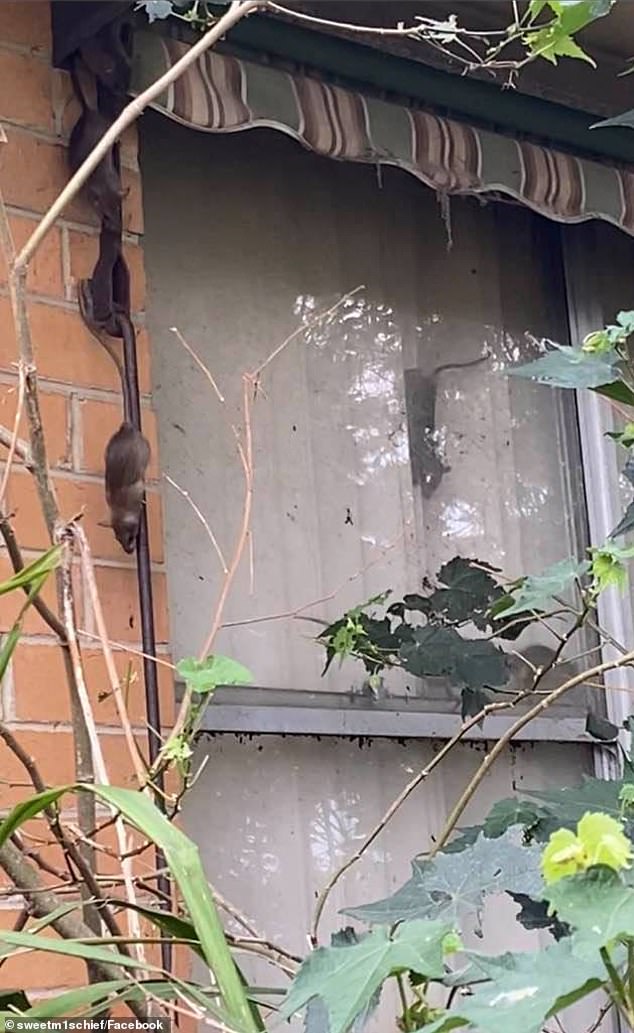 Pictured: Rats swarming the home, which is piled high with rubbish, blocking the entrance

Another neighbour was worried the vermin will start breeding in her roof and chewing on the electric wires.

‘We’re talking thousands of dollars we’re going to have to find to get that fixed,’ she said.

A third resident Sam has lived on the street for more than a decade, but says the infestation is so bad she wants to sell her home or rent it out.

‘Do you reckon anyone’s going to want to live in it now?’ She asked. ‘I don’t. No way. It’s disgusting.’

Sam said she emailed the council in 2019 to complain about the rodents, with photos, but claimed nothing was done.

She told the council the rubbish, which is piled high against the front door and blocks the entrance, was a fire hazard. 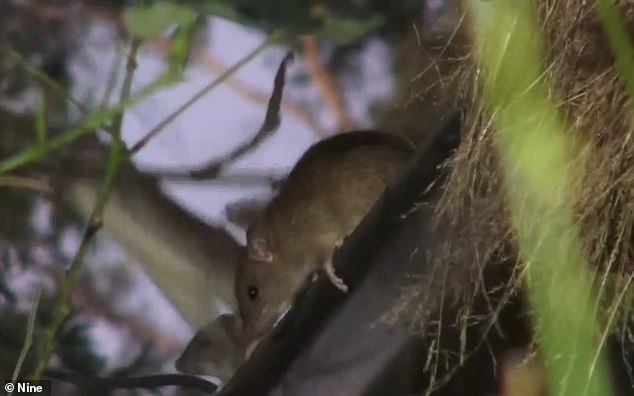 Vermin lines the gutter of the hoarder house on the Mornington Peninsula. Neighbours try and bait the pests, but there are too many 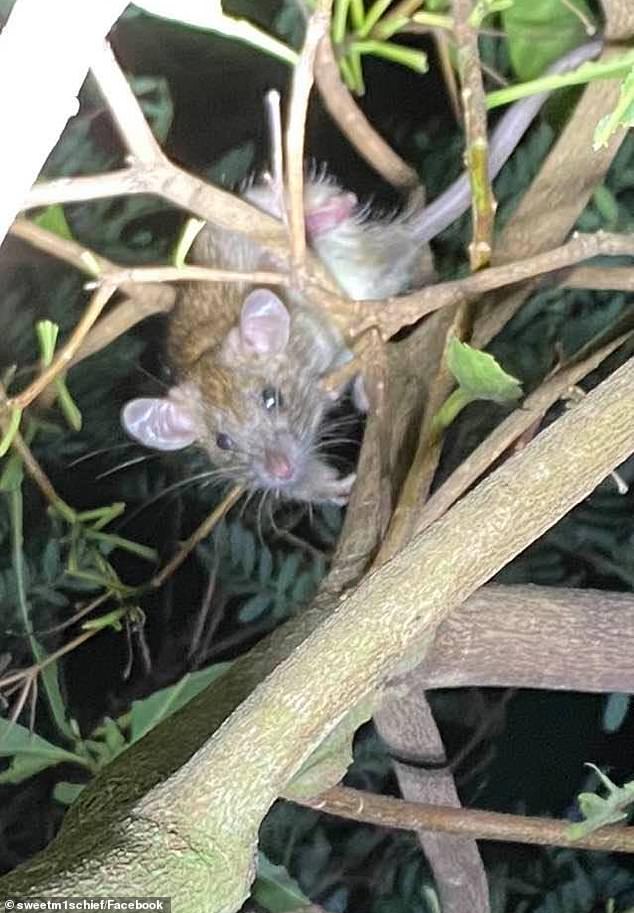 Pest controller Troy Dawson told the program that rats tend to emerge at night because they feel safer. Pictured: A rat on the property

‘If the council had done something when I first rang, I don’t think there’d be rats there now,’ she said.

Pest controller Troy Dawson told the program that rats tend to emerge at night because they feel safer.

‘If you are seeing them during the day, there’s a high-level infestation,’ he said.

He explained young male rats are kicked out of the nest at six weeks old to breed, and said colonies can quickly grow into the millions if left untreated. 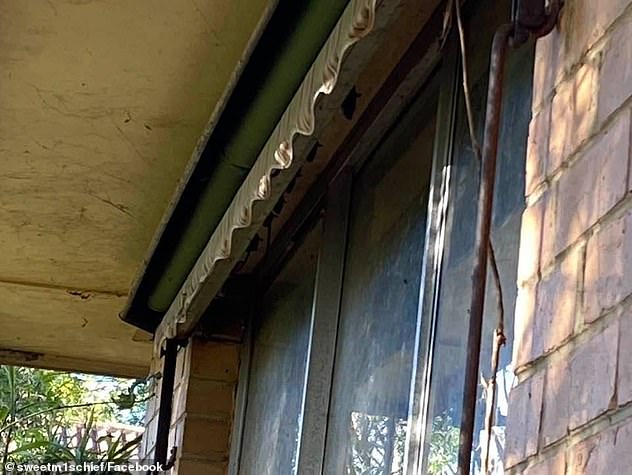 Sam said she emailed the council in 2019 to complain about the rodents, with photos, but claimed nothing was done. Pictured: Rats lined up underneath the awning of the home

A spokesperson for Mornington Peninsula Shire Council told Daily Mail Australia it has organised for the property to be cleaned.

‘A clean-up of the property began on Monday 22 February with all rubbish, long grass and rat harbourage removed,’ the spokesperson said.

‘Specialist cleaners will be engaged to clean the inside of the house now that the outside space has been cleared of rubbish and safe access has been established.’

‘The pest control program will continue until the property is clear.’

They also said outreach services have been trying to engage with the home owner.