Morocco manager Walid Regragui has warned Portugal they will be taking on an entire continent as he readies his side for their latest attempt to create history.

Morocco became the fourth African country and the first Arab nation to reach the World Cup quarter-finals when beating Spain on penalties in the last 16 but Regragui, who has only been in charge for seven matches, sees no reason why the journey should end here.

He delivered an address at yesterday’s press conference that was loaded with emotion and gave a sense of why his players will be ready to run to the bitter end today.

‘We are here to show people that you can dream,’ he said. ‘We are here on a mission. You have not seen Morocco at 100 per cent yet, but we are now ready to get to our highest level. All of Africa, all Arabs are behind us. Our players are hungry. We can do it — why not?’

Regragui has discovered what a good World Cup can do for a reputation. But when asked whether it could lead to a job in Europe for him, he said: ‘Maybe it’s a cultural question.

‘Manchester City or Barcelona don’t even think about hiring an Arab coach, as if we are incapable of it. But moments in history can help change minds.’ 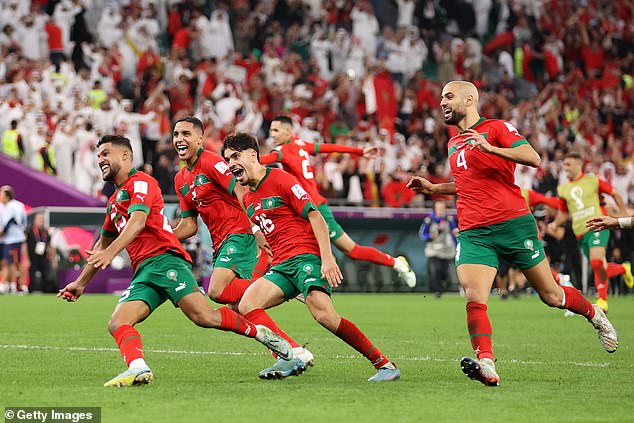