Mortgage approvals tumble to record low in May

The number of new mortgage approvals for house purchase fell further to a hit a record low in May as the coronavirus crisis continues to grip the housing market.

Although estate agents in England have been allowed to reopen from mid-May and property portals say they have seen a surge in interest since then, the number of would-be home buyers taking out mortgages to buy property continued to fall.

Just some 9,300 mortgages to buy homes were handed out in May, down from around 15,800 in April, some 56,100 in March and 90 per cent below the February level, according to the latest stats by the Bank of England.

Falling further: The number of mortgages and re-mortgages tumbled in May

Mortgage approvals in May were also a third lower than the worst month of the financial crisis in 2008, which ‘really puts the pandemic’s impact on the economy into perspective’, says Paul Stockwell of Gatehouse Bank.

Lenders have been axing mortgages for people with small deposits amid fears of a house price crash, which could plunge buyers into negative equity and limit the money banks can recoup if they need to repossess homes.

Economists are predicting house price falls this year, with forecasts ranging between a more moderate 4 per cent fall – which would still be the largest decline in more than a decade – to a more extreme 16 per cent fall, as predicted by the Bank of England.

Josie Dent, senior economist at the Centre for Economics and Business Research (CEBR), says mortgage approvals have fallen not only because lenders are more cautious, but also because potential home buyers prefer to wait as they suspect prices may fall.

She said: ‘Transaction numbers are still kept low by tighter credit conditions. Mortgage providers have become far more cautious when lending and require larger deposits, thereby limiting the number of people who can buy a home.’

And added: ‘Many people are also likely to be put off from purchasing while house prices are expected to fall, preferring to wait and see if they can get a better deal.’ 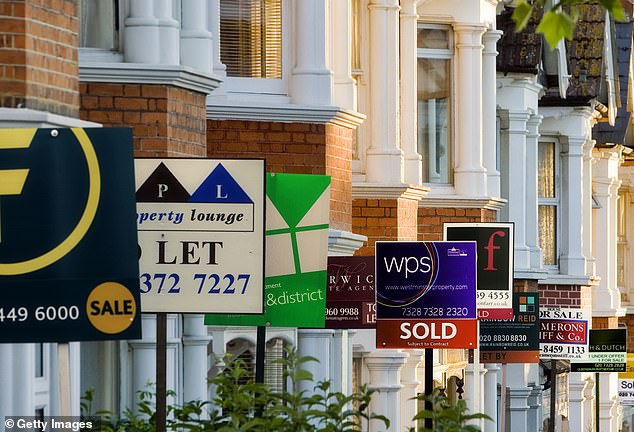 Some households may also feel their finances are too precarious to commit to a house move at the moment, according to Laura Suter, personal finance analyst at investment platform AJ Bell.

Yet, net mortgage borrowing picked up to £1.2billion in May, after the closed housing market led to zero borrowing in April. The monthly rise in borrowing was due to more new borrowing by households, rather than lower repayments.

Property websites have claimed to have seen an initial surge in buyer interest and activity since restrictions in England were lifted on 13 of May and would-be buyers were again allowed to view properties after a seven-week hiatus.

On the first day of the housing market reopening, the number of home movers visiting properties returned to pre-lockdown daily levels, and was up 4 per cent on the same Wednesday in 2019, according to property website Rightmove.

Property website Zoopla said sales agreed over the past four weeks have bounced back to just above pre-Covid levels, with the bulk of the rise in northern cities.

Meanwhile, the latest residential market survey by RICS pointed to a slight improvement in the outlook for sales over the coming twelve months, but warned overall sentiment remained ‘cautious’.

Howard Archer, chief economic advisor to the EY ITEM Club, says: ‘While relief for the housing market in England came from the easing of restrictions in England on 13 May, this evidently occurred too late to help lift mortgage approvals for the month.’

Paul Stockwell of Gatehouse Bank adds: ‘June will be the first full month of property transactions since the UK went into lockdown and it will be these figures that will be hotly watched as a measure of how determined buyers and vendors who returned to the market have been.’