Mortgage prisoners hoping for an end to high interest rates have been left frustrated and angry as MPs voted down a proposed law change that could have cut their bills by hundreds of pounds per month.

Mortgage prisoners are borrowers who took out high-interest home loans with lenders such as Northern Rock, which went under during the 2008 financial crash.

Because their mortgages were sold on to investment firms that do not offer new mortgages – known as ‘closed books’ – many have been trapped on standard variable rates as high as 9 per cent, at a time when wider interest rates have fallen to rock-bottom levels.

Mortgage prisoners: The amendment could have reduced interest rates for borrowers who took out loans with banks that went under during the 2008 financial crisis

Many are on interest-only deals and cannot switch to a repayment mortgage, leaving them facing repossession when their term ends. There are estimated to be a quarter of a million mortgage prisoners in the UK, and the problem a ticking timebomb.

MPs voted down an amendment to the Financial Services Bill, which would have introduced a cap on the standard variable interest rates that mortgage prisoners pay.

This would have been no more than 2 percentage points above the Bank of England’s base rate, which would currently make it 2.1 per cent.

According to campaign group the UK Mortgage Prisoners Action Group, this could have cut some borrowers’ payments by up to £800 per month.

The amendment would also have made new fixed interest rate deals available to mortgage prisoners who met certain criteria, such as not being in arrears.

In a House of Commons debate on Monday night, 355 Conservative MPs voted to scrap the amendment, while 271 MPs from Labour and other parties voted to keep it.

Two Conservative MPs, Peter Bottomley and Royston Smith, voted against the Whip to support the move.

This evening I notified my whip that, with regret, I would vote not to overturn amendment 8 to the Financial Services Bill which sought to cap the Standard Variable Rates. In my view, the Gov’s proposals would be late and unfairly leave the vulnerable paying 4x the rate I pay.

Mortgage prisoners usually find that other lenders will not accept them because banks and building societies adjusted their affordability requirements post-financial crisis and they now do not qualify.

Some have also fallen into arrears due to their high payments.

As a result, they say they have suffered financial hardship, but also emotional distress including mental health problems and family breakdowns.

‘Like a noose around your neck’: Mortgage prisoners speak out

Sam Patel, 46, from West London: ‘It’s been a huge struggle to keep up with the interest payments, which are £3,000 every month. Being on the SVR takes over your life, and this has caused me to have mental health problems.

‘In the 19 years since I took out the mortgage, I have paid around £500k in interest alone. I haven’t reduced the mortgage by a penny.

‘It is like a noose around your neck knowing there’s nothing you can do to change this miserable, unfair position’ 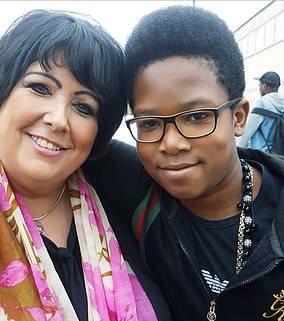 Claire Johnson, pictured with her nephew, says she has struggled with high interest rates on her mortgage

Claire Johnson, 57, from Sheffield:  ‘I’ve really, really struggled. It’s the rates: I am currently on 5.4 per cent. When you think about what other people are paying, and what I’ve paid all that time… how I’ve not gone under, I don’t know.

‘You’ve just been planted there, you’re stuck and you can’t move, it’s very difficult. It’s like having a brick tied around your neck and you might as well just jump in the river.

‘I’ve never been on holiday, and I haven’t decorated since I first moved in because I haven’t been able to afford to.

Rachel Neale, 42, from Leicestershire: ‘Our home has become completely unsuitable, and it starts to make you feel really uncomfortable and quite miserable.

‘They need their own rooms, but they have to still share. I also have huge amounts of medical equipment which needs to be kept sterile because I am fed by a machine every day – and I have to keep it all in my bedroom which is far from ideal.

‘My mortgage balance is exactly the same as what it was when we started. I wouldn’t even like to think how much I’ve paid over the past 15 years, and we still haven’t chipped a penny off it.’

Are you a mortgage prisoner? Tell us your story: helen.crane@thisismoney.co.uk

Speaking to This is Money, Rachel Neale, head of the UK Mortgage Prisoner Action Group which represents around 4,000 borrowers, described the result of the Commons debate as ‘heavily disappointing’.

‘We have had 13 years of this, and we have still heard nothing of any tangible, practical solution,’ she said.

‘They are continually comparing us to borrowers in the open market, when we’re not in an open market – we’re essentially paying debt collectors.’

‘The Government are offering mortgage guarantees to first-time buyers – why not us?’ 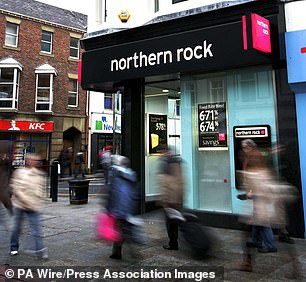 Neale is now calling for Government-backed mortgage guarantee scheme for mortgage prisoners, similar to the scheme it has just launched for first-time buyers.

‘We want a mortgage guarantee like the Government is offering first-time buyers,’ she said.

‘They have no borrowing history, whereas we are borrowers who have been on high interest rates – and paid them – for 13 years.’

Because of the objection to the mortgage prisoner amendment, and one other in a separate part of the bill, the Financial Services Bill will now go back to the House of Lords for further debate later today.

The Lords voted through the bill 12 days ago, but it will be impossible to pass the legislation to help mortgage prisoners without the support of MPs in the House of Commons.

The Lords will either agree to the bill in its new form, or disagree and make alternative proposals.

If the latter happens, it will need to go back to the House of Commons again. This process is known as ‘ping pong’.

This is Money understands that Labour lords do not plan go against the Government’s position on the mortgage prisoner amendment in today’s debate, which would have kept the issue on the table.

It is unclear whether there is a way that the amendment could still be passed.

Speaking in the Commons, MP John Glen, the Treasury minister who has led the opposition to the amendment, cited Financial Conduct Authority analysis which, he said, showed that half of mortgage prisoners were not prisoners at all, because they would be eligible to switch mortgages if they chose to.

He also said the SVR cap would be ‘deeply unfair’ to borrowers in the mainstream mortgage market who were in arrears or unable to secure a new fixed-rate deal, as they would not be able to benefit from the same interest rate reduction. 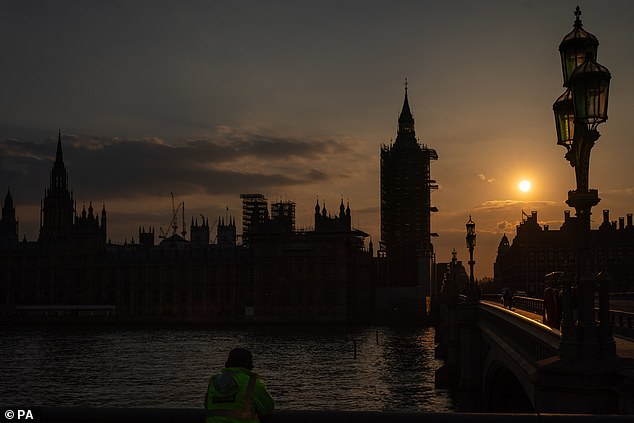 On the point about offering mortgage prisoners new fixed-rate deals, he said: ‘Lending remains a commercial decision based on a variety of factors and it would not be right for the Government to compel lenders to provide products for specific groups.’

Glen announced that the Treasury would work with the FCA to review its data on the characteristics of mortgage prisoners.

However, Neale spoke of her fear for people who might not be able to hold out that long.

‘We now have to sit and wait with no other resolution while John Glen obtains more data, which means we could be stuck in this situation until next year,’ she said.

‘My real fear and worry is for people that are on a cliff edge facing repossession.

‘If they want to delay things for another six months while we are coming out of Covid, the Government should put a moratorium on repossessions for people on closed books.’

Glen also said the FCA would review how effective a previous policy to remove regulatory barriers to switching for mortgage prisoners had been, and would report on this by the end of November.

Since October 2019, lenders have been able to use a modified affordability assessment for mortgage prisoners, which means they can choose not to ask for evidence of a customer’s income and expenses or apply a stress test.

However, this is not compulsory on the part of the lender, and the UK MPAG says many mortgage prisoners are not able to benefit.

It said that it was only aware of 40 mortgage prisoners that had benefited from this to date.

‘As far as we know, it has only helped 40 people,’ said Neale. ‘And that was supposed to be the big golden nugget.’

Another way that mortgage prisoners may be able to get help is by bringing legal action against the private companies that now control their loans.

The law firm Harcus Parker is currently working with some mortgage prisoners in order to pursue such claims, but the process is at an early stage.