Mortgage prisoners: The homeowners paying up to 9% interest

The following mortgage prisoners got in touch with This is Money to share their stories.

Some of them wished to be anonymous because they did not want their families and friends to know about their financial situation, or because they were worried about the repercussions if they spoke out publicly.

Sam Patel, 46, is from West London and works in business development for a start-up. He took out an interest-only loan with a lender that later stopped providing new mortgages, and has paid 5.25 per cent interest for more than a decade.

But after the financial crisis, the lender I was with pulled out of the mortgage market, and when my initial term ended I was put on to a standard variable rate of 5.25 per cent. I paid that rate for 12 years until it was reduced to 4.7 per cent temporarily due to Covid.

It’s been a huge struggle to keep up with the interest payments, which are £3,000 every month. Being on the SVR takes over your life, and this has caused me to have mental health problems.

It is like a noose around your neck knowing there’s nothing you can do to change this miserable, unfair position

In the 19 years since I took out the mortgage, I have paid around £500k in interest alone. I haven’t reduced the mortgage by a penny.

I have now have six years left, and I sometimes can’t sleep at night because I worry about how I am I going to pay this mortgage off. The thought is becoming more and more scary. The only option might be to sell it and downsize.

My situation is complicated by the fact that, having paid the high interest rates for years, I lost my income due to the pandemic and now find myself in arrears of £15,000. I took a mortgage holiday but I didn’t qualify for furlough because I am self-employed.

To make matters worse, my marriage has recently broken down. The way I see it, I’ve lost a marriage due to my mental health issues, which were caused by this brutal situation of paying high interest rates. It’s been a total nightmare and I don’t know how I have had the strength to carry on.

To get a new mortgage somewhere else I would have to go through affordability checks, and I am unlikely to get a product.

I have a beautiful house, but what’s the point when you don’t feel like you are living or thriving any more?

It is like a noose around your neck knowing there’s nothing you can do to change this miserable, unfair position.

I am consumed by constant money worries.

I hope parliament looks into this seriously and really understands what impact this has on peoples lives. If this isn’t tackled and resolved soon, it will be a national scandal.

Alison Davenport, 56, is a chartered surveyor from Altrincham. At its highest, the interest rate on her Northern Rock mortgage was 8.9 per cent. 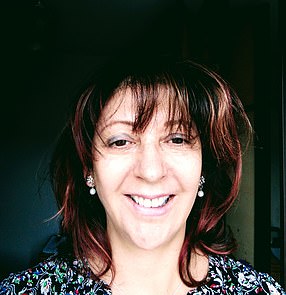 I took out my Northern Rock mortgage in 2004 after speaking to the in-house broker at the development where I was buying.

They recommended me this interest-only mortgage, which was promoted at a certain interest rate, but I was assured I would be able to keep taking out new deals at reduced rates.

I moved into my apartment, and soon realised that I had paid over the odds. I watched as the market began to crash in 2008, and saw the prices around me rapidly reducing and repossessions taking place.

The reduced-rate mortgage deals I had been promised also came to an end when the crash happened, and my interest rate spiralled to 8.9 per cent at its worst, effectively doubling my monthly bill.

Things got worse as credit card debts mounted, and I took out a secured loan.

I lost one job during that period and went into contract work for a time, but at reduced pay. I began to struggle immensely, having to get rid of my car, and at one stage I even moved out into a friend’s house, renting a room so I could keep all the priority bills going.

The only way I was able to move back in was when I started to receive some old PPI claims, which enabled me to live more comfortably again.

I had to get rid of my car, and moved in with a friend to keep up with the bills

I do remember instances during 2008 of going into the supermarket for basic essentials such as sanitary products and food, and my card being declined.

Eventually the interest rates came down to Northern Rock’s standard variable rate, which was better, but still not ideal. I watched enviously as friends took out mortgages at much lower rates of 2 per cent and 3 per cent.

What is now very worrying is that the mortgage only has nine years to run and there is no way of paying it off. I keep trying to overpay, and I have not been in arrears since 2009, but it makes very little difference. The amount of the mortgage is broadly the same as when I first took out the loan.

I cannot help but think the law change is all a bit too late in the day, as some of us have only got 9 years or less to run on our interest-only mortgages, after years of struggling at higher interest rates and with very little equity.

Tracy Stevenson, 57, lives in Hampshire and is a former NHS nurse. Her and her husband took out a mortgage that is now owned by an inactive lender.

We pay over the odds for our mortgage – currently around 4.5 per cent.

I have always worked, and was a theatre nurse for the NHS until I was diagnosed with stage 4 breast cancer and had to stop working due to my diagnosis and prognosis.

My husband worked in IT and was a 40 per cent tax payer, but he has been made redundant during the pandemic.

Unfortunately, we now have to rely on universal credit as an income which is difficult. We have five years left on our mortgage with around £50,000 left to pay, and our monthly payments are around the £900 mark.

We have been in touch with the company that now owns our mortgage to try and get a better deal, but they have informed us that they do not provide mortgages any more – and other lenders won’t take us on because of our financial position.

All we want is for our interest rate to be reduced to the same level as other mortgages on the market, some of which are as low as 1.2 per cent. 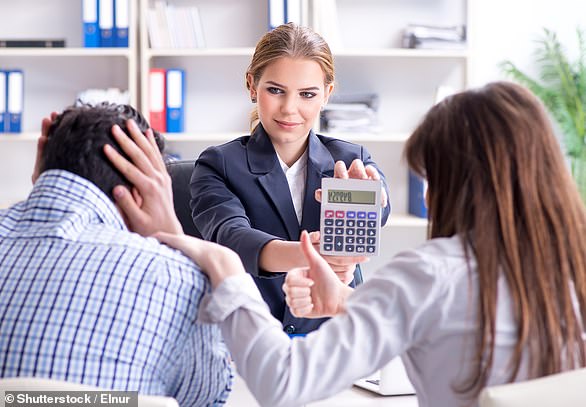 When they approach mainstream lenders, mortgage prisoners are often told they no longer pass affordability tests because requirements have changed

Andrea*, a former Northern Rock customer, has been stuck in the same one-bed home for nearly two decades.  She took out a Together product which gave borrowers an additional unsecured loan on top of their mortgage to spend on things like home improvements.

We took out a Northern Rock Together mortgage in 2003. How I wish we never did, as we are still stuck in the property we initially purchased unable to move. With it being a one-bed flat, this isn’t ideal as we have a teenage daughter.

The mortgage, and in particular the unsecured loan which has extortionate repayments, nearly tore our family apart. It certainly contributed to my own mental health breakdown.

We are now on an Individual Voluntary Arrangement to repay a proportion of the £20,000-plus we owe. Thankfully we are near the end of the repayments, but our life is literally on hold until then.

Chris*, another former Northern Rock customer, has been paying interest rates as high as nearly 7 per cent since he took out his mortgage in 2007.

Me and my wife took a mortgage with Northern Rock in 2007. It was fixed for five years at 6.99 per cent, then defaulted on to an SVR of about 5.5 per cent. Currently we pay a rate at the higher end of 4 per cent.

It’s terrible that so many people are in the same position as us. We had no help to raise our kids and my wife had to give up work for years.

We got in to debt due to the high interest rates and I had to do a debt management program. I had a perfect credit rating before, but I have now been paying a debt company for five years.

I know we could be saving money each month, but we can’t get another lower-interest deal.

Previously we couldn’t remortgage due to negative equity. The house does now have a little equity, so I am hoping that after my credit file repairs we can get a better deal. If we don’t, we will have to sell.