Passengers who pay extra to sit together when they fly are wasting their money in the vast majority of cases, a new investigation has found.

Consumer champion Which? Travel analysed the experiences of 3,357 economy passengers and found that, out of those who refused to pay the extra fee to select a seat, almost nine in 10 (86 per cent) were seated together anyway.

That figure rises to 90 per cent if Ryanair is excluded from the list of airlines.

The no-frills Irish carrier had by far the lowest proportion of passengers seated together if they had not paid extra for allocated seating, at just under half (46 per cent).

The airline admits that it does not try to keep groups together, but has always denied actively splitting them up in order to boost its profits.

Which? Travel also asked the 10 most popular airlines that operate paid-for seating options whether or not they seat families, couples and groups together if they haven’t purchased seats. All of them confirmed that they did with the exception of Ryanair and Wizz Air.

Although British Airways said that reserving seats is recommended to avoid groups being split up, 91 per cent of the BA customers who didn’t purchase allocated seating still got to sit together regardless.

Families with children should be protected by the Civil Aviation Authority (CAA) guidelines, which state that airlines should ‘aim to sit parents close to children’ and that parents should not have to pay to avoid being seated away from their child.

But airlines are not currently obliged to follow this advice. 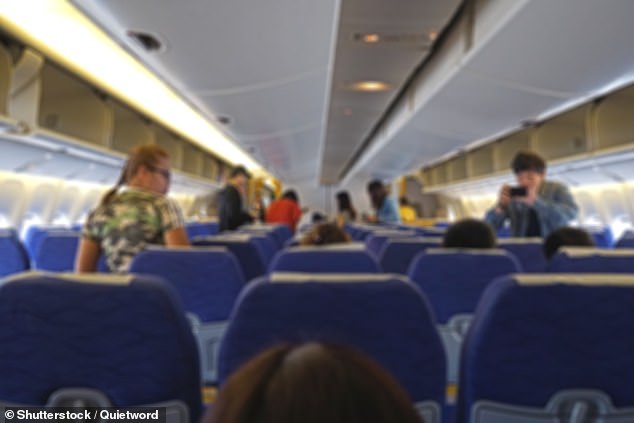 Consumer champion Which? Travel analysed the experiences of 3,357 economy passengers and found that, out of those who refused to pay the extra fee to select a seat, almost nine in 10 (86 per cent) were seated together anyway

Which? Travel says it has heard from parents who have been separated from children as young as four on flights, and there is a lack of consistency in how airlines handle the issue.

Some airlines, including BA, Thomas Cook and Tui, state that children under 12 will always be seated with at least one adult.

But on Ryanair, families have to pay to sit together: it’s compulsory for at least one adult in the group to select a paid-for seat.

They can then reserve seats for free for up to four children.

When the CAA surveyed recent flyers last year, it found nearly one in five (18 per cent) had paid extra for seat reservations because they were travelling with children.

To add to the confusion, some airlines allow customers to select a seat for free when they book, including Air France, KLM and Virgin Atlantic, while others allow passengers to do this at check-in.

The investigation also found that prices too are confusing, varying by route and even demand.

BA’s standard seats start at £7 per person per journey short-haul, and £20 long-haul. For a family of four, travelling to New York, that’s an extra £160 on the return price.

The CAA found that this lucrative practice meant plane passengers were spending £175m ‘unnecessarily’ a year paying for seats they would probably be given anyway, adding that it was ‘concerned about how transparent and easy it is to compare prices and make an informed buying decision’.

Experts believe splitting up families on flights could pose a significant safety risk to all passengers.

The Royal Aeronautical Society Flight Operations Group (FOG) believes family members sitting in different sections of the plane may lose precious time looking for one another during an emergency evacuation, putting themselves – and others – at risk.

And Dai Whittingham, chief executive of the UK Flight Safety Committee, told Which? Travel that any airline that intentionally splits travelling companions up is at best unwise, and at worst risking fatal consequences by ‘putting its profits ahead of passenger safety’. 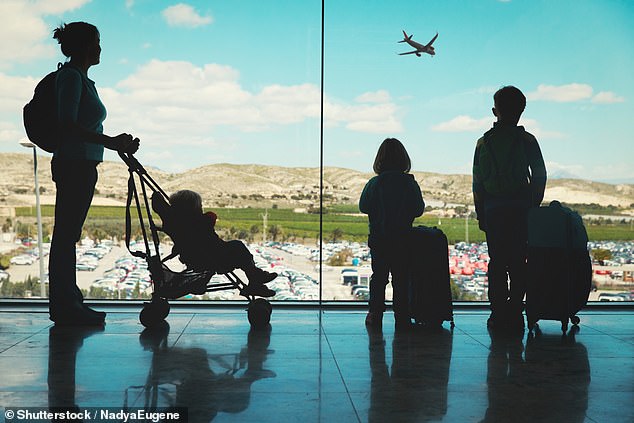 Families with children should be protected by the Civil Aviation Authority (CAA) guidelines, which state that airlines should ‘aim to sit parents close to children’ and that parents should not have to pay to avoid being seated away from their child

However, Ryanair told the consumer champion that it ‘fully complies with all EU safety regulations’ and Wizz Air said ‘the safety of our passengers is always our number one priority’.

The rules concerning disability are enshrined in European law. But the CAA found that in some cases passengers with reduced mobility were paying extra to sit with their carer despite airline regulations meaning this should happen free of charge.

The inconsistency surrounding how these groups of passengers are treated suggests the regulator may have to look at strengthening and enforcing the existing guidelines.

Rory Boland, Which? Travel editor, said: ‘Unless you are flying with Ryanair or Wizz Air or fancy a little extra legroom, it’s not worth paying more to choose your seat, as you’ll be seated next to your travelling companions anyway.

‘It’s worrying to hear that parents are being separated from young children. It’s reprehensible for any airline to make money by splitting up families and we would encourage the regulator to examine such cases closely to ensure the guidelines are working.

‘Passengers with mobility issues should make their requirements clear to the airline, and be sure of your rights if they resist – the law is on your side.’

Source: Which? Travel. Reservation prices are for short-haul flights.