Mobile network EE beats all rival networks when it comes to reliable mobile signal, according to an independent research across 267,000 miles of the UK.

The BT-owned network recently angered customers with an eye-watering 4.1 per cent price hike. But it has come out on top for mobile data, speed, reliability and the performance of calls and texts with a score of 93.7 out of 100.

Of the four major networks – EE, Vodafone, O2 and Three – O2 performed the worst across all categories, according to the RootMetrics data.

EE offers faster speeds in most areas, with only a few places receiving slow speeds

EE was the reigning champ for overall performance for the whole of 2017 in fact.

A spokesman for EE said: ‘We continue to invest heavily in our mobile network, and that’s reflected in today’s report. This is a hugely competitive market, and it’s vital to us that we keep giving our customers the best possible network experience.’

O2, part of Spanish-owned Telefonica, could claw its way up the rankings according to the analysis, if it improved performance in rural areas.

‘More recently O2 was awarded best network coverage by uSwitch as determined by consumer votes. We continue to invest £2million every day to improve the network experience for all of our customers.’

The figures show slight differences in coverage and performance in each country.

Looking just at Northern Ireland for example, O2 performed much better than UK-wide figures would suggest, 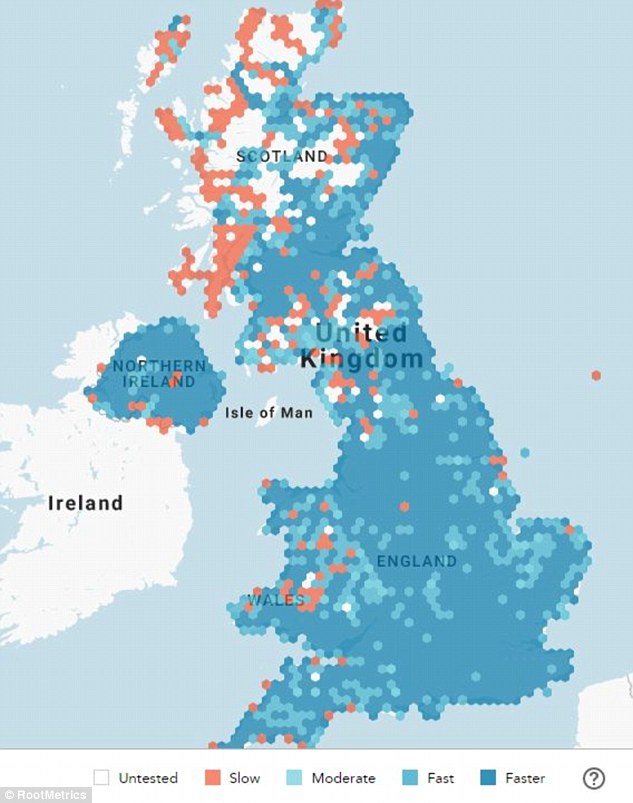 At the start of last year however Three held the top spot in Wales with a score of 87.9 compared to just 71 from the worst performing network according to testing, O2.

EE has reigned supreme in England since 2013. 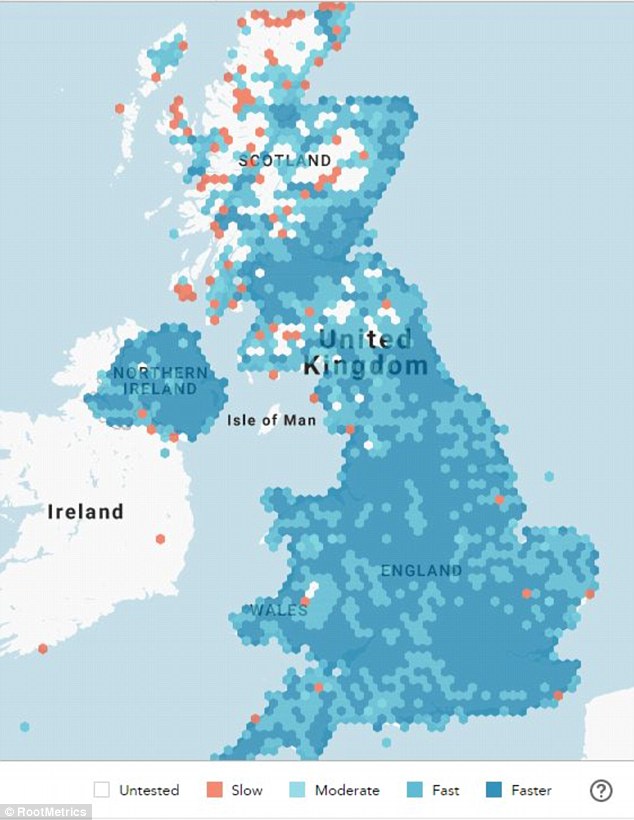 How does your network’s speeds compare? Three’s connection is slow in very few areas

Top networks: EE has outperformed rivals for the past two years in the UK

How networks were scored

It checked how reliably and quickly customers can send and receive text messages and how reliable each network was when it came to placing and maintaining calls.

It also checked the strength of the connection and speed customers could upload and download files, including emails, apps and webpages.

Tests were also carried out to measure the reliability of mobile internet, calls and texting services and the speed of each carrier’s mobile internet access. 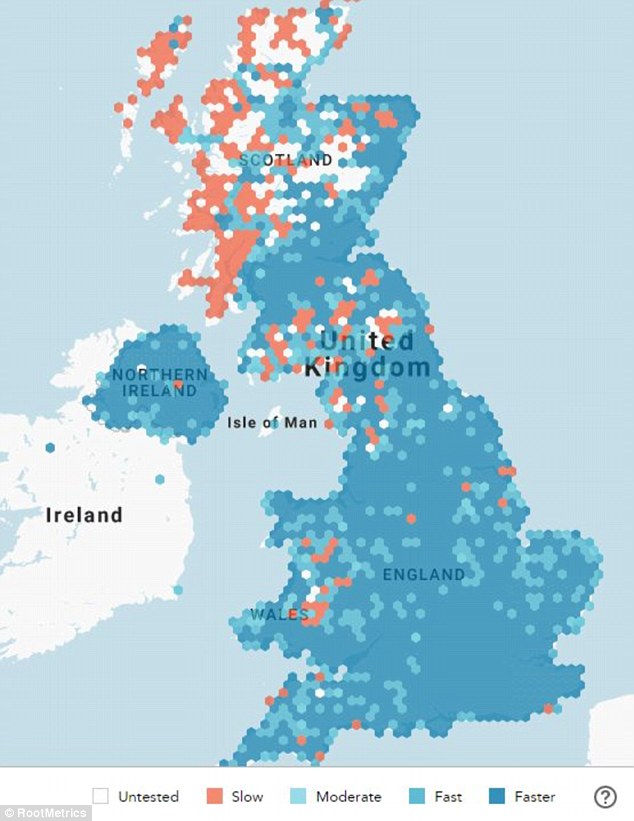 But what about customer service and price?

Unfortunately all four major networks have announced price rises in the past week, which will affect even those mid-contract thanks to small print that lets them raise prices in line with RPI inflation each year.

O2 customers will see a 4 per cent jump from April, EE is hiking prices by 4.1 per cent. Three and Vodafone customers will have to wait to find out how much their bills will rise until March’s inflation statistics are released by the Office for National Statistics.

According to recent figures from Ofcom, Vodafone was the most complained about mobile network with 10 complaints per 100,000, followed by BT at nine and Talk Talk and Virgin Mobile at eight.

Tesco Mobile (which piggybacks off the O2 signal) only had one complaint for every 100,000 customers, while EE, Three and O2 all had three.

Figures from Which? last year revealed EE and Vodafone as the worst networks in its annual customer service satisfaction survey.