Mother, 34, appears in court accused of murdering her two teenage sons with ‘poison’ and attempting to murder two other children at Sheffield house as man, 37, faces two counts of murder

A mother has appeared in court today accused of murdering her two teenage children.

Sarah Barrass, 34, was charged following a ‘major’ incident at a house in Sheffield, South Yorkshire on Friday.

Her sons Tristan Barrass, 13, and Blake Barrass, 14, died after they were taken to hospital, but the cause of death is not yet known.

Police were called to a property in the Shiregreen area at around 7.30am and arrested Barrass along with Brandon Machin, 37, of no fixed abode.

The pair have each been charged with murder.

Barrass is also accused of three counts of attempted murder against two other children.

The boys died after they were taken to hospital and are suspected to have been poisoned, it was reported.

It was claimed the 13 and 14-year-old boys sent a message from a Nintendo Switch console to a friend saying they were ‘feeling sick’ at 7am – half an hour before police were called to their house. 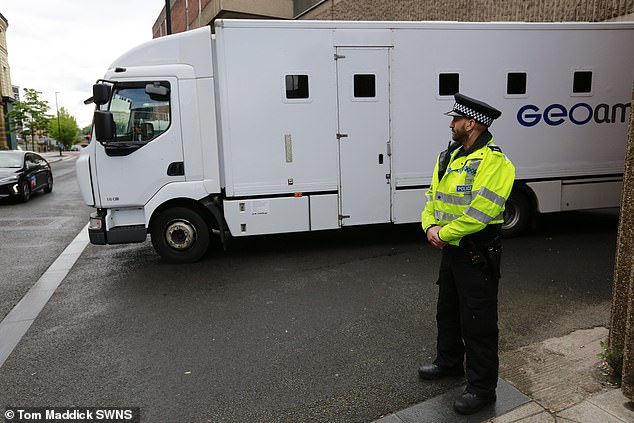 A prison van arrives at Sheffield Magistrates Court, protected by police this morning

The man and woman appeared at Sheffield Magistrates today dressed in grey prison-issue uniforms for the short 10-minute hearing while flanked by three security officers.

They spoke to confirm their names, ages, addresses and nationalities but did not enter a plea.

No application was made for bail and the pair were remanded in custody to appear at Sheffield Crown Court tomorrow morning.

The chair of the bench said: ‘You will be sent to crown court and will appear there tomorrow morning. 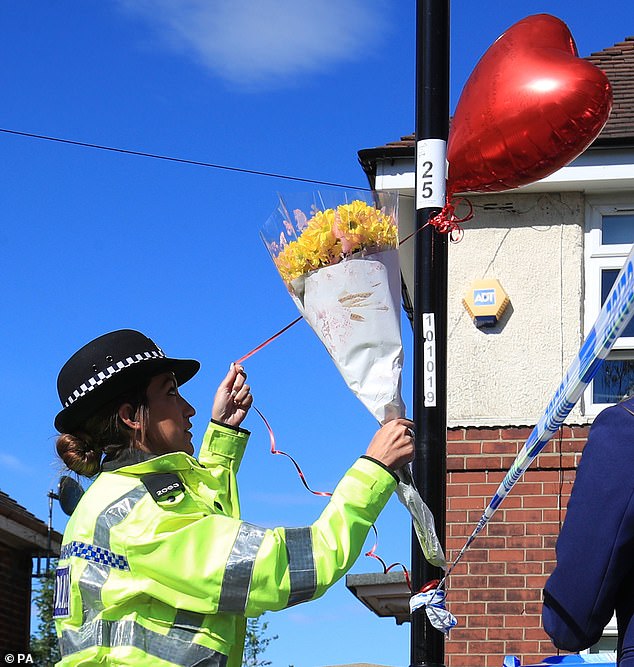 A police woman took flowers from school children to lay outside the house where the children died. Two people have now been arrested 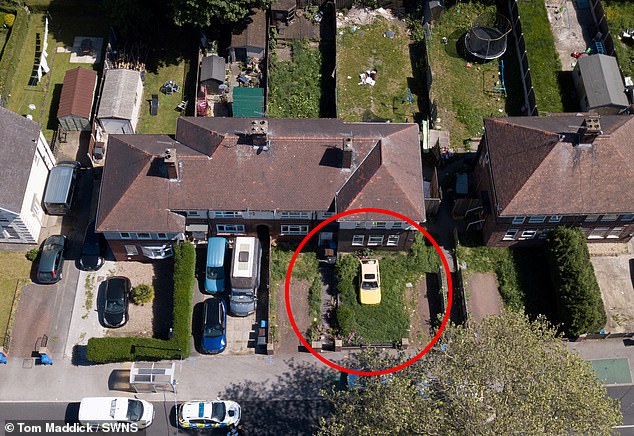 An aerial view of the police investigation at the house. Yorkshire Ambulance Service and Yorkshire Air Ambulance were called to take six children to hospital 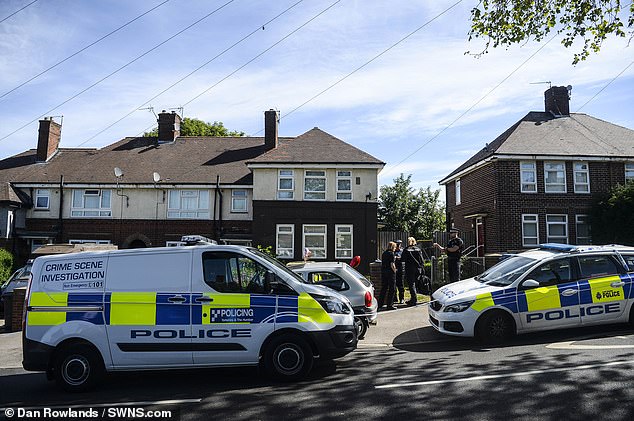 Police cordoned off the area at the property in Shiregreen, Sheffield, after six children were taken to hospital following ‘a serious incident’

‘Because of the nature of the offences, bail is not applicable. You will be remanded in custody.’

Up to 15 police cars, two riot vans and four ambulances descended on the home, while the air ambulance landed at a nearby primary school on Friday morning.

Dozens of floral tributes were left outside the family’s home that was still sealed off behind police tape on Friday.

A steady stream of tearful school children brought flowers, balloons and teddy bears to the scene. An online fundraising drive has been launched to help the surviving children.

Gill Furniss, Labour MP for Sheffield Brightside and Hillsborough, said she was ‘deeply saddened by the tragic incident’. 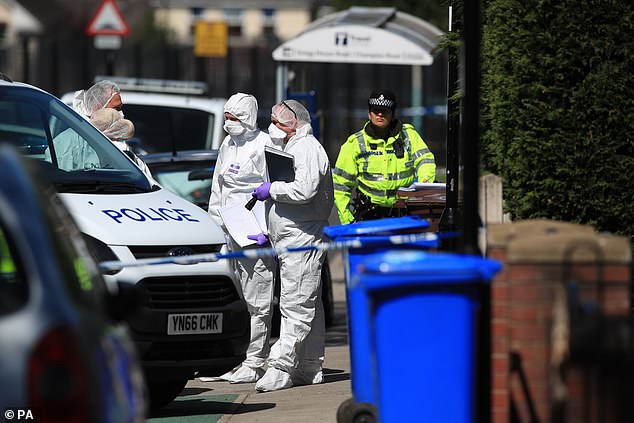 On Friday night it was understood that the other children, who cannot be identified for legal reasons, were being cared for by social services 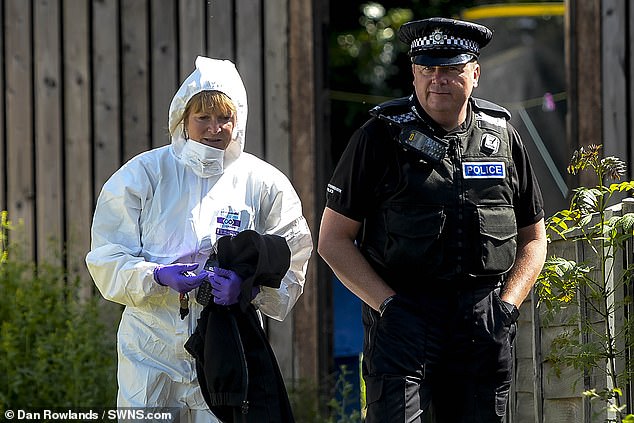 Pictured: A forensics officer attends the scene after six children were taken to hospital 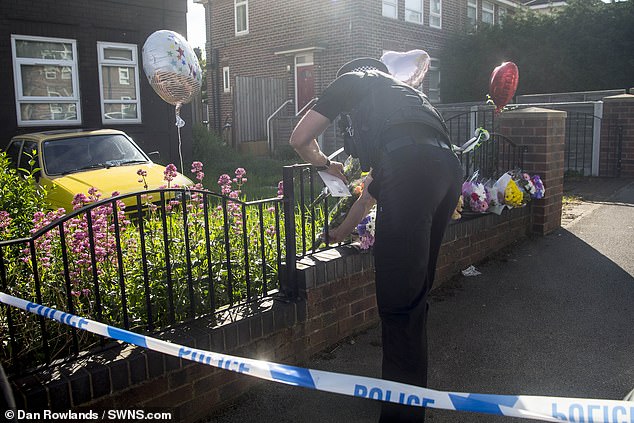