Mother, 35, discovers her cough that wouldn’t shift is life-threatening LEUKAEMIA

A young mother who thought her lingering cough was her body reacting to the stress of moving across the world was horrified to be told she actually had leukaemia.

Louise Moreton, 35, who moved from Melbourne to Durham in 2017, was told she needed to start cancer treatment within 48 hours or she could die.

Australian Mrs Moreton, whose husband, Paul, is from northern England, first started suffering with a cough she couldn’t shift.

But when her symptoms developed into inexplicable nosebleeds, weight loss and night sweats, she figured something more serious was wrong and went to a doctor.

Tests revealed she had leukaemia – blood cancer – and doctors said she couldn’t go home and must begin chemotherapy immediately.

Louise Moreton (right), moved from Melbourne to Durham, the home of her husband, Paul, 35 (left), when she discovered a cough she thought was tiredness was actually cancer 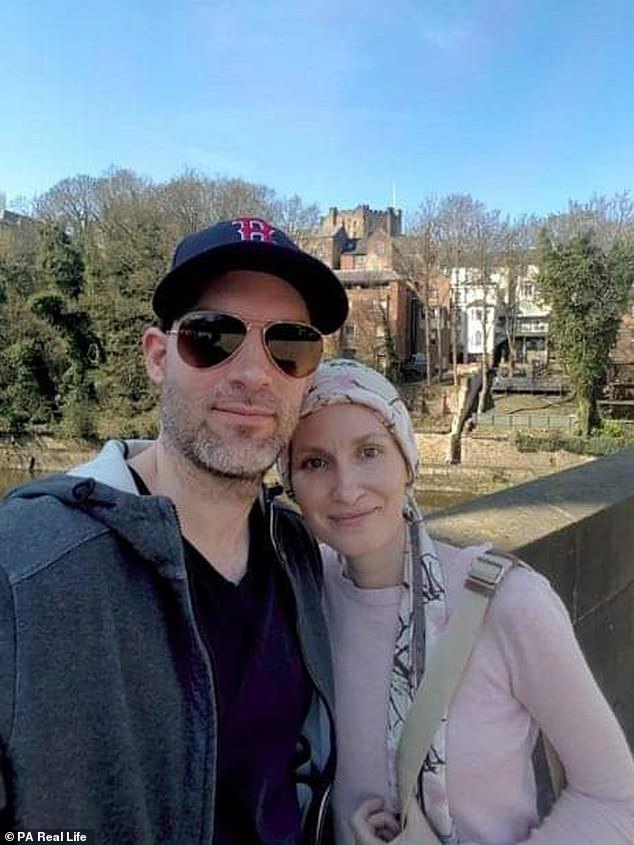 Mrs Moreton, whose husband, Paul, is from northern England, first started suffering with a cough she couldn’t shift around a month after her move 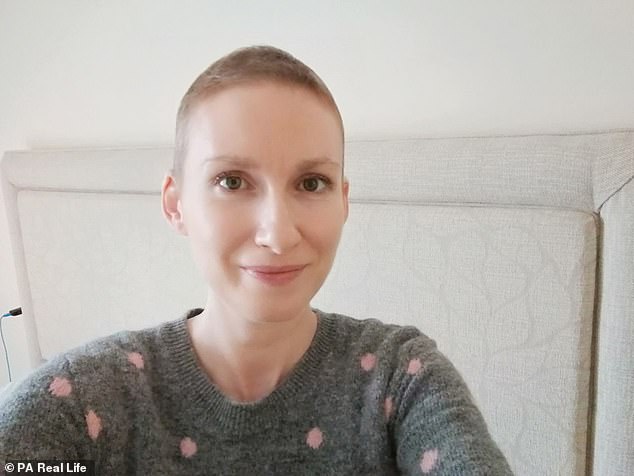 After tests, Mrs Moreton immediately began treatment – a six week course of chemotherapy, during which time she had to be kept in isolation

A month after Mrs Moreton, an occupational therapist, had moved to England with her husband and their son, Leo, six, she began feeling run down.

She developed a nasty cough which wouldn’t shift, and figured the stress of her huge move had weakened her immune system and she was suffering with a simple bug.

But, after experiencing worrying nose bleeds and night sweats, she had an urgent blood test on November 3, 2017.

From this she was diagnosed with acute myeloid leukaemia, a cancer of the white blood cells, and admitted to Newcastle’s Freeman Hospital for six weeks.

‘To be told I couldn’t go home and that I needed to start treatment within 48 hours or I’d die was so shocking,’ she said.

‘All I could think about was Leo. We’d all gone from the absolute high of moving to the UK to not knowing if I’d survive.’

Leading up to her mammoth move, Mrs Moreton, who met financier Paul while he was backpacking through Australia in 2007, felt fit and healthy.

She only started to cough and feel run down a month after arriving in the UK, when she also developed daily headaches, leading doctors to believe it was flu.

Mrs Moreton explained: ‘I was very new to the country, so was trying to find a doctor and navigate how the system works over here.

‘I went back and forth to a GP, but they still thought it was just flu.

‘It got to the point where I began to question myself, thinking if this is just a virus like everyone is saying, why am I so weak?’ 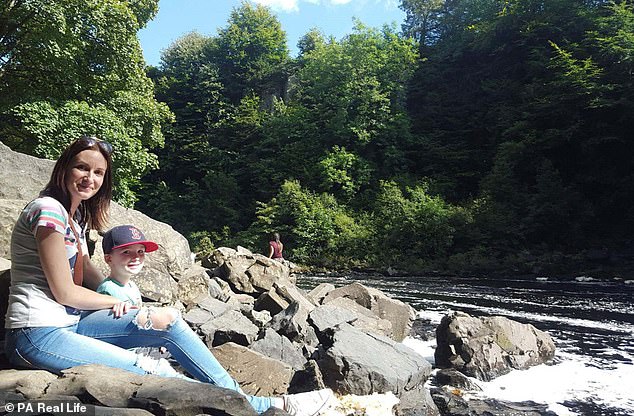 Doctors believed Mrs Moreton, pictured with her son Leo shortly after they arrived in the UK, had the flu until her symptoms developed into weight loss, nosebleeds and night sweats 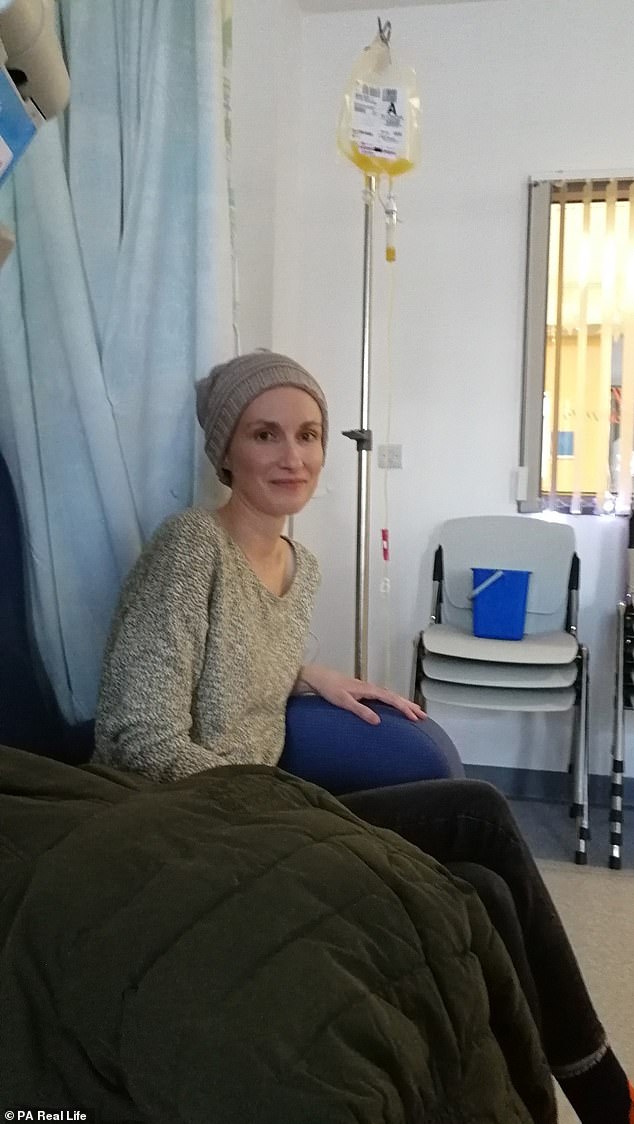 Somehow, despite her symptoms making day to day life difficult, Mrs Moreton worked in a hospice for one week before she became too ill, leading to her diagnosis 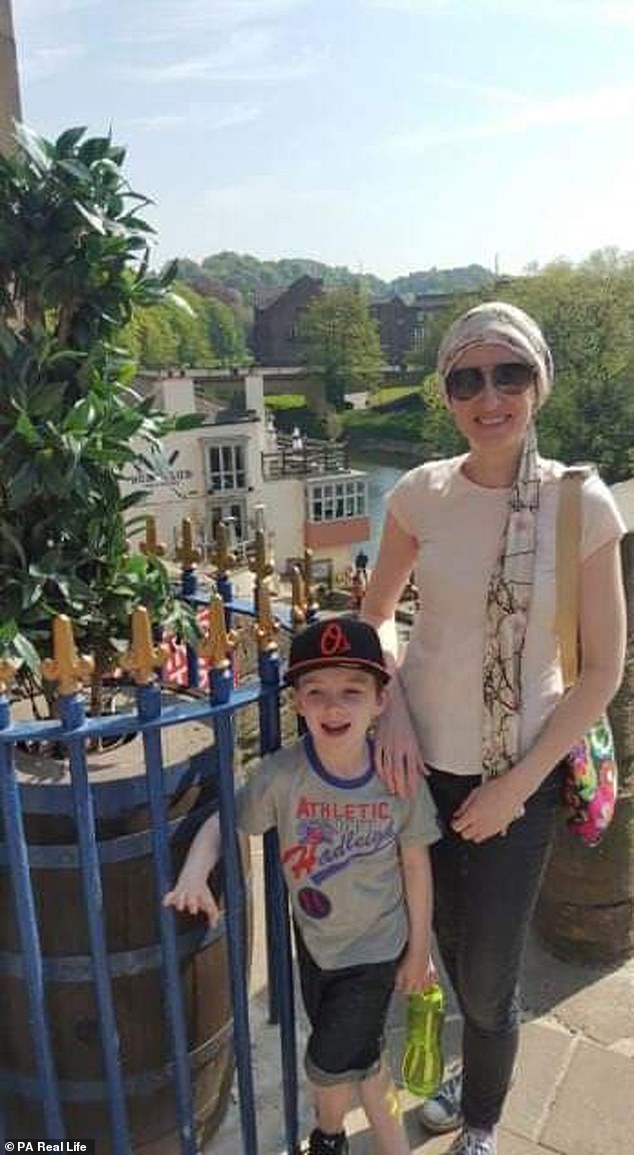 Mrs Moreton, pictured with her son during treatment, was told she would need treatment within 48 hours and wasn’t able to return home

Somehow, despite her symptoms making day to day life difficult, she had found a job working in a hospice, which she did for just one week and a day before things came to a head.

She recalled: ‘I got home after a shift and was playing with Leo, when this wall of fatigue hit me like nothing else. I just couldn’t get out of bed.

‘That’s when my nosebleeds began too, and I started to feel very scared. I knew something serious was happening.

‘I made an appointment at an urgent care centre and Paul virtually had to carry me in, I was that sick.’

In November, Mrs Moreton had a blood test – only to be called four hours later with instructions to urgently get herself to the University Hospital of North Durham to meet with a doctor.

She added: ‘He was fantastic, ready and waiting to assess me as soon as I arrived. I must have looked skeletal by then.’

Within the hour, Mrs Moreton had been blue-lighted to Newcastle’s Freeman Hospital and admitted.

There, in the middle of the night, after running a series of tests, medics broke the news that she had leukaemia – as well as pneumonia and sepsis, where the body attacks itself in response to an infection – and needed treatment immediately.

She recalled: ‘The doctor was incredible. I said to her, “Am I going to end up in a hospice, like the one where I work?”

‘She said they would do all they could for me. I held on to that and knew I had to fight.

‘Paul was by my side throughout. His mum Veronica, dad Michael and sister Jayne were amazing.

‘They’d swooped in to look after Leo while we went to hospital, but Paul had to call them to break the news.

‘That must have been incredibly difficult for him. My family back in Australia felt helpless too. They had no idea what to do, and couldn’t physically be there.

‘At the time, it felt like the world could not be bigger.’ 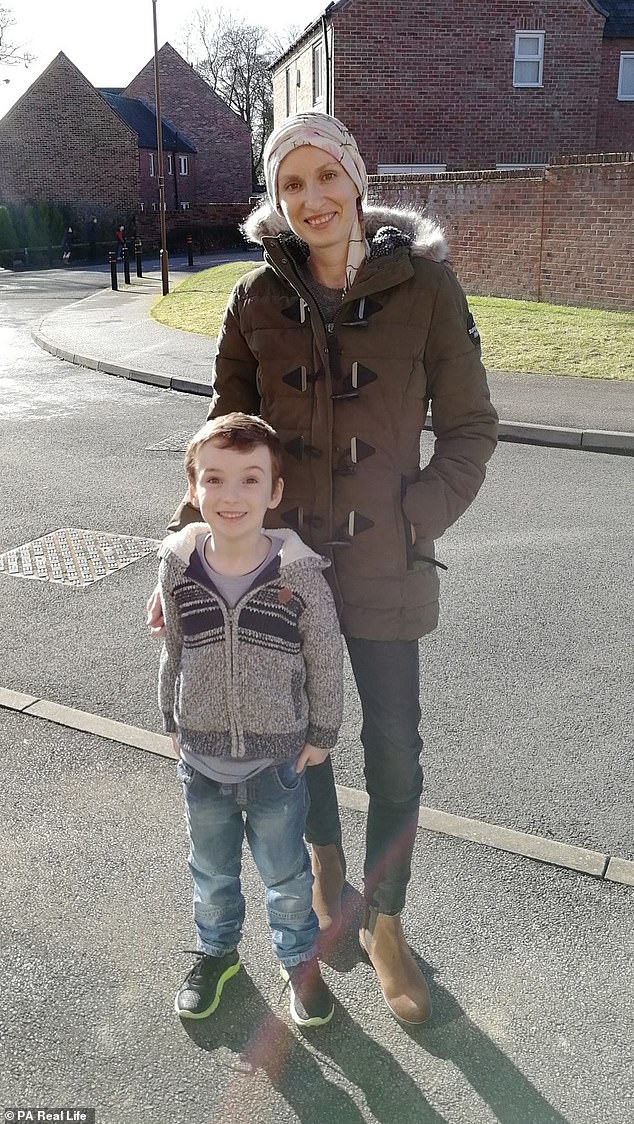 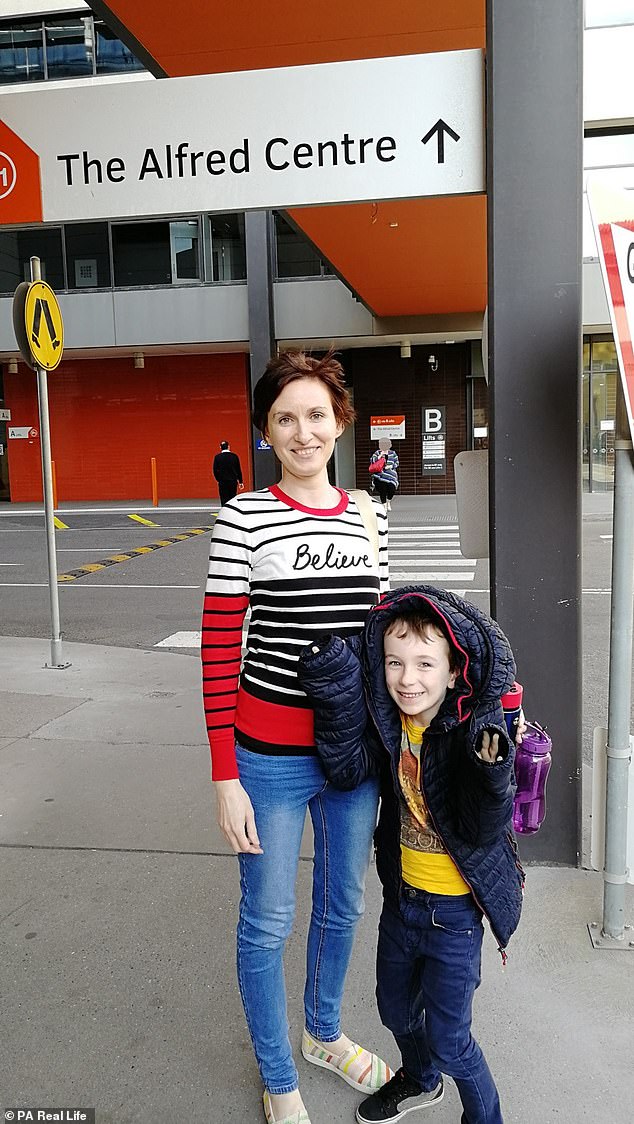 Mrs Moreton moved back to Melbourne in July 2018 to be closer to her family in case she relapsed. However, a bone biopsy has confirmed she is still in remission

Right away, Mrs Moreton began treatment – a six week course of chemotherapy, during which time she had to be kept in isolation as her immune system was so compromised.

‘Paul, thankfully, could be there and so slept by my side every night,’ he said. ‘But Leo was in school around a lot of germs, so it was too risky.

‘I couldn’t be near him, which was very tough. He would write me notes and letters though, and press them up to the glass window of the room I was in so I could see.’

After the first round of chemotherapy, Mrs Moreton was allowed home for a few days around Christmas, but soon had to go back to hospital after contracting an infection.

From there, two further rounds of chemotherapy followed, before her treatment finished in March 2018 and she was told the words she had longed to hear – she was in remission.

Since then, although she, Mr Moreton and Leo moved back to Melbourne in July 2018 to be closer to her family in case she relapsed, she has been working tirelessly with charity Leukaemia Care, backing their #spotleukaemia campaign to raise awareness of the symptoms to watch out for.

‘I got involved with Leukaemia Care shortly after my diagnosis,’ she said. ‘I joined some of their support groups, which were my saving grace.’

Mrs Moreton hopes that, by sharing her story, she will help encourage people to speak to their doctor if they have noticed any worrying changes in their health.

She added: ‘All I want to do is raise awareness. It’s shocking how quickly and brutally this disease can claim lives if it’s left untreated.

‘I know the NHS does an amazing job, and it’s flat out right now, but I hope to encourage people to be advocates for their own health too.

‘Don’t doubt yourself – keep pushing if you feel something isn’t right.’

Leukaemia Care is a national charity urging people to #SpotLeukaemia. Find out more at spotleukaemia.co.uk. 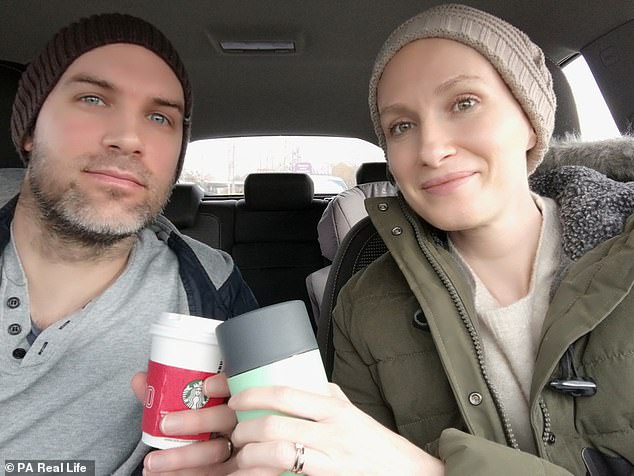