Sharon Elliott, 48, claimed the large windfall wasn’t from selling the drugs her partner was growing, but was a present from her deceased relative. She is pictured outside Plymouth Crown Court

A drug-dealing mother wrote a forged letter from her ‘dead uncle’ to help hide £35,000 she earned from dealing drugs grown by her partner.

Sharon Elliott, 48, claimed the large windfall wasn’t from selling the cannabis — but was a present from her deceased relative.

Elliott and her partner Glyn Howell, 61, have now been jailed for perverting the course of justice after hiding tens of thousands of pounds they made from cannabis.

The courts had put orders in place banning them from having hidden bank accounts, spending huge amounts of cash or disposing of assets.

But Plymouth Crown Court heard the couple held secret bank accounts and spent lavishly in breach of court orders to freeze their assets.

Police and the Crown Prosecution Service released the letter Elliott forged claiming it to be from her late uncle Michael Legg to expose the extent of their deceit.

She handed over the typewritten note to police after her arrest which sought to explain away £35,000 in drugs money. Mr Legg had died in June 2011.

‘This is for always being there for all your help to myself and your nan in the past when she was alive, and this is my thanks to you. 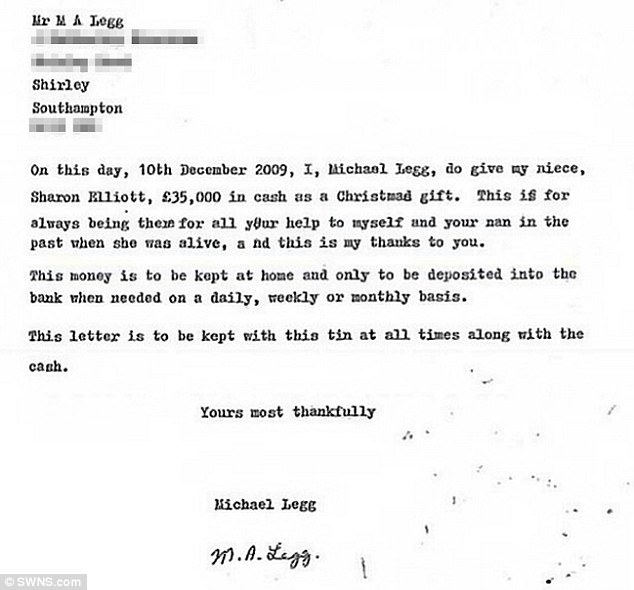 ‘This money is to be kept at home and only to be deposited into the bank when needed on a daily, weekly or monthly basis.

‘This letter is to be kept with this tin at all times along with the cash.’

The letter was signed but police found that Elliott had a copy of his signature.

Elliott told police that herself and her partner had lived off her late uncle’s money and even enjoyed a holiday to the USA paid by him.

But in fact it was all drug money which should have been subject to the Proceeds of Crime hearing.

Police spoke to Mr Legg’s probate solicitors and other members of the family – and found no evidence of any bank withdrawals from his account adding up to £35,000. 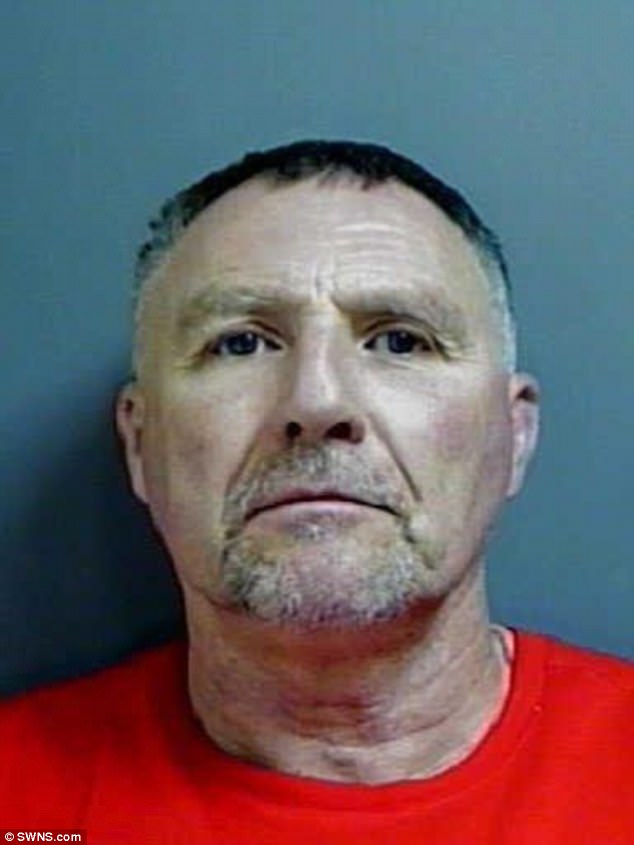 Elliott and her partner Glyn Howell, 61 (pictured), have now been jailed for perverting the course of justice after hiding tens of thousands of pounds they made from cannabis

He also apparently did not keep large amounts of cash at his home in Southampton and never had an old-fashioned manual typewriter.

But police did find a list of cash amounts, including the supposed gift from her uncle, at Elliott’s house.

Her own barrister said the letter was ‘stupid’ and bound to raise the suspicions of police.

Sam Aynsley, for Elliott, there was no explanation for the bizarre conditions which Mr Legg had apparently laid down for the receipt of the cash.

The money should have been seized under the Proceeds of Crime Act for the public purse.

Mr Bennett said investigators estimated that Howell had made £91,000 and Elliott had made £125,000 by running a cannabis farm from a lock-up in Plymouth, Devon.

Howell’s sentence will only start from October, the half-way point in his original six-year term for growing cannabis and dealing cocaine.

Another hearing is to be held on a date to be fixed – but their assets are set to fall far short of the £216,000 the couple are said to have made from their crimes.