Mother, 49, tucked up drunken man she thought was her son

A mother was given a fright on Halloween when she tucked up a naked drunk she thought was her son – only to discover he was a stranger the next morning.

Juliet Jarvis, 49, was woken at 4.30am on Sunday and went upstairs to find a man she presumed was her son, Stewart Kinsey, 30, dozing on her dressing room floor under a duvet.

She placed a pillow under his head and thought nothing of it until the morning when her insurance broker husband, Cliff, came downstairs and told her: ‘There’s a naked bloke upstairs and it’s not Stewart.’

The drunk was in fact Mark Campfield, 29, who had painted his face with a half-skull before a messy night out.

He had been thrown out of a nightclub in Farnham, in Surrey, for falling asleep.

Juliet Jarvis, 49, was woken at 4.30am on Sunday, by a man she presumed was her son Stewart Kinsey but she later found was stranger Mark Campfield 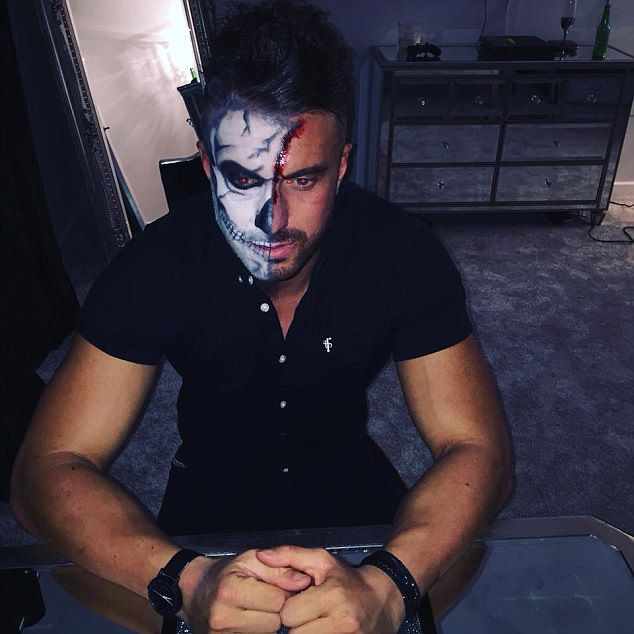 Mark Campfield, a car dealer, had painted half his face for Halloween and ended up sleeping on Ms Jarvis’ dressing room floor following a drunken night out 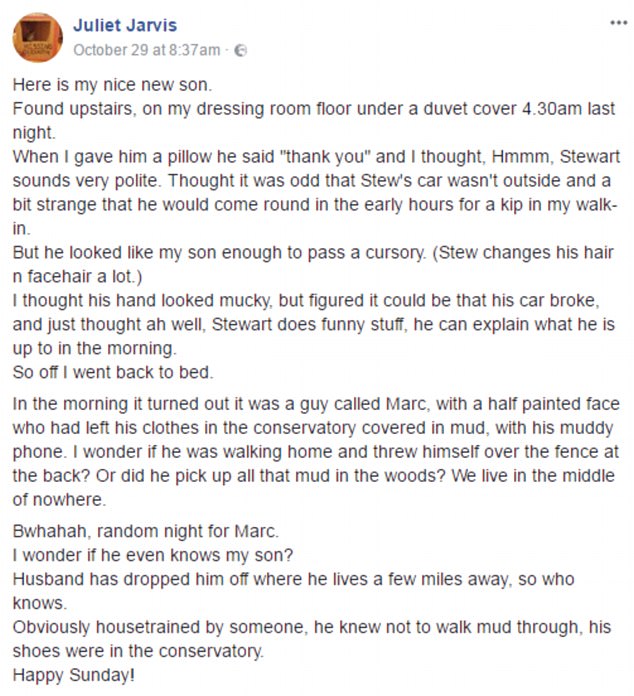 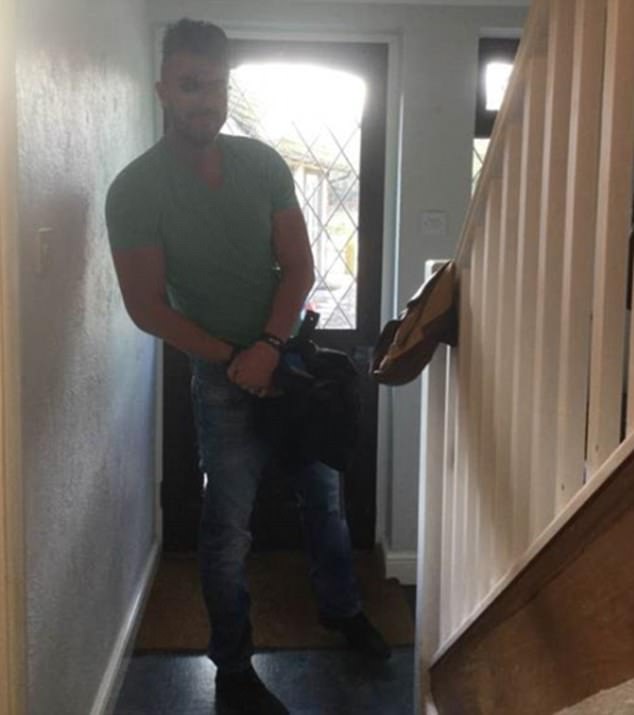 Mr Campfield, a car dealer, can’t remember how he ended up at the house in Kingsley Common, four miles from where he lives in Bordon.

He stumbled into the house, stripped off his mud-stained fancy dress and then fell asleep upstairs in Ms Jarvis’ dressing room.

Recalling the incident Ms Jarvis said: ‘I went in to see a head poking out from a duvet. He said “I just need to sleep”.

She wrote on Facebook: ‘When I gave him a pillow he said “thank you” and I thought, “hmmm Stewart sounds very polite”.

‘I thought it was odd that Stew’s car wasn’t outside and a bit strange that he would come round in the early hours for a kip in my walk-in. But he looked like my son enough to pass a cursory and Stew changes his face and hair a lot.

‘I thought his hand looked mucky, but figured it could be that his car broke, and just thought “ah well Stewart does funny stuff…he can explain what he is up to in the morning”. So off I went back to bed.’ 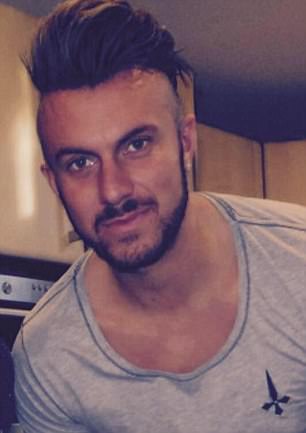 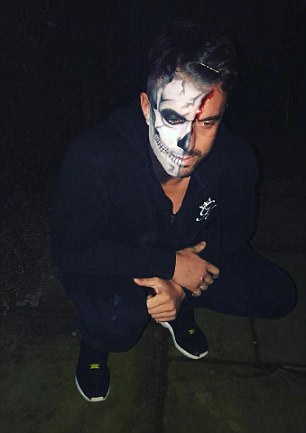 The 29-year-old had been thrown out of a nightclub in Farnham, in Surrey, for falling asleep

The next day it turned out the drunken man was actually Marc Campfield who had half painted his face for Halloween.

Before his night out he had written on Facebook ‘gonna be messy ha.’

In the morning he was greeted by the sight of Ms Jarvis’ husband, Cliff, standing in his Y-fronts.

He told The Sun: ‘I tried to bluff that I knew their son…the lady took a picture of me to send to him. I knew then I had been rumbled.’ 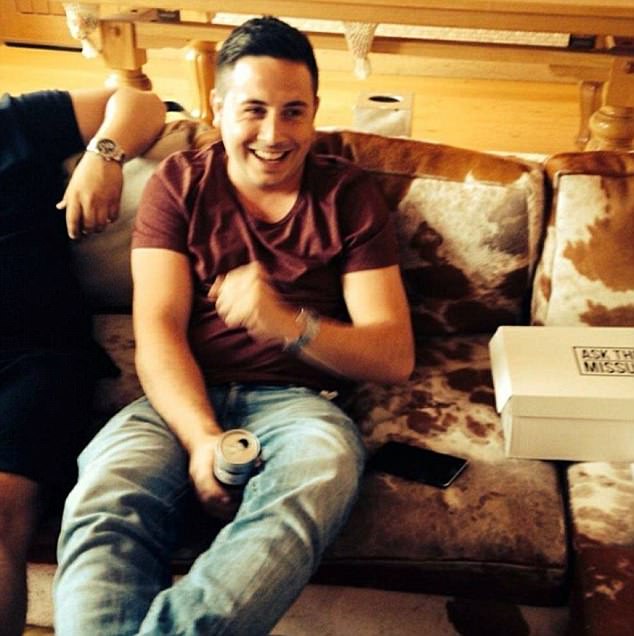 The couple took him one of Stewart’s T-shirts and jeans to wear before he sheepishly came downstairs.

Ms Jarvis recalled: ‘We said, “Did you have a drink last night?”

‘He replied, “I think so”, and we all started laughing. My husband ran him home. He was obviously house trained as he knew not to walk mud through, his shoes were in the conservatory.’

Mr Campfield said: ‘I could not have stumbled into the home of two more lovely people. They were so understanding.’

But Mr Kinsey remarked: ‘I’m going to have some serious words with my mother. She still can’t recognise me after all these years.’