Mother and her daughters suffer from excruciating tumours

A mother and all of her three daughters have a rare, incurable condition that causes excruciating tumours to form all over their bodies.

Ms Phillips, who works with children with special needs, said: ‘The pain in the joints and spine from NF is the hardest to deal with. They all suffer from awful migraines too. I don’t like to see the children in pain.’

The disorder affects around one in 3,000 people and is caused by a genetic mutation. 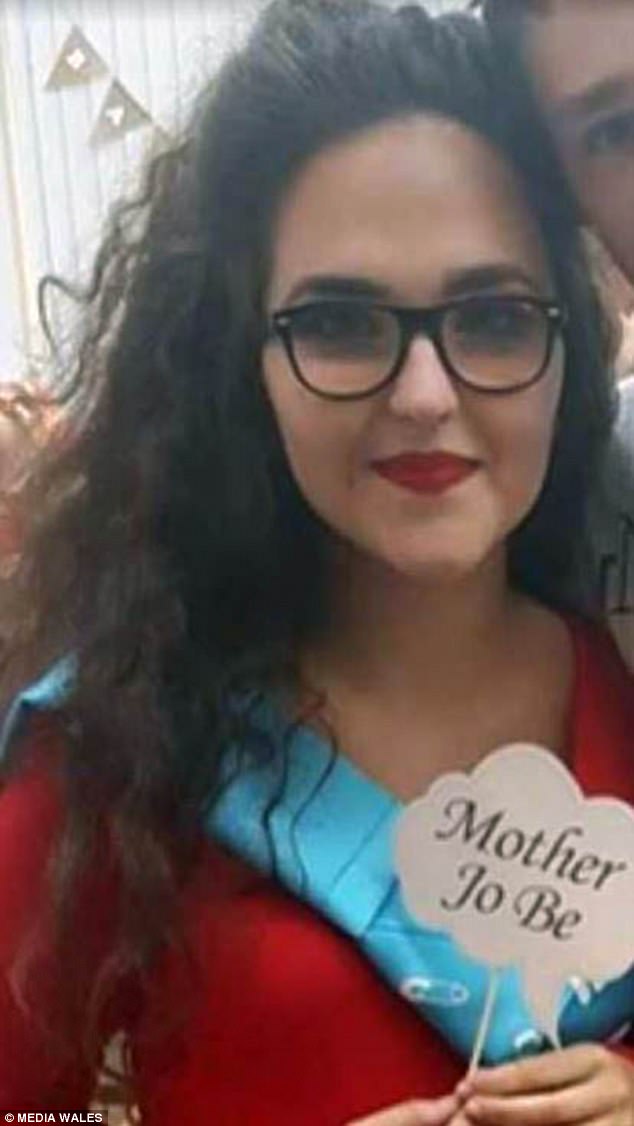 Chelsea, 23, had developmental problems, headaches and knee troubles before her diagnosis 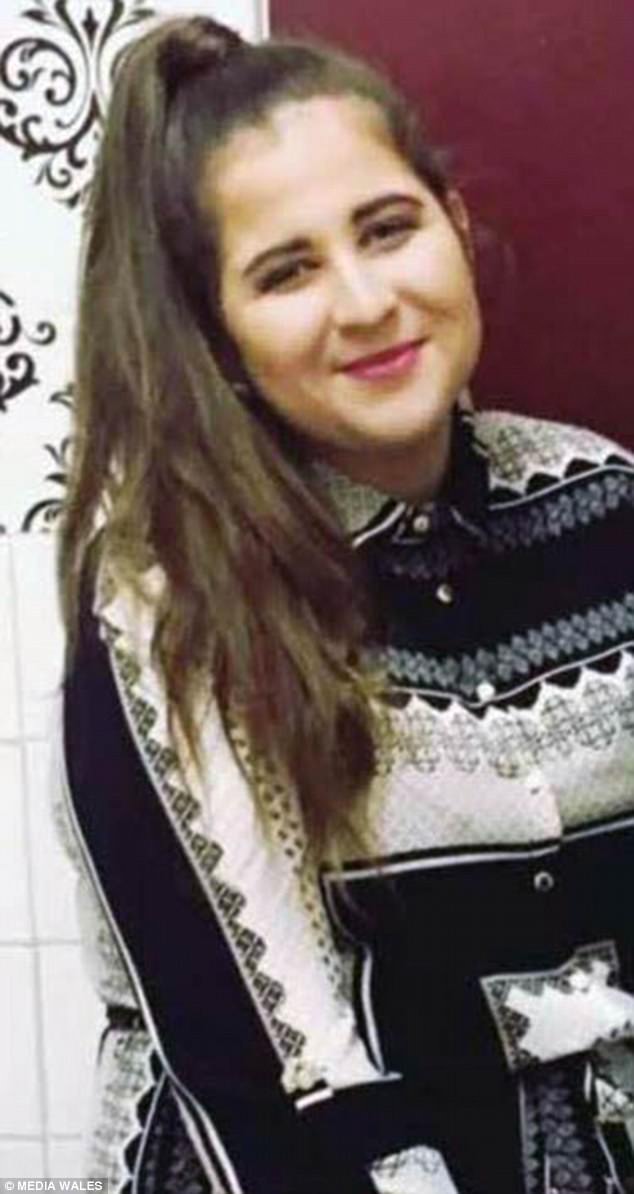 Courtenay, 17, has curvature of the spine, which is thought to be associated with NF1

WHAT IS NEUROFIBROMATOSIS TYPE 1?

Neurofibromatosis type 1 (NF1) is a genetic condition that affects one in 3,000 people in the UK to some extent.

It is caused by a genetic mutation that affects nerve tissue growth.

It is also associated with mild learning difficulties.

Most people with NF1 are otherwise healthy and live to a normal life expectancy.

Surgery can be performed to remove the benign growths.

‘I thought it was my last Christmas’

Ms Phillips discovered she had the disorder nearly 14 years ago when she was taken to hospital with severe pains in one side of her body.

After a CT scan, doctors at the Royal Marsden Hospital in London found a large benign tumour growing on her pelvis.

Ms Phillips said: ‘I thought it was my last Christmas.

‘I had four children and Tyanna [her youngest child] was just a baby. It was mid-December 2003 and I had to wait for the test results until January 30.

‘When the results came back the doctors looked me all over and told me I had the genetic condition NF1.

‘I was so relieved I didn’t have cancer even though nothing can be done for the tumour. I didn’t know at the time what NF1 was.’

Ms Phillips’ family were then tested at Guy’s Hospital in London one-by-one.

Doctors first diagnosed Ms Phillips, followed by Chelsea, who already had certain characteristics of the condition, including developmental problems, headaches and knee troubles.

Courtenay who has ADHD, café au lait spots and violent mood swings, was also confirmed as being a sufferer. The teenager has also had to contend with scoliosis, commonly known as a curvature of the spine, which is thought to be linked to NF1. 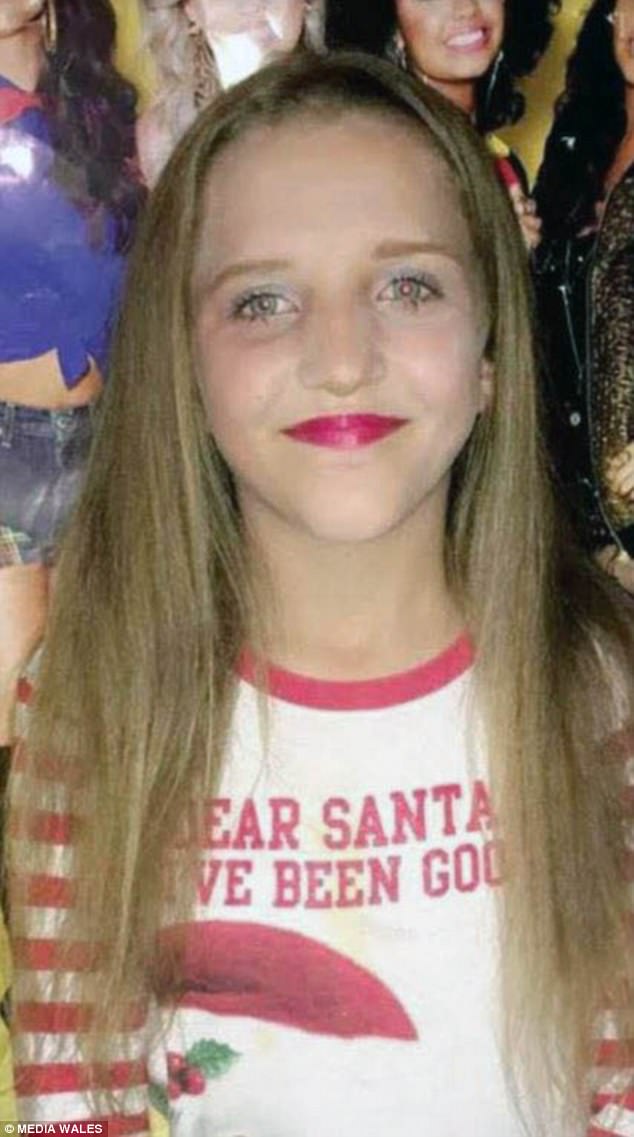 Tyanna, 14, has autism, attention deficit disorder, tumours in her brain and nodules on her eyes 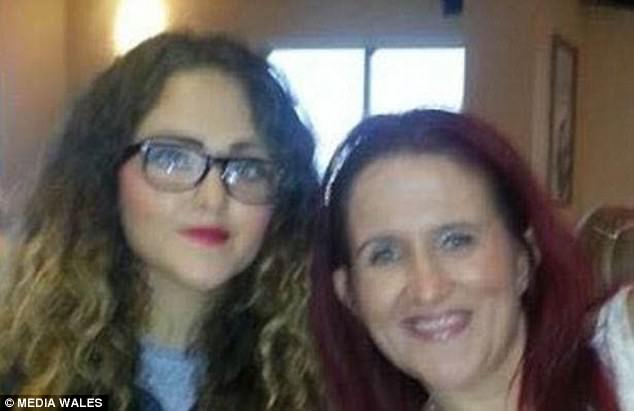 ‘I don’t like to see the children in pain’

Ms Phillips noticed Courtenay was not developing normally when she was just a few months old and was unable to support her own head.

She said: ‘I saw a TV programme about a boy with scoliosis and thought he looked just like Courtenay.

‘I asked doctors to do an X-ray and I was right. She had curvature of the spine.

‘She developed normally and was even ahead of her age, walking by her first birthday.

‘But as she got older she developed another curve in her spine, more of a hump on her shoulders.

‘It meant she always held her head to her left and was painful.’

Ms Phillips’ youngest daughter Tyanna has autism, attention deficit disorder, tumours in her brain and nodules on her eyes.

As a baby Tyanna was diagnosed with developmental delay, did not walk until the age of two and was selectively mute.

Ms Phillips said Tyanna always seemed much younger than her age, only used a few words when speaking and could not formulate full sentences.

She added: ‘Tyanna can’t have medication for ADD because of her condition.

‘She couldn’t sit still and has problems with her co-ordination and concentrating at school so she is now in a special needs unit.

‘She has obsessions with things and she is very sensitive to caffeine. She is sociable but she argues a lot with other children.

‘She used to play rugby but she had to give that up because any knocks to the head can be especially damaging with the NF1.

‘The pain in the joints and spine from NF is the hardest to deal with. They all suffer from awful migraines too. I don’t like to see the children in pain.’

Ms Phillips is also in almost constant pain herself.

She said: ‘I have a large tumour wrapped around my sciatic nerve so it’s painful and it can’t be removed. I try not to take painkillers unless I absolutely need them.’

It is unknown whether Ms Phillips’ son Cameron suffers from NF1 as his test came back inconclusive.

The condition does not affect the children’s father Andrew, 49, who works in a slaughterhouse.

Ms Phillips’ daughters have previously been on the Childhood Tumour Trust’s activity break, which is funded by Jeans for Genes this year.

She said: ‘This trip is fantastic for the children. They get to meet children who are exactly like them, they make new friends and take on new challenges, away from their parents.

‘One young girl who had a problem with her leg pulled herself up on a rope just by her arms. They all achieve things at the camp that they would never do at home.’