A mother who fought to stop her son being given contaminated blood products found was labelled ‘neurotic’ by doctors, it has been revealed.

Della Ryness-Hirsch told the Infected Blood Inquiry that her son Nick had been diagnosed with severe haemophilia when he was a baby and was regularly given blood products for his condition.

But she told the inquiry on Thursday that her friend in the United States had rung her in about 1978, telling her to check if her young son was receiving blood from America.

The 75-year-old from north London said she had asked doctors if he was receiving blood products from America, which she had heard was being sold by prisoners and people on ‘Skid Row’, but was told he had not been given any.

But Mrs Ryness-Hirsch said that a couple of years later, when Nick was aged four, she was told he had to be moved to the treatment and she went ‘absolutely crazy’.

‘I had a huge shouting match,’ she added.

‘I kicked up bloody murder.’

Mrs Ryness-Hirsch said that after getting hold of a copy of her son’s medical records she discovered someone had written ‘neurotic mother’ across the notes.

She added: ‘On the day when I had kicked up such a fuss at Great Ormond Street about not allowing them to give him American treatment, right across that note, in tramlines, was ‘neurotic mother’ and that about summed up the way we were considered by the medical profession.’ 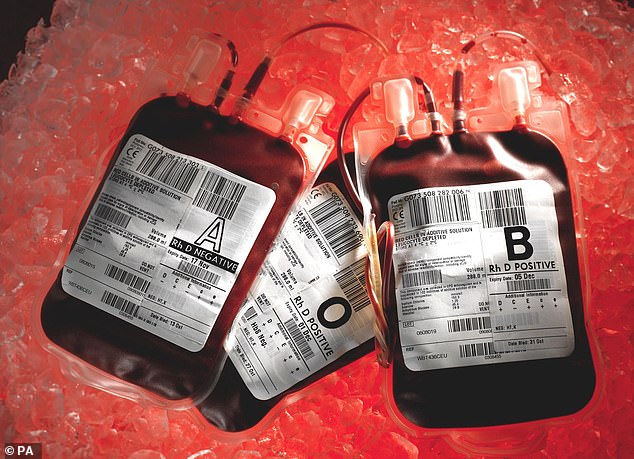 When asked if she had been assured that if her son was moved onto the Factor  products they would be ‘safe and from the UK’, Mrs Ryness-Hirsch said: ‘Absolutely, that was what I was told and was promised.’

`Eventually we had no choice and had to agree to Nick receiving Elstree only Factor VIII.’

Mrs Ryness-Hirsch said that in 1985, a senior medic had told her and her husband that every other child at the Great Ormond Street Hospital haemophilia unit had tested positive for HIV except her son.

She said: ‘They told Dan and I that all the children in the unit had been tested for the virus and Nick was the only one that did not have the virus, Aids, the HIV virus.’

The inquiry heard Nick was tested and diagnosed with hepatitis C in 1990, and Mrs Ryness-Hirsch said he was probably infected around 1980 and died aged 35 in March 2012, 10 months after the birth of his daughter.

Mrs Ryness-Hirsch was giving evidence during the second week of the Infected Blood Inquiry at Fleetbank House in central London.

The contaminated blood scandal has been labelled the worst treatment disaster in the history of the NHS.

Thousands of patients were infected with HIV and hepatitis C via contaminated blood products in the 1970s and 1980s.

Two previous inquiries have been branded a whitewash by campaigners.

The inquiry is chaired by former High Court judge Sir Brian Langstaff who has promised to put people at the heart of the probe.

Mrs Ryness-Hirsch told the inquiry her son was a musician who had written his first song with his twin brother when they were eight.

She added: ‘He was funny, irreverent, talented, loving, maddening and wonderful son, brother, partner and father too, if only for 10 months.

‘We miss the hell out of him.’

After the inquiry hears from victims in central London, there will be similar testimonies taking place over the coming months in Belfast, Leeds, Edinburgh and Cardiff.