Angry mum, 36, tries to ‘mow down ex-boyfriend with her CAR’ before crashing into a house

A woman is in custody after allegedly trying to mow down her ex-boyfriend with her car before crashing into a house.

The man, known only as Duke, narrowly missed injury after the car veered towards him at the property in Grazing Avenue, in Morphett, in Adelaide’s south on Sunday morning at around 5am.

Police arrested the woman after she fled the scene and later confirmed the crash was not a random accident.

Duke, who has two children with the woman aged seven and nine, said he was forced to jump out of the way of the car.

‘I don’t understand it,’ he told The Advertiser.

Duke said he had been visiting a friend at the property.

‘I’m happy my kids weren’t in the car so that’s all I’m happy about,’ he said.

Two people were reportedly asleep when the car plowed into the bedroom.

Neighbours also heard the commotion and said there was a series of loud bangs.

‘We just heard the car … going back and forth, I think, and screeching and crashing and banging,’ one neighbour said.

The woman, from Huntfield Heights, received numerous charges including acts to endanger life, property damage and other traffic offences.

The suspect is expected to have bail denied.

The 36-year-old will appear in Christies Beach Magistrates Court on Monday. 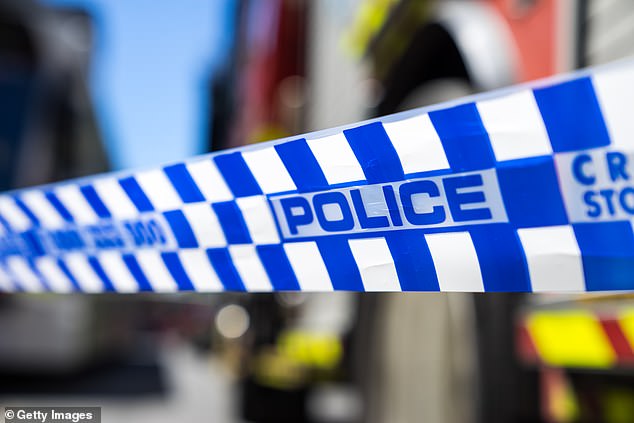 Police arrested the 36-year-old and charged her with multiple offences including acts to endanger life, property damage and other traffic offences (file image)