Mother claims her uterus was PIERCED by her contraceptive implant

A mother claims her uterus was pierced by the controversial contraceptive Essure and has even accused the implant of giving her breast cancer.

Julie Watts, 50, had the sterilisation device implanted into her fallopian tubes in 2009 after looking for a reliable and permanent birth control.

The mother-of-one, from Canberra, Australia, claims her life then became a ‘living hell’ with the device making her feel ‘poisoned’ every day.

After being ‘healthy as a horse’, Ms Watts endured more than a decade-long health battle, which included severe bleeding, chronic pelvic and back pain, excruciating cramps, fatigue, depression and anxiety.

These complications set her back at work, which Ms Watts claims ruined her career as a project manager and even caused the break down of her marriage.

In a desperate attempt to rid herself of her agonising symptoms, Ms Watts had a total hysterectomy last week to remove the implant and claims she instantly felt better.

‘I feel like a new woman. I’m rejuvenated and have my mojo back,’ she said.

‘I wanted a permanent birth control solution, and the Essure implant sounded perfect to me at the time, as the recovery period was far shorter than a tubal ligation,’ Ms Watts said.

The Essure implant is a permanent contraceptive device comprised of a metal nickel coil that is inserted into the fallopian tubes.

This generates scar tissue, which blocks sperm from reaching the egg. 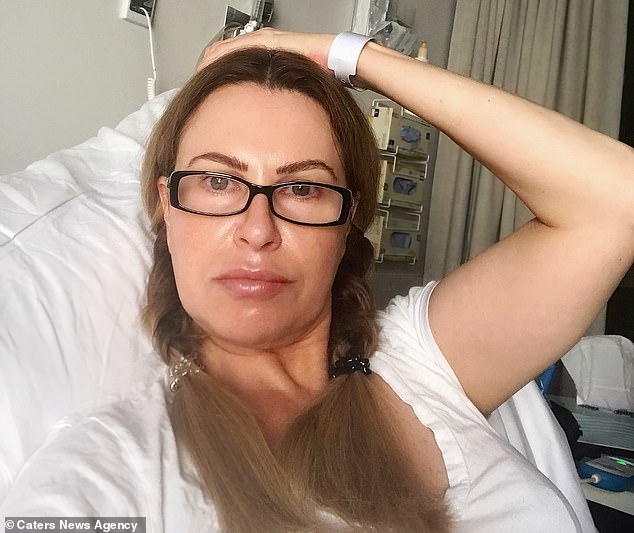 After enduring more than decade-long health battle, which she puts down to the implant, Ms Watts had a total hysterectomy last week to remove the device. Pictured in hospital after the procedure, Ms Watts claims she instantly felt better and has her ‘mojo back’

‘I kept asking whether it was safe, but my doctor at the time assured me it was FDA and TGA [Therapeutic Goods Association] approved,’ Ms Watts said.

‘I had faith that everything would be fine, otherwise why would they use it.’

After enduring symptoms for more than 10 years, Ms Watts only made the connection between her implant and her ill health while watching the 2018 documentary The Bleeding Edge.

‘I totally forgot I even had it until a month ago, when I saw this documentary that details all the horrific side effects of Essure,’ she said.

‘I recognised the name straight away and my jaw dropped to the floor.

‘I went to my gynecologist with this new information.’

While visiting the medic, Ms Watts was told the implant had migrated from her fallopian tubes and pierced both sides of her uterus.

‘We were both horrified. He explained that my uterus would have been trying to expel the toxic implant by contracting, which explains my cramps,’ she said.

‘But in turn, this caused the device to pierce through.

‘I was lucky it was discovered before it perforated my bowel. That could have been disastrous.’ 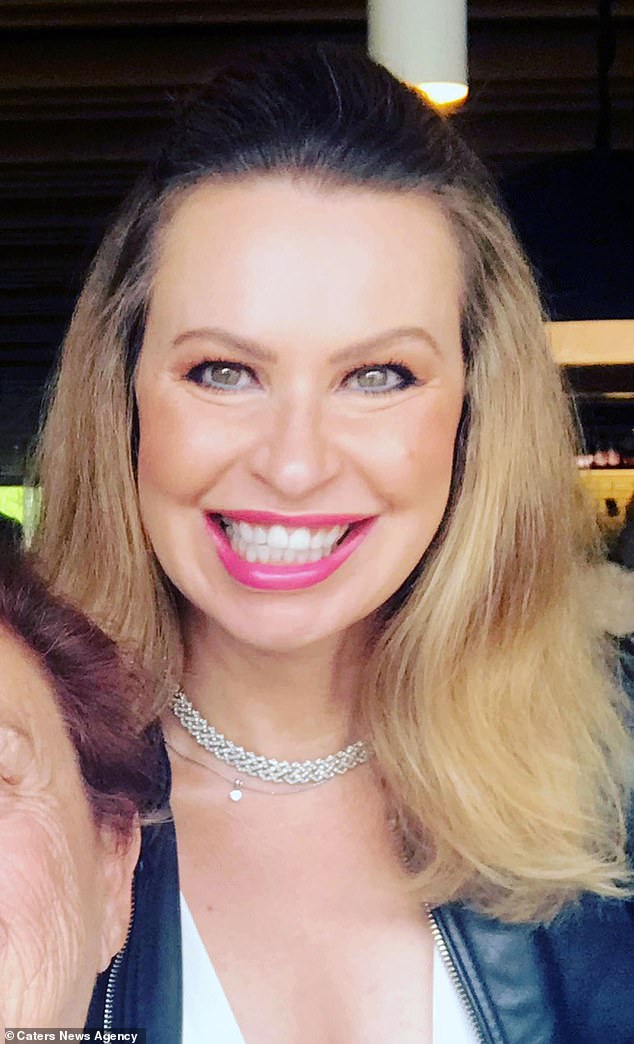 Ms Watts claims her life became a ‘living hell’ after she had the device implanted, with her feeling ‘poisoned’ every day. After being ‘healthy as a horse’, she then developed severe bleeding, chronic pelvic and back pain, excruciating cramps, fatigue, depression and anxiety

Now aware of the risks associated with the Essure implant, Ms Watts claims the onset of her symptoms has become much clearer.

‘Looking back, it explains so many things. I’d always been healthy as a horse, but after getting the Essure implant, my health rapidly declined,’ she said.

‘I felt sick all the time and it was like I had been poisoned. I couldn’t understand it.’

Ms Watts even believes the implant caused her to develop breast cancer in 2011, which resulted in her undergoing a mastectomy on her left breast.

Speaking of her diagnosis, she said: ‘It didn’t make sense to me, because nobody on either side of my family had ever had it.

‘There was absolutely no history and my genes tested negative for the breast cancer gene.

‘Then I discovered there are PET [polyethylene terephthalate] fibres in the implant that cause inflammation in the body and raise oestrogen levels.

‘Although no doctors can confirm it, I look at the timeline and my lack of family history and I can see a link.’ 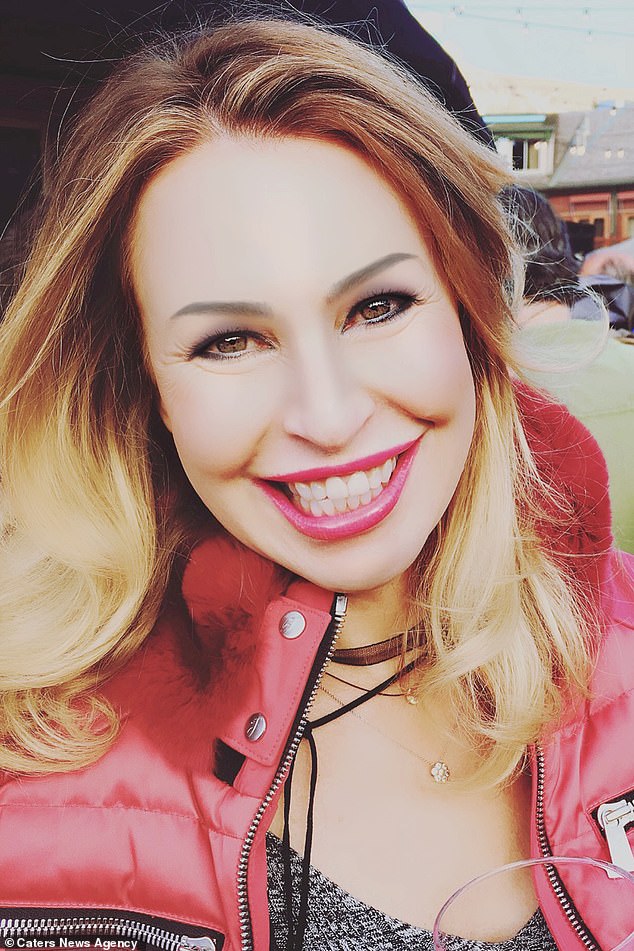 Symptoms caused Ms Watts to fall behind at work, which she says ruined her career as a project manager. She even blames the controversial implant for the break up of her marriage

Since having the device removed last week in a total hysterectomy, Ms Watts claims she feels ‘healthier and more alive’ than she has in years.

‘The Essure implant has stolen my career, it destroyed my health and my marriage and ruined my life,’ she said.

‘I felt so hopeless and had no joy. I was fatigued all the time and was just always sick.

‘But I felt a difference straight away after it was removed from my body.

‘This never should have happened with a device that was given to women everywhere under the pretence that is safe and won’t do any harm.’ 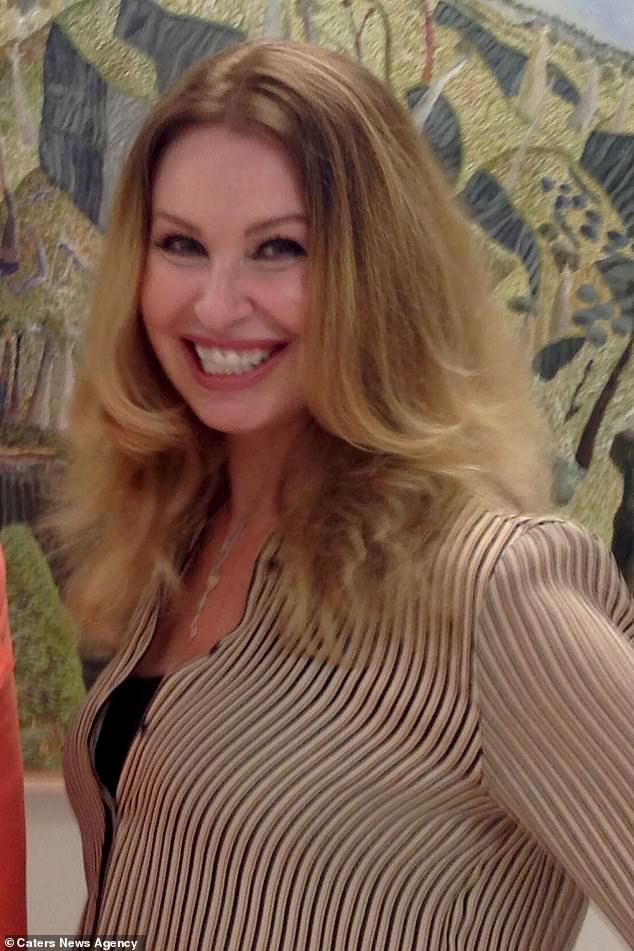 Ms Watts believes the implant caused her breast cancer diagnosis in 2011. Although not medically confirmed, she claims the device contained fibres that raise oestrogen levels. ‘My breast cancer was oestrogen-positive, meaning high levels likely caused it,’ she said

Ms Watts’ gynecologist Dr Stephen Robson claims he had never seen a contraceptive device pierce through the uterus before.

Her ordeal has added to his increasing concerns about the dangers of Essure.

‘When I was training as a specialist back in the 1990s in Adelaide, I worked with the inventor of the Essure device, Professor John Kerin,’ Dr Robson said.

‘I was his assistant when he was developing the devices. However, I never really used them because of concerns I had.

‘I placed a few sets of Essures back in the very early 2000s but have not used them since.

‘I have to say now I have increasing concerns about longer-term adverse effects of the devices, including pain.

He added: ‘As we saw with transvaginal mesh, there is no central register of women who have had Essure devices, so it is very hard to provide an exact estimate of the number of women who might have had a long-term adverse outcome.

‘I now have seen a number of women with possible adverse outcomes, so I certainly believe more detailed research needs to be undertaken as a priority.’

The Essure implant has come under fire in recent months after the Australian law firm Slater and Gordon announced a proposed class action against the device’s manufacturer Bayer in August – which would follow similar lawsuits in the US, Canada and Scotland.

Slater and Gordon claimed the action comes following an onslaught of complaints from hundreds of Australian women who allege to have experienced adverse side effects from the implant.

A spokesperson for Bayer said: ‘At Bayer we take our social and corporate responsibilities very seriously and we make the health and wellbeing of our patients, and the integrity of all of our products, an absolute priority.

‘Patient safety is of the utmost importance to Bayer, and we are always saddened to hear of anyone experiencing an adverse event with any medical device.

‘Essure was developed by Conceptus Inc. and placed on the Australian market in compliance with the Therapeutic Goods Administration (TGA) requirements.

‘While it was on the market Essure was maintained and updated in accordance with all Health Authority requirements to ensure the label reflected all current safety information and that information was distributed to healthcare professionals in a timely manner.

‘Essure is supported by an extensive body of research, including more than 40 published studies involving more than 200,000 patients worldwide over the past 20 years.

‘Women who currently have Essure in place may continue to use the device, and Bayer will continue to support healthcare providers in their management of these patients.’

WHAT IS THE ESSURE DEVICE THAT HAS CAUSED CONTROVERSY AROUND THE WORLD?

Essure is a permanent birth control procedure that involves inserting a tube into a woman’s fallopian tubes.

It is non-hormonal and causes the build-up of scar tissue that prevents sperm from reaching eggs and eggs from implanting into the walls of the uterus.

According to Essure.com, the device is 99.3 percent effective when used as the sole method of contraception.

Women who have had the device fitted claim it has left them in agonising pain, with some even being driven to the brink of suicide.

Essure launched onto the global market in 2002, with more than 34,000 women across the world complaining of side effects in the years since.

In July this year, it was announced that Essure will be discontinued in the US amid reports of thousands of women suffering excruciating pain, bleeding and allergic reactions.

Allergic reactions are thought to occur due to the device containing nickel and polyester.

The US Food and Drug Administration previously placed multiple restrictions on the device following patient reports of adverse events.

Such events included the device ‘migrating’ and even perforating organs.

In May, the FDA said doctors must show women a checklist of the device’s risks before implanting it, which caused demand for the implant to plummet.

Essure was first marketed in the UK in 2009. In August 2017, Bayer instructed hospitals to stop using it.

Although there had been a growing number of complaints against the device, Bayer insisted the product was is withdrawn worldwide for ‘commercial reasons’, with women preferring permanent methods of sterilisation.