A woman miscarried her baby and died after suffering a ‘catastrophic’ bleed in a maternity unit, an inquest heard.

College graduate Nana Momodu, 32, was admitted with abdominal pains over a weekend but suffered heart failure two days later when her placenta burst after medics failed to act on changes in her blood pressure.

She died whilst in surgery to have a hysterectomy with tests showing she had a ‘Placental Abruption’.

An inquiry by staff at North Manchester General Hospital later found doctors failed to communicate changes in Mrs Momodu’s blood pressure levels in the hours before her death. 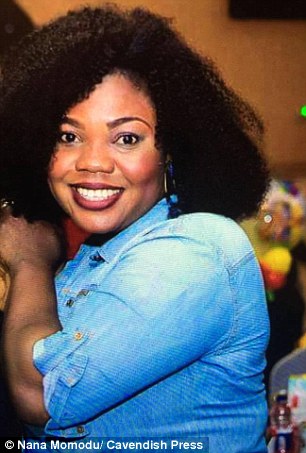 At the hearing a consultant doctor admitted failing to notice a drop in Miss Momodu’s blood pressure – but claimed it should have been ‘flagged up’ by colleagues.

He admitted failing to read a previous entry on notes which recorded two blood pressure readings.

Mother of two Mrs Momodu, of Middleton, Greater Manchester was 22 weeks pregnant with her third child when she was taken ill at 2.30am on October 10 2015 complaining of lower abdominal pains.

Upon arrival at the hospital she was given birth inducing medication and paracetomol following treatment by different members of staff including midwives, doctors and consultants.

Midwife Patricia Ashworth, told the Manchester haring: ‘She had a temperature of 35.3 [and] was freezing cold.

‘She said she had been throwing water over herself before her arrival. 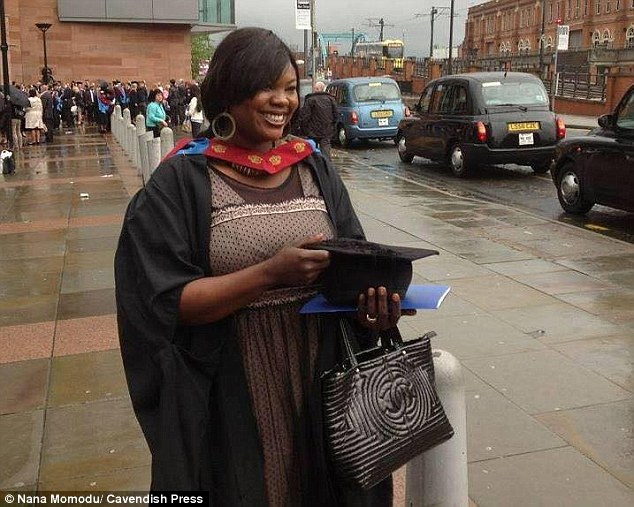 Upon arrival at the hospital she was given birth inducing medication and paracetomol following treatment by different members of staff including midwives, doctors and consultants

‘I put her on the bed and changed her clothes and listened to the baby but I couldn’t hear a heart beat.

‘I took her blood pressure which was low at 94 over 63 but at that point my mind was concerned about her temperature.

‘At this point I had no medical information and didn’t know anything about this lady.

‘The doctors came within about 10 minutes and that is when I found out what her her blood pressure reading had been before which had been 152 over 105, which was high.

‘When the doctors arrived she was scanned and we heard the foetal heart beat but very slowly. 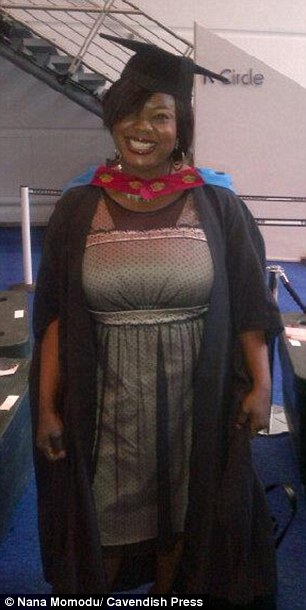 ‘She was told that prognosis for the baby was very poor at this time. Her husband was travelling to Nigeria at the time and she was making calls.

‘She was alert and talkative at this stage of her admission.’

Dr Kiranjit Bhullar, a registrar said: ‘The patient had presented with abdominal pain and my first thought was that she may be miscarrying.

‘The baby had a heart rate of 60 beats per minute which was very low.

‘At this point Mrs Momodu was relatively comfortable and I didn’t consider a placental abruption at that moment in time.

‘An abruption in someone that is 22 weeks pregnant is relatively uncommon.

‘I came back on shift that evening and she had been given birth inducing medication. She had decided to stay in hospital but didn’t need to be. I didn’t interact with on this occasion as I was told her condition had improved.

‘When I came back on shift on the Sunday evening, I was told her condition had deteriorated and she was hypotensive.

‘She was complaining of abdominal pain that was coming and going and she had been showing signs of blood loss.

‘By 11pm she was being treated for placental abruption and she was talked through different surgical options such as a hysterectomy. She voiced concerns about this and agreed to consent to the surgery only if it was life dependent.

‘A hysterectomy was performed but she went into cardiac arrest during surgery.’

‘Given the history that she had been throwing water over herself this would affect blood pressure. 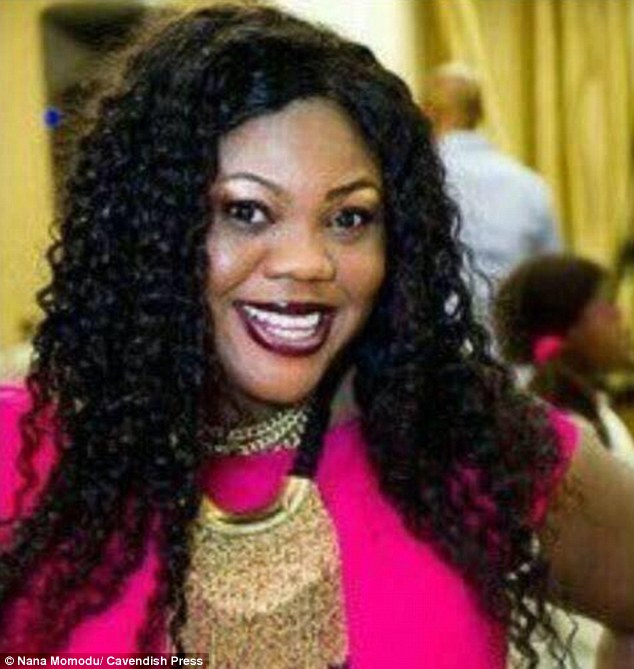 Mother of two Mrs Momodu, of Middleton, Greater Manchester was 22 weeks pregnant with her third child when she was taken ill at 2.30am on October 10 2015 complaining of lower abdominal pains

‘People’s first blood pressure reading always tends to be higher because they are anxious about their admission to hospital.’

Consultant Obstetrician, Olusola Ayinde told the hearing: ‘I first saw Mrs Momodu on the night she was admitted to hospital.

‘When I first saw her I thought she was having a late miscarriage. I think she was relatively stable when I saw her, she was in some discomfort but could communicate with us and there was no sign she was in any immediate danger.

‘If I had known about this change in blood pressure this would have changed my course of treatment. This could have been indicative of an internal bleed and a placental abruption.

‘I didn’t look at this result because we were busy but nobody bought this to my attention. Usually it would be one of the midwife’s job to alert me. 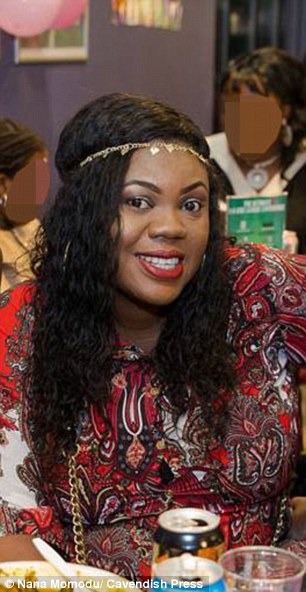 ‘There is one to one care and the midwife should have alerted me about this but nobody did, they would have known that bloods were sent off to the lab.

‘If I had known about this result I definitely would have changed my response.’

Pathologist Dr Emyr Benbow said the abruption was caused when the placenta separated prematurely from the uterus – causing ‘catastrophic bleeding.’

He added: ‘This can cause a sudden deterioration and cardiac arrest. For a 32 year-old, this could be due to many factors such as high blood pressure, familial or poor diet and diabetes.

‘She could have survived either of these alone but together they are very dangerous.’

The hospital and doctors were represented by various lawyers at the hearing.

Miss Momodu’s family who are yet to give evidence are not thought to be legally represented.

Her brother Abeni Momodu had previously said in a statement: ‘We took her to the hospital and they did some examination. They said the baby was dead already.

‘She was crying, “please get rid of the baby”.

‘They only gave her paracetamol for the pain at first but she was just getting worse.

‘Her stomach was swelling up and you could see she wasn’t right.

‘We got a phone call at about 1am on Monday morning and the hospital said her situation was now critical. By the time we got there she was already dead.

‘Why did they want her to have the baby in the normal way? She didn’t have the strength to push.’

‘The staff were just buying time to see if she could make it until Monday morning when more staff were available. They refused to take out the baby. There was no senior medical person to talk to. We feel let down and want the hospital to take responsibility for their errors.’

Pennine Acute, which runs North Manchester General, the Royal Oldham Hospital, Fairfield General and Rochdale Infirmary, has been branded ‘inadequate’ in a 2016 report by the Care Quality Commission.