‘Beautiful, kindhearted’ mother-of-eight dies after being ‘brutally bashed in her home in front of her children’

Crystal-Lee Selwyn, 38, died in hospital on Wednesday after being allegedly bashed in her Hamilton, New Zealand, home on Saturday

A mother-of-eight has died after allegedly being brutally bashed by the father of her children as they watched on.

Police launched a murder investigation after Crystal-Lee Selwyn, 38, was allegedly assaulted in her Hamilton, New Zealand, home on Saturday night.

Ms Selwyn was rushed to hospital with serious injuries.

She died on Wednesday after her life support was turned off when she was declared brain dead.

Reuben Paul Peeni, 36, the father of Selwyn’s youngest children, was arrested at the scene and charged with wounding with intent to cause grievous bodily harm.

He appeared in Hamilton District Court on Monday, before being remanded in custody.

Peeni’s charges will be reviewed before he reappears in court on December 2, police said.

The family of Ms Selwyn have remembered her as a ‘beautiful, kindhearted and loving mother’ whose life revolved around her eight children.

Ms Selwyn’s six youngest children, who witnessed the alleged attack, were taken to a motel after their mother’s death.

‘When life support was turned off it was just so hard to believe,’ Ms Selwyn’s sister-in-law Stephanie Peeni told Stuff. 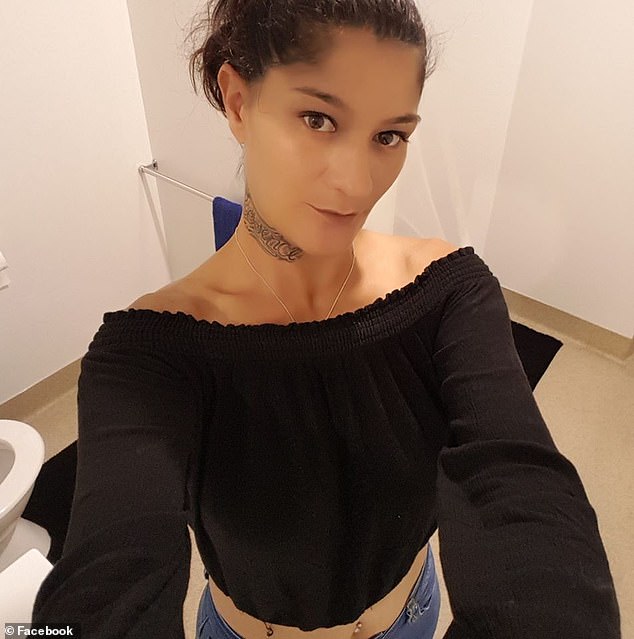 The family of Ms Selwyn (pictured) have remembered her as a ‘beautiful, kindhearted and loving mother’ whose life revolved around her eight children

‘Because she’s just such a strong tough person. Everyone thought she’d get through, but the injuries were just that bad.’

Ms Peeni said violence against women is a tragedy, and questioned why more neighbours didn’t do something when they heard screams coming from the house.

‘We need to be loud about it and not just brush it under the rug. Crystal can still have a voice through her family, through other people.’

A Givealittle donation page has been created to support the children, who are now being looked after by extended family.

‘These children have lost both parents in one day and need the support from those around them and complete strangers now more then ever,’ Ms Peeni wrote on the page.

‘Every cent will go towards helping raise Crystal’s children while they mourn the loss of their beautiful mama.’

‘The hurt and pain these babies will have to endure is only the beginning. Christmas is in one months time, the first without their mama.’

Police highlighted the importance of speaking out about domestic violence.

‘If you or someone you know is at physical or emotional risk, please let someone know,’ Hamilton police said.

‘There is always a choice to behave differently. Every person – and especially men – is capable of engaging in appropriate behaviour. It is everyone’s responsibility to support them with that.’ 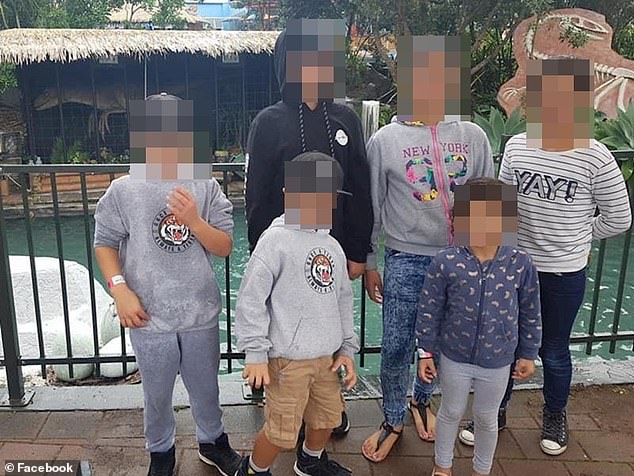 Ms Selwyn’s six youngest children (pictured) witnessed the alleged attack, and are now being taken care of by extended family