Jumbo effort! Mother elephant gives her calf a helpful shove as it struggles to climb over roadside barrier

Heartwarming footage shows a mother elephant helping her baby to jump over a concrete barrier to join the rest of its family.

At the beginning of the clip, the mother elephant is seen crossing the road and climbing over the barrier in the Gudalur of Nilgiris district in India on July 1.

A second elephant in the herd also makes it over the barrier but the youngest struggles.

It puts its front legs up but it can’t quite reach and tries to look for another way to get around to its family.

It walks along the road beside the barrier but the mother elephant isn’t far away.

She jumps back over to reach the young elephant. When she climbs back over, the younger elephant tries to climb over again. 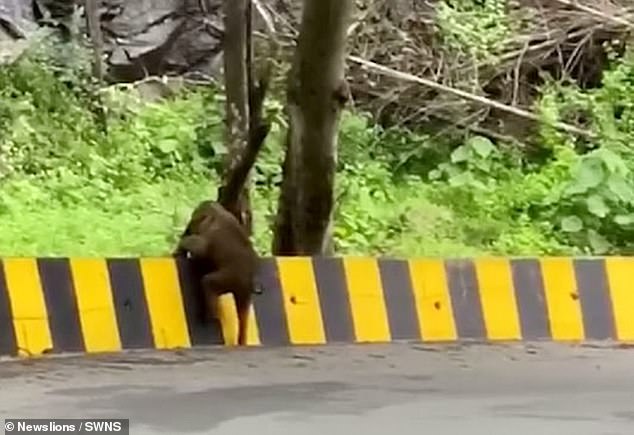 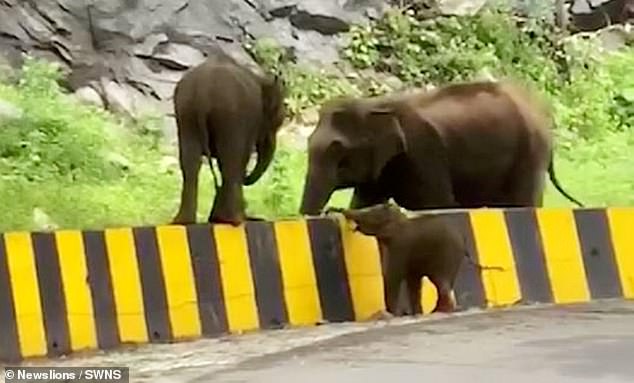 The mother puts her trunk on the back of the elephant to hoist the little one over the fence.

According to the reports, traffic was stopped to let the heard safely travel across the road.

A local said that people who saw the mother help the young elephant praised the care she showed the baby. 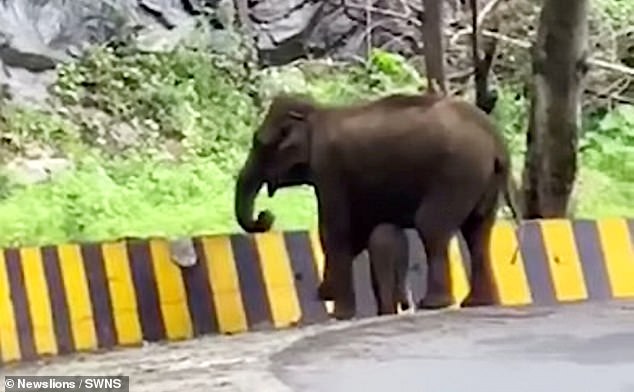 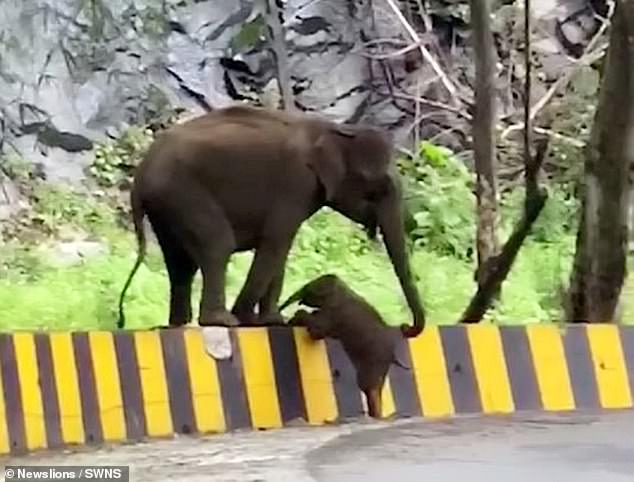