A new mother who was told her baby looks like ‘a raw chicken’ has vowed to take action against an online prankster and threatened the man with violence.

Shannon Kelly, from Glasgow, was enraged when she discovered a Twitter user had taken a picture of her newborn baby from her account – and put it side by side with a stock photo of a raw chicken carcass.

The poultry comparison by LorseHatitudes from London has sparked an almighty backlash from Scotland, over Twitter.

The picture shows the newborn girl wearing a light pink baby grow, with her arms up and legs up. The prankster put the image next to one of a plucked chicken with the caption ‘yer kid looks like a raw chicken pal’. 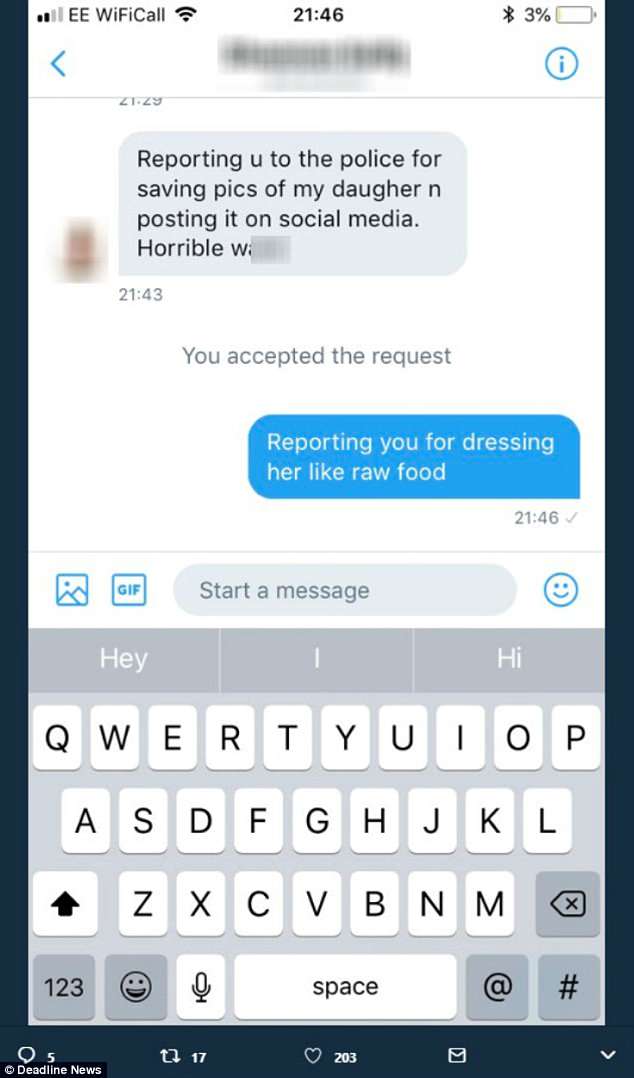 Mum Shannon discovered the post and sent a series of enraged messages to the unfazed prankster.

‘Think that’s acceptable to do? Her dad’s in London in three weeks. Let’s see what you have to say then ya f****** goon.’

When LorseHatitudes didn’t reply, Shannon wrote: ‘Reporting you to the police for saving pictures of my daughter and posting it on social media.

The troll responded: ‘Reporting you for dressing her like raw food.’

Speaking today, Shannon said: ‘I only saw the post because someone who follows me sent me the tweet via DM.

‘The man who posted it doesn’t even follow me it was so strange. I post pictures of my daughter because I’m proud of her and it was so disgusting and nasty seeing a random person try and bring her down, an innocent baby.

‘His tweet has been reported way over 100 times and still not been taken down or suspended yet all my friends who replied to the photo got their twitter deleted within seconds. 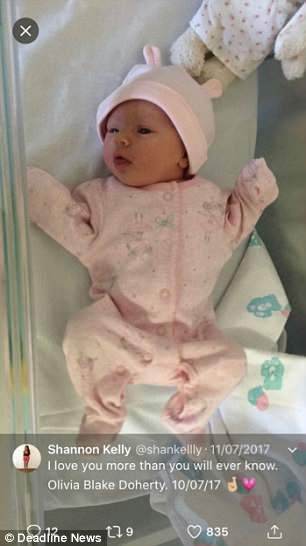 ‘The whole situation is just horrible and no mother should have to see their daughter get made fun out of over social media.’

Social media users were quick to back the mum and slam the Londoner for the tweet. Samuel J Cotterill wrote: ‘This is vile, people have no filter even when it comes to bairns.’

LorseHatitudes replied: ‘I’d be highly surprised if the bairn catches wind of this.’

Paige said: ‘Not going to lie you’re proper weird for saving a pic of someone’s child and trying to take the p*** out of it, at your big age?

While Eilidh fumed: ‘Why are you actually taking a dig at a newborn baby?

Like why would you even find that funny snooping on someone’s twitter to find a picture of a newborn baby, saving said picture and then making a tragically unfunny ‘joke’. What a sad life you must have to find that funny.’

And Elliotprice said: ‘What’s a desperate c*** taking pictures of a newborn baby and saving them, and then comparing them to a chicken all for some retweets and favourites. Get a f******* life you horrible paedo b******.

Reece Wilson commented: ‘That’s horrendous, you’re saving pictures of wains and trying to be funny slating them, you’re a beast.’

However, Soranistan joked: ‘Hope her parents don’t kiss her, might get food poisoning.’

Jamie added: ‘How are people offended by this?’