Mother jailed for trying to smuggle 12 migrants into UK

A mother-of-four who was caught with her boyfriend smuggling 12 Vietnamese illegal immigrants into the UK in a van of stacked tyres has been jailed for two years and nine months.

Katy Bethel was six months pregnant when the five women, four men and three children aged between 40 and 16 were discovered in the Mercedes Sprinter by border control in Coquelles, France.

The judge said her pregnancy was ‘good cover’ for the people smuggling operation, and told Bethel today that her children could not spare her from prison.

He said a deterrent sentence was necessary to prevent human trafficking gangs from preying on women with similar backgrounds.

Described by her barrister as ‘naive’, 28-year-old Bethel was a front passenger in the van while her then boyfriend and father of two of her children, Aaron Harris, was driving.

The illegal entrants were spotted when an officer at the UK control zone saw a pair of jean-clad legs sticking out of the piled-high tyres.

Bethel told a court she had no idea the people were concealed just feet from where she was sitting.

She insisted she and Harris had gone on a last-minute cross-Channel daytrip to stock up on alcohol to celebrate the impending birth of their child. 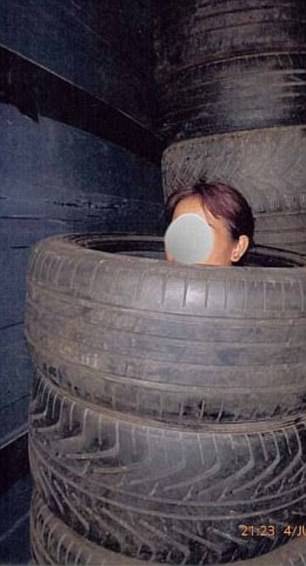 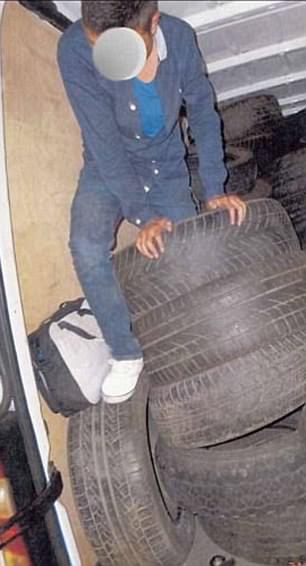 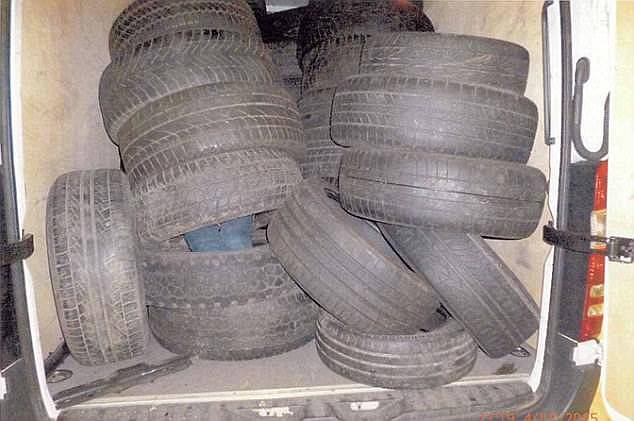 Bethel claimed she had gone to France to buy alcohol to celebrate the birth of her baby, but no alcohol was found inside the Mercedes van

However, a jury at Maidstone Crown Court in Kent heard no alcohol was found in the van and Bethel was convicted by a majority of 11 to one of assisting unlawful immigration.

Bethel was in tears at the verdict last month and sentencing was adjourned until today so she could make arrangements for the care of her four daughters aged between eight years and one.

Harris, 28, admitted the same charge at a previous court hearing and was jailed for five years.

According to his Facebook page, Harris once worked as an assembly line worker for Channel Tunnel Rail, and when arrested he told officers: ‘This is the daytrip from Hell. I’m usually a lorry driver not a criminal.’

Bethel and Harris are no longer together and sat apart in the dock.

The court heard the couple, both from Gillingham in Kent, were stopped at about 9pm on July 4, 2015, as they headed home via the Eurotunnel from Calais.

Harris told officials everything in the works vehicle belonged to him, except the tyres which were his boss’s. Bethel claimed they had been to the beach. 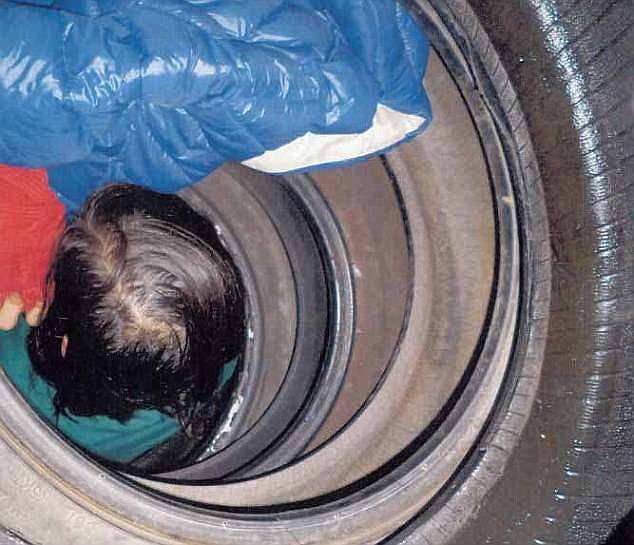 Prosecutor Michael Morris said: ‘Upon opening the doors the officer saw what appeared to be jeans or jeaned-legs within the tyres.

‘He asked ‘What’s that then?’ and Aaron Harris replied ‘How did he get in?’

‘There were 12 Vietnamese nationals concealed in that load of tyres. All were illegal entrants trying to get into the UK.

‘The tyres were loaded on top of them so they were in the centre of the piles of tyres.’

Judge Philip Statman remarked the Vietnamese group were in ‘a very sorry state, distressed and looking pretty much down at heel’.

Almost 70 calls and texts were made between Harris’s and Bethel’s phones and an unknown number during the four-hour trip but Bethel said she did not pay attention to what her boyfriend was doing. 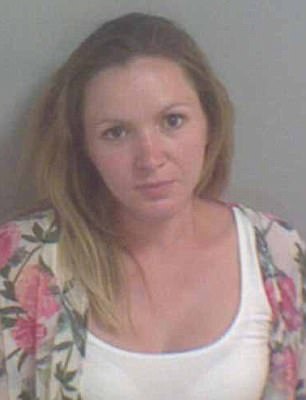 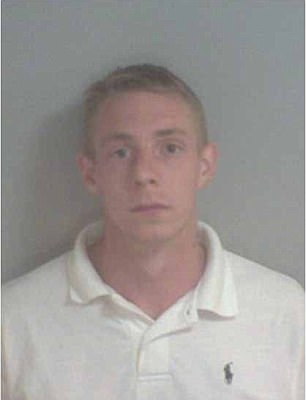 Both Bethel and Harris (right), who was driving the vehicle, were jailed by a British judge today

Her phone was also used to make numerous internet searches for van hire.

Sophia Stapleton, defending, said while she was ‘a party’ in the people-smuggling enterprise, she did not have a prominent role.

‘She was a passenger, she was heavily pregnant and would have been unable to move those tyres,’ she added.

Harris has been in custody since he pleaded guilty in January this year, having originally denied the offence.

He has eight previous convictions for 16 offences but nothing similar.

Judge Statman remarked that there was no humanitarian motive for the offence and accepted others higher up the chain were involved.