A young mother died when for ‘unknown reasons’ her car went plunging off a bridge into the towpath below.

Police say the grey vehicle ‘left the road for unknown reasons’ and mystery continues to surround the exact circumstances of her death.

The crash left another woman, 20, in hospital and saw two men, aged 24 and 25, arrested on suspicion of dangerous and drink driving offences.

Mother-of-one Ms Heweson was today described as ‘the most beautiful, kind, loving person’ by her family.

Karly Heweson, 21 (pictured with her son Joshua) died after her Seat Ibiza fell off Prison Bridge in Devizes, Wiltshire late on Monday night

In a tribute, her family said: ‘Karly was the most beautiful, kind, loving daughter, sister, granddaughter, niece and cousin a family could ever ask for.

‘She was a free spirit and wonderful young lady with so much to live for.

‘Just under two years ago she became a mother to beautiful Joshua, giving us the most precious grandson.

‘Karly was a fantastic mum and we were looking forward to making lots more happy memories with her and Joshua.

‘It is impossible to put into words just how devastated we are to have lost our Karly so suddenly and in such tragic circumstances – the pain we feel is indescribable and she will leave such a huge hole in our lives.

‘Her energy, beauty and love of life will live on in her son JJ.

‘We’d like to thank everyone who has sent us messages of support – we have been overwhelmed by your kindness and the sheer volume of messages is a testament to just how popular Karly was.’

A Wiltshire Police spokesman said: ‘At approximately 11.10pm we received a 999 call to a report of a single vehicle collision in Devizes.

‘Officers from our Tri-Force Roads Policing Unit and Collision Investigation Unit attended the scene and closed the road for approximately seven hours while a full investigation was carried out into the collision.

‘The vehicle involved was travelling along the A361 Bath Road towards Caen Hill, when for reasons as yet unknown, the vehicle left the road at the bridge known locally as Prison Bridge. 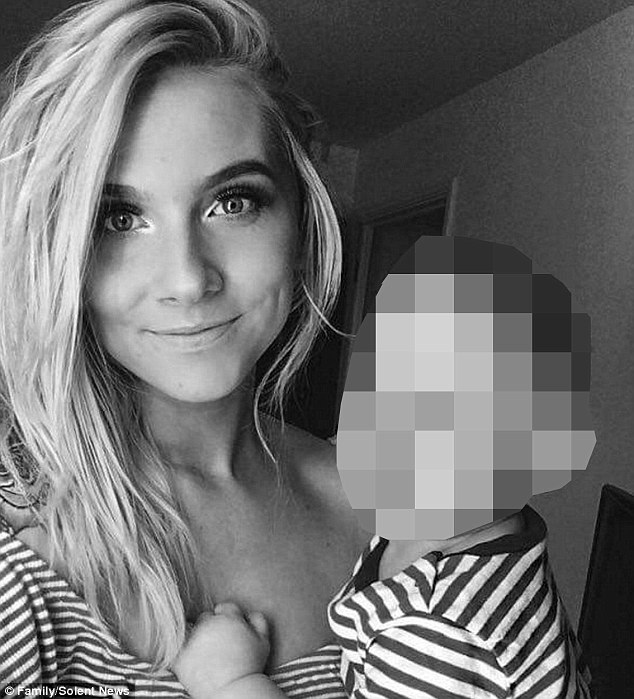 Mother-of-one Ms Heweson (pictured with son Joshua) was today dscribed as ‘the most beautiful, kind, loving person’ by her family.

‘We’d like to ask for any witnesses to the collision, or anyone who was driving in the area who may have dash-cam footage of the collision, to please get in touch immediately.

‘A 24-year-old man from Devizes was arrested on suspicion of possession of a class A drug, drink driving and causing death by dangerous driving.

‘A 25-year-old man from Devizes was arrested on suspicion of drink driving and causing death by dangerous driving.

‘Both have been released under investigation while enquiries continue.

‘The other female, aged 20, remains in Southmead Hospital – her injuries are not believed to be life-threatening.’