A 56-year-old woman has revealed how she shed nearly half her body weight after coming to a shocking realisation she needed a seatbelt extension on a flight.

Nata Re, from Sydney’s Caringbah, used to eat 14 meals a day without exercising – a lifestyle that saw her tip the scales at 118 kilograms at her heaviest.

But fast forward, the mother-of-two now looks unrecognisable after she lost an incredible 56 kilograms in just 18 months.

She went from a size 24 to 14 following a fitness regime and changing her diet.

Speaking to Daily Mail Australia, Nata said her turning point came after she was left feeling humiliated when she was unable to strap herself into her seat on a plane.

‘I wanted to curl up and disappear,’ she said.

‘I was so embarrassed. I remember pulling the seatbelt thinking it was stuck until I realised it just didn’t fit.

‘The hostess was lovely but I just wanted the ground to swallow me up. Asking for the seatbelt extender really broke me, I had to fight back tears.’

Despite not having a sweet tooth, Nata said she would eat large portions of foods, including her homemade muffins, pasta and pancakes.

‘I was constantly eating,’ she said.

‘I think food soothed me. I was working full-time at home so it was easy for me to bring in a whole lot of food. I was sitting down all day at my desk.

‘Basically, I used eating as a tool to comfort myself with everything.’ 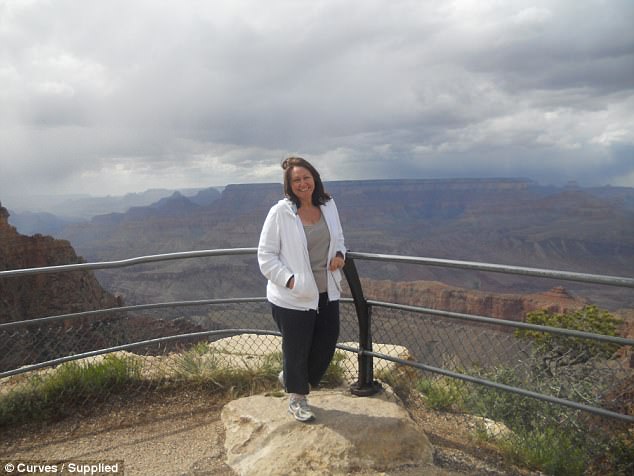 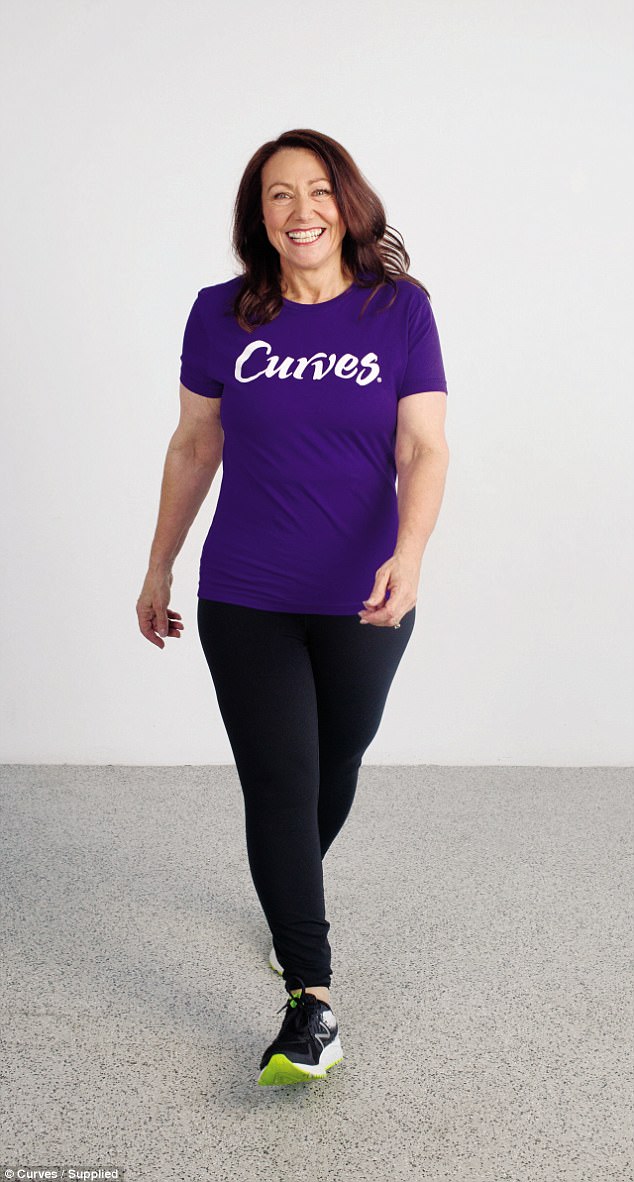 BREAKFAST: Omelette – two scrambled eggs with spinach, mushrooms and tomatoes. Half a banana

She believed her weight gain spiralled out of control after suffering excruciating pain following a serious car accident at the age of 22.

‘I didn’t deal with it well. I had constant pain from my back down to my legs,’ she said.

‘The car accident really put me on a rollercoaster.’

Nata, who was struggling with mental and physical pain, was also diagnosed with arthritis – and eventually, she was eating 14 times a day.

‘Arthritis had set into most of my body so exercise was torture,’ she said.

‘My marriage, two children and running a business made it easy to hide behind being busy, tired and in pain.

‘I used to graze all day until I started writing down what I ate – it ended up being 14 times a day.’

And in between her three main meals, the mother said she would find herself snacking, including late-night toasties.

‘I didn’t eat any bad foods – it was mostly my homemade cooking. But I was eating large portions – to a point I was thirsting – I was eating until I was full.’ 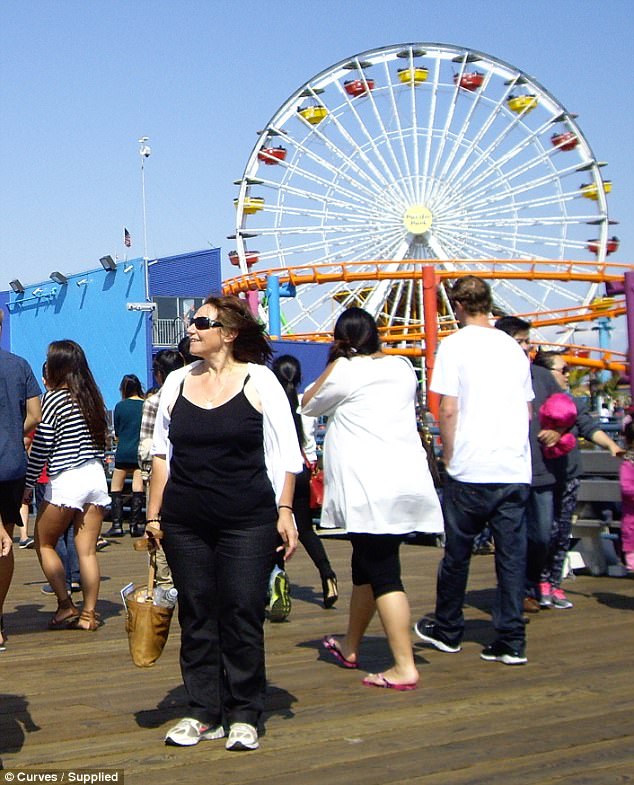 Nata said there were hardly any photos of herself because she used to hide from cameras and she would never own a full-length mirror.

‘I avoided everything,’ she said.

‘I never wanted to go anywhere or do anything for myself. I didn’t have any nice clothes to wear. I didn’t like shopping because I could never find anything nice.

‘I used to be fearful when I got social invitations my first thought was, “how do I get out of it”. I was really good at coming up with excuses.

‘I was known as “Mrs Excuses”. I knew all the excuses under the sun just to get out of an invitation.’

She revealed how travelling on a plane finally prompted her to lose weight after she was forced to ask for a seatbelt extension.

Feeling ambitious, she signed up to Curves in Caringbah where she also joined a 12-week challenge.

Here, she would undergo a 30 minute circuit – a combination of cardio, strength training and stretching.

‘I was doing this twice a day – one in the morning and in the afternoon,’ she said.

‘Between each machine I have a little fun and dance, or do some boxing moves or jog on the spot.

‘Apart from the circuit, I would do an hour of walking a day or I would try and walk my dog twice a day.’

She overhauled her food intake by following a healthier lifestyle where she would cook all her meals at home – and she also eliminated carbs from her diet.

‘The thing I learned most is my portion control. Portion control is key and that was the hardest to master,’ she said.

‘I would snack on my own homemade hummus with celery and carrot sticks. I would now eat snacks twice a day – and that includes nuts, yoghurt or an apple.

‘For dinner, I would eat whatever I’m making for my family. I cook with less oil and there are no deep fried foods.

‘No one is deprived. My family loves pasta, so if I’m making pasta for them, I would make myself a lovely zucchini pasta.’ 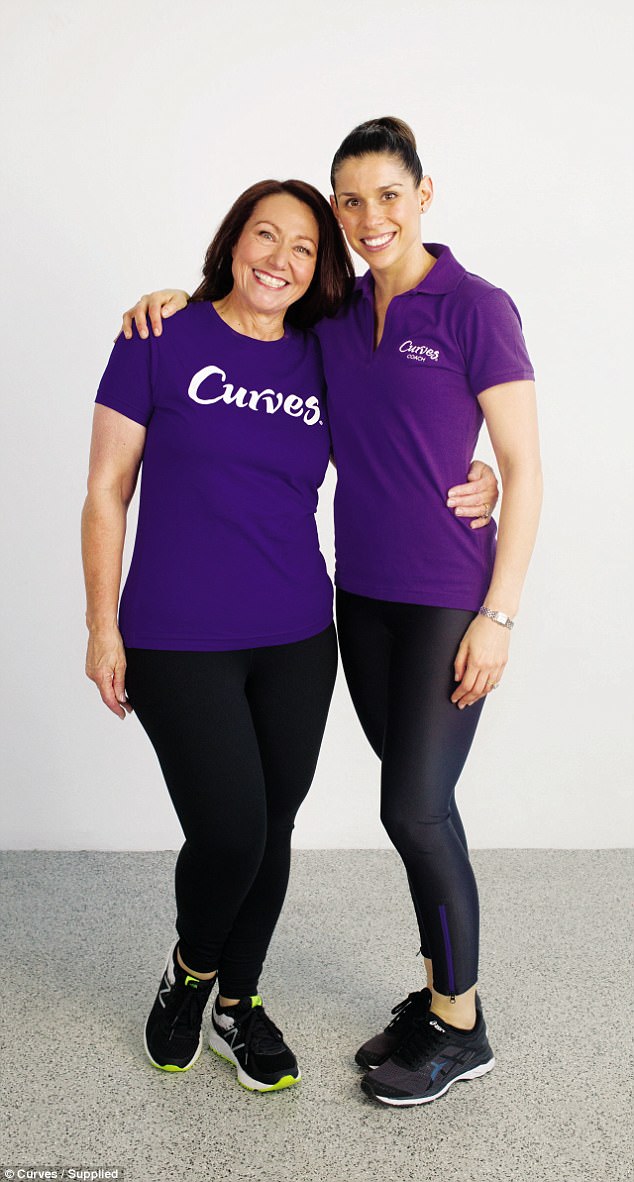 Nearly two years on, Nata said she feels more happier and energetic – and she no longer has inflammation from her arthritis.

When she walks past a mirror now, Nata said she has to do a double take.

‘It feels really nice. I feel so much more comfortable now,’ she said.

For those struggling to lose weight, Nata said: ‘The old saying goes: “Every journey starts with a single step”.

‘If it’s just 15 minutes a day, that’s better than nothing,’ she said.

‘If you lose one to two kilos in a month, it’s a start – carry a bag of potatoes and you can see how heavy that is. Also, try and find a good exercise regime.

‘Finding the right support network for you is also important, and be committed, it’s okay to veer off path if you get back on it.

‘For me it was making slight tweaks rather than a huge overhaul. I started with 30 minutes a day, three to four times a week and cutting down on my late-night toasties.’